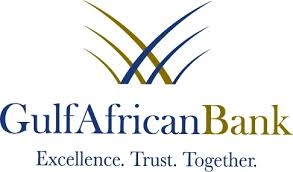 The late Greek shipping magnate Aristotle Onassis once said that it’s during our darkest moment that we must focus to see the light. No one understands the meaning of this quote better than Gulf African Bank (GAB) Chief Executive Abdalla Abdulkhalik.

In 2007, GAB wanted to venture into Shariah compliant banking to take advantage of the largely unbanked Muslim market, which accounts for about a fifth of Kenya’s population.

Surprisingly, when the idea was floated, it failed miserably. This is because the Islamic banking concept was new in Kenya — both to the regulator and the public.

Fortunately, the government, through the Finance Act of 2010, amended section 45 of the Central Bank Act to allow CBK to recognise payment of a return rather than securities with the aim of opening up a spectrum of Shariah compliant investment in the country.

Similarly, Section 16 of the Banking Act was amended to allow for the payment of a return rather than interest on saving products in the banking industry.

As such, in August 2008, GAB became one of the first local banks to be licensed by CBK to offer Shariah compliant products.

Abdulkhalik notes that when he joined the bank as CEO in 2013, customer service was top on his agenda.

“What I noticed in this market is that however innovative you can be in terms of product, two or three months down the road, that product will be copied or probably improved on by someone else. The only differentiating factor in this market is customer service.”

For instance, he says GAB is the only bank in the region with a salary advance product which is able to avail its salary account holders 30 per cent of their net pay per month up to a maximum limit of Ksh100,000 (US$1,000) and a minimum facility size of Ksh3,000 (US$30).

“The product, one of its kind and with unique customer-oriented features, goes a long way to show the bank’s commitment to customer needs. It is an extension of the bank’s CSI, being free of charge.”

In terms of acceptance from the public, Abdulkhalik says the Muslim community embraced the product very quickly, unlike non-Muslims.

However, they have managed to shift perception that products offered by the bank are also meant for the non-Muslim society by carrying out an aggressive awareness campaign through the media.

“We are not selling the Islamic faith, but a banking concept, which is Shariah banking and is characterised by low transaction charges. More Kenyans have embraced this concept and this is good news.”

Since its inception in 2008, Gulf African Bank has been aggressive in business, with sizeable growth over the years.

According to the CEO, this growth is attributed to management’s efforts to diversify revenue sources by introducing more services and enhancing efficiency through cost management initiatives.

On the positive side however, there was increased efficiency, with the bank’s cost income ratio improving substantially from 66.1 per cent in 2014 to 54 per cent in 2015.

Irrespective of this impressive growth, the CEO says that challenges still exist.

For instance, he notes that the introduction of specialised products in the Kenyan banking industry no doubt comes with its fair share of challenges.

First, section 16 of the Banking Act of Kenya requires banks to pay interest on savings accounts as long as the minimum balance is maintained. This is contrary to Shariah Law which strictly prohibits the payment of interest.

Secondly, in line with current CBK regulations, banks are mandated to collect tax from earnings of Islamic deposits, which is not an acceptable practice in other Islamic markets.

Finally, the model requires a more evolved legal and regulatory framework which could facilitate a quick rollout, either as a wholly owned subsidiary or a window.

However, Abdulkhalik says CBK is currently formulating policies and regulations to regulate Shariah compliant products to depart from the current practice of subjecting them to conventional banking regulations.