Health Experts Call for Partnerships to Improve Access To Healthcare 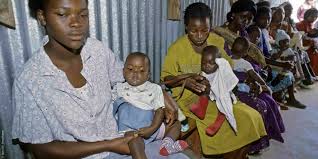 Experts drawn from the pharmaceutical industry have called for strategic partnerships between both the public and private sector to improve healthcare delivery in the sub-Saharan region.

Speaking during a conference on Improving Access to Medicines through Partnerships in Sub-Saharan Africa organised by Takeda, a pharmaceutical company, the team of experts noted that a majority of patients arrive too late for healthcare due to lack of awareness on health issues or lack of access to healthcare facilities.

Josh Ruxin, the Co-Founder and Executive Chairman of Goodlife Pharmacies keynoted the conference and said there was a need to rationalize healthcare systems and channel funds toward increased access to basic health services and access to essential medicines.

“Billions of dollars have been pumped into the sub-Saharan region to combat ailments such as HIV/AIDS, Malaria and Tuberculosis often yielding tremendous results. However, the tide has changed. Other diseases, especially Non-Communicable Diseases (NCDs) such as heart disease, diabetes and cancer are now the leading cause of death” said Mr Ruxin.

According to data from International Finance Corporation, sub-Saharan Africa is ranked as having the worst health on average in the world. The region has 11 percent of the world’s population but carries 24 percent of the global disease burden.

Ruxin noted that in Kenya alone, Non-Communicable Diseases account for more than 50% of total hospital admissions and over 55 per cent of hospital deaths. Disease such as cancer, hypertension, and diabetes are becoming commonplace due to more sedentary lifestyles and shifts in eating habits.  Sadly healthcare is increasingly become an economic burden to the family unit and a leading cause for emerging consumers to fall back into poverty.

It is now estimated that Kenyans spend about Ksh10 billion annually overseas on cancer treatment. Mr Ruxin noted that it was critical for the renewed effort to improve healthcare in the region focus on developing sustainable, mutually beneficial partnerships that span from the public to the private sector.

The barriers to quality affordable healthcare that have created a conducive environment for the epidemic growth of NCDS can only be addressed when all stakeholders collaborate to tackle issues such as improving diagnostic capabilities, access to quality and affordable medicines and universal health insurance.

Mr. Ruxin said Goodlife Pharmacies – which is backed by Leapfrog Investments and the IFC — has played a critical role in bringing down the price of quality medicines by building a large pharmaceutical chain that can negotiate better prices with drug suppliers.

“One of the challenges the region has had is the existence of standalone pharmacies that purchase medicines in small quantities and pass on the higher cost to consumers,” he explained. He continued, “The wealthiest people in the world – in Europe, the US, Japan and elsewhere are paying lower prices for quality drugs because they are buying from providers that operate at scale.  The private and public sectors must address this dissonance which is costing consumers in the region money, and sadly, lives.”