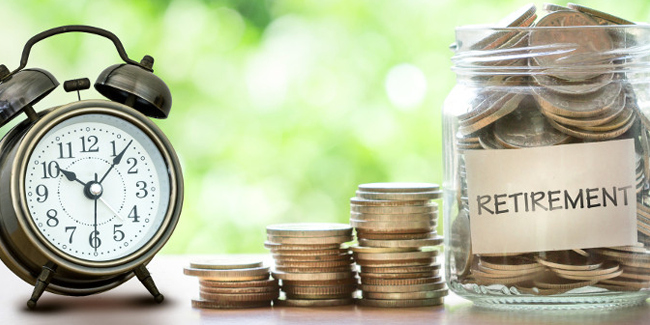 Despite growth in the pensions sector most Kenyans are not saving. This firm is changing that.

The retirement and pensions industry in Kenya has experienced enormous growth over the last couple of years. Total value, governance and even service to the members has improved. Data from the Retirement Benefits Authority (RBA) indicates that about 3.2 million Kenyans were covered under pension plans by June 2017. This was up from the 2.82 million Kenyan covered in 2016.

The increased coverage saw an 18 per cent increase in assets under management by all pension schemes to KSh1.08 trillion last December 2017, from KSh912.66 billion reported in 2016. Out of this, National Savings Security Fund (NNSF) controls about 25 per cent which represents KSh250 billion worth of assets.

Despite this impressive growth, most Kenyans will sadly be heading towards an inadequately funded retirement. Only 20 per cent of the employed population are saving for retirement. The remaining, short of adequate income, will lack resources that will enable to live independently or even afford healthcare post their working life.  Chances are, they will rely heavily on their family members or children. However, over time, this solidarity dwindles as physical distance grows. Sometimes, family members also experience their own financial difficult situations and are unable to support them.

Enwealth Financial Services, a pensions fund company is helping retirees settle well into their retirement years. According to the company’s CEO Simon Wafubwa, retirement does not have to be a dread for Kenyans, it should be a moment in time that most people should often look forward to.

Enwealth previously known as Liberty Pension Scheme before rebranding in 2016, has a varied client base, from individuals to non-profit organizations to public and private sector organizations. The firm has grown its portfolio over the last three years to Ksh55 billion and over 2,000 members.  The drawdown income also grew to one billion in the last three years. Enwealth now commands slightly above five per cent of the market share.

The rebranding, Wafubwa says gave the firm a good strategic positioning in the market in terms of charting a unique identity in the market. “The main focus has been to ensure that we rope in more members and help them secure their future as we reduce the gap. In addition we want to greatly contribute a portion of what the pensions sector contributes to the national development of the country.”

Key to the firm’s success of bringing into fold un-pensioned Kenyans and institutions has been a range of innovative offering. “Our target has been sections of the populations that most pension funds have ignored. This include small non-profit organizations, community based organizations as well as SMEs.”

One of the standout products the firm has introduced to the market include Anaya Post-Retirement Health Care Fund. This according to Wafubwa, was in response to the growing need for healthcare services. “We realized that healthcare cost is among the biggest challenges retirees face. With just USD20 per month, Kenyans can have access to healthcare service from over 400 hospitals in Kenya and abroad as well.” Unlike other covers, the fund, according to the CEO, covers high-risk and pre-existing conditions for retirees.

Conventionally, pension funds targeted employees in the formal sector. Deductions were made from the members’ payroll. This made it a challenge to target the self-employed or those in the informal sector.

“Key to overcoming this has been adoption of technology. We need to have more models that can integrate behavioral economics into the ICT platform and tap into their spending and value chain analysis.”   Wafubwa lauds the efforts innovations such as ‘Mbao pension plan’ by the Retirement Benefits Authority, targeting the self-employed.

Wafubwa reveals that Enwealth will soon roll out a product that will adequately serve this population. “A year and a half ago we partnered with Strathmore University to give us a depth of understanding on what happens to that market so that we respond to their needs.”

The fund administrator also acts as a corporate principal officer for its clientele while undertaking pension settlement trust services, as well as providing other scheme advisory services.

Like most pension administrators, Enwealth has been keen on investing on fixed incomes and equities. In Kenya, most pension administrators invest in traditional assets such as equities and fixed income securities.  Fixed income has the largest share of investment by pension funds at 70.8 per cent in the three months to September 2017.  Equities, properties and offshore investments on the other hand stood at 23.9 per cent, 3.9 per cent and 1.4 per cent respectively. However, there has been push for pension funds to divest into other segments such as infrastructure financing.

Infrastructure needs in Kenya are vast with need of about US$4 billion per year, creating an opportunity for long term institutional investors, particularly pension schemes.

“The law for a long time did not support infrastructure funding. But there is already an amendment that will allow for public private partnerships, where public funds can be invested in such projects.”

Already the Kenya’s National Treasury is anticipated to present a proposal in the next financial year’s budget to review asset classes which pension schemes can invest in.

Wafubwa who has over 15 years’ experience in the pensions industry says among the challenges members face in accessing housing includes the high cost of land, houses, affordable financing or even the time and know-how to develop land already acquired.

The firm is addressing these challenges by pooling together resources to facilitate the construction of quality houses, financed through pension backed mortgages and collaborative partners for affordable housing development.

Through this product, scheme members will be able to benefit from home ownership. “Our property investment strategy is based on the realisation that property is an asset class just like bonds, equities and offshore investments.”

In a bid to grow its market regionally, Enwealth recently moved into Uganda and South Sudan. “Uganda and South Sudan were strategic areas for us and the growth potential is amazing. The culture, proximity and a number of institution that come to set base here in Kenya have branches in these two countries.” He adds that social security in Kenya and Uganda are almost similar despite the fact that unemployment rate in Uganda is high compared to Kenya and the cost of labor much lower.