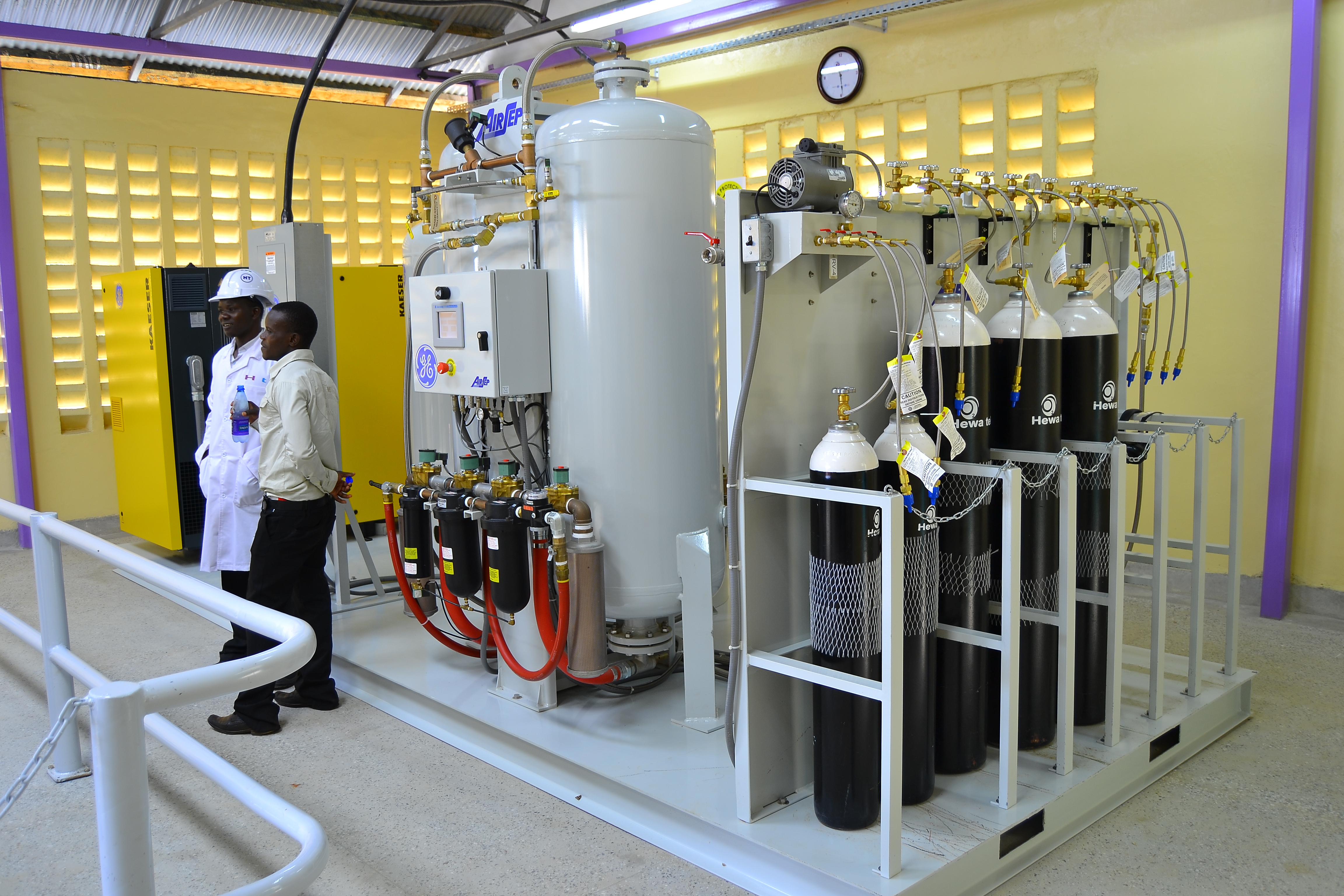 Through the NGO, the medics address emergency oxygen therapy to patients with respiratory challenges, offering them rare opportunity to live

It was a horrific ordeal as parents watched their children and infants slip away one by one in an Indian hospital, mid August, due to dispute over supply of oxygen.

In a span of 48 hours, the about 30 children died at a hospital in the northern Indian state of Uttar Pradesh after its supply of liquid oxygen was allegedly disrupted over an unpaid bill, The Washington Post reported.

“We saw children dying around us,” Vijay, a father of one of the victims reportedly said. “Obviously, it’s the hospital’s fault. So many children have died because of them. My son was fine until nighttime, then something wrong happened.”

Two more children would later on die the following day at a Medical College in Gorakhpur as authorities worked out to offer supplementary supplies. Unfortunately, howevertragic the incident may appear, it is not just Asia’s affair.

Hypoxia (hypoxemia) causes some of the biggest healthcare challenges to patients in various hospitals globally. When the body doesn’t have enough oxygen, webMD reveals, things could get worse.

Thus patients, majorly offered life support through artificial ventilation or those that suffer from lung diseases such as pneumonia and bronchitis, anemia, heart problems and other ailments that hold back breath, could suffer devastating symptoms such as changes in colour of skin, cough, confusion, fast heart rate, rapid breathing and shortness of breath, among others, which would later lead to death if an emergency medical therapy is not provided urgently.

Oxygen therapies, however, are expensive and may be limited to a variety of hospitals, making it difficult for many lives to be resuscitated.It’s in a bid to address some of these challenges that Centre for Public Health Development (CPHD), a non-governmental organization based in Nairobi, founded Hewa Tele in 2013.

The brainchild to the organization, DrBenardOlayo, had seen many people from the high HIV prevalent Suba,where he lived,suffer in the hands of medical staff who lacked quality training to handle such situations. Medical facilities were also not as equipped.

After his medical degree from Moi University, he was airlifted to Harvard School of Public Health to do masters in public health. And it was while having his studies that he lost his job in his native Kenya during the lengthy stay abroad. Undeterred, Dr. Olayoraised fees from his mentors and through their friends to finish his studies.

Jobless but with a burning desire to impact knowledge tohis country, the doctor worked with locally-based international agencies, serving under Millenium Villages Project to Marie Stopes and later GE (General Electric) before setting up CPHD.

In 2013, after an assessment in western Kenya revealed that ‘hospitals in the region had huge need for oxygen,’ and usually had to go collect the drug from Kisumu, a further distance that involved funds and transport, the NGO founded Hewa Tele in a bid to address the challenges.

“This (distance) meant that patients often had to wait or even go without this essential drug,” the enterprise says in a statement.

“CPHD thought: What can bring oxygen closer to facilities and would also ensure it was cheaper? It came up with the idea of setting up an oxygen plant on hospital premises. The plan was set into motion.”

“Oxygen was 13 times more expensive in Sub Saharan Africa in comparison to the western countries, henceunsustainable to many people. But our model has reduced the costs by 30 per cent. We’ve also trained various hospital staff on safety, benefits and usage of the medical therapy,” DrAdudans says.

“And the public private partnership has enabled us address the highly capital intensive program to facilitate our ‘save a breath at a time’ model in our counties.”

So far, the plant has distributed oxygen to at least 90 facilities across almost five counties in western Kenya. Some 150 healthcare workers from these facilities have also been trained, while almost 40 per cent of surgical activities have been supported. Accessories like oxygen masks, tubings, cannula and pulse oximeters have also been supplied.

But GE has been a key player in this program. Other than GE Foundation directly funding the initiative, it has trained the social entrepreneurs through its healthymagination mother to child program. Dr. Adudans was part of the first cohort of social entrepreneurs to benefit from GE’s six-year, US$6billion (Ksh621.3billion) program that aims to invest and innovate in ways that break through cost, quality and access barriers to health for individuals and health systems.

“Social entrepreneurs are essential to meeting our agenda as they are directly impacting lives in the grassroots. They can therefore help us deliver our healthcare programs,” Wells says.

Other than training, it’s here that Dr. Adudans says he negotiated with a number of investors, among them a Canadian investor who’s shown commitment to finance two more facilities; a plant in Nakuru and Nairobi.