I sold my wedding ring to raise cash for business 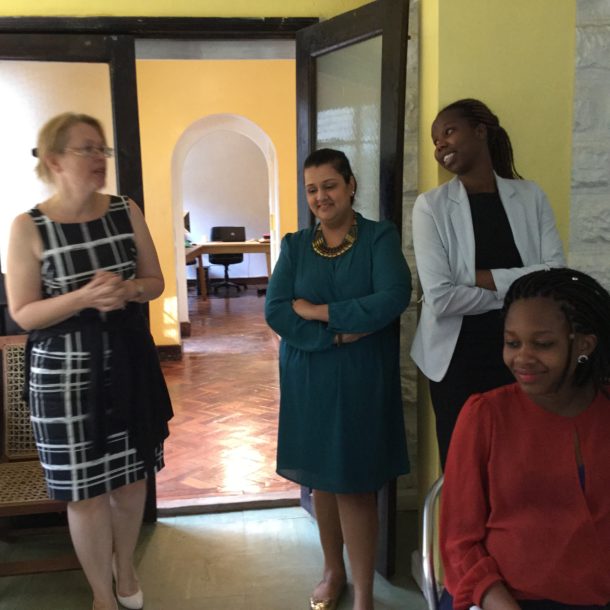 In the last five decades, Kenyan media has blossomed into a vibrant industry from a single broadcaster controlled by a de facto one-party state to hundreds of media outlets on digital platform.

With such milestones, coupled with a relatively socially responsible space, the country’s media has become one of the major industries in Africa, attracting both local and international investors.

Among them is Jenny Luesby, a passionate media mogul on an overwhelming mission to fly her firm to distant horizons.

However, before focusing on the Kenyan market, Luesby had worn various professional hats as a business journalist, serving as report writer and duty editor for BBC, author and analyst at Economic Intelligence Unit (EIU) and industry correspondent, news editor and reporter with Financial Times.

She also had a stint at France’s Decision News Media where she served as editor-in-chief and editorial director before jetting to South Africa to globalise the news service for Mineweb.com, a web-based international mining publication focusing on mining, investments and finance.

It was while pursuing her professional mission in 2007 that she was contracted by Nation Media Group (NMG) to act as the launch consultant for its new daily business newspaper, Business Daily, which was set to launch within the first quarter of the year.

“When I was recommended to NMG by the International Institute of Journalism to act as a trainer and launch consult to the business newspaper, it was an irresistible opportunity. I had previously worked in the country for BBC and took a Masters Degree whose thesis was on Kenya. The country was a special place for me,” she says.

However, during the course of her career at East Africa’s largest media house and at a time when political tensions were heightening in Kenya, an idea struck her.

“Why not engage Kenya’s online media platform constructively into one with a direct societal impact?”she thought, resulting in the birth  of African Laughter, a public relations firm, with three employees and about Ksh2million capital.

According to the entrepreneur, as a market test-gauge, and privy to the high unemployment levels in the country, she started off with a service that specialised in listing jobs and providing human resource tools to individuals, a move that aimed at generating cash to create more editorial websites.

Later, Luesby says, her company partnered with AccessKenya, a communication and IT infrastructure service provider,to offer public relations services in a deal that lasted two years.

“Even though the contract ended after two years, it was a huge project for us,” the director says.

Unfortunately, in 2010, the firm underwent a devastating moment when it lost its computers twice to burglars and found itself in the middle of property wrangles which immensely affected its operations.

To add salt to a fresh wound, the same year the company was defrauded of over Ksh1million by its administrator, a development that left Luesby wondering whether she made a wrong decision by venturing into the business.

“I was hopeless. I spent time asking God whether I had made the right decision on the business,” she says.

To set the firm back on its feet, the economist sold her wedding ring, a spare cell phone and borrowed money from Chase Bank.

Nine years later, the risks are paying off as the firm now offers a wide range of services from PR, contract publishing, e-marketing solutions, consultancy and training, while its staff and revenues have increased to 20 and about Ksh35million consecutively.

“In some very subtle background kind of way we have changed our bigger agenda. This has been a project of passion,” says the business commentator, adding that the firm culturally undertakes comprehensive three-month training for new staff.

Additionally, the firm runs an independent news agency supplying content to both local and international newspapers, with over 1,000 bylines in NMG publications, Standard Group newspapers, some magazines and foreign news services.

Cognisant of its milestones, the firm has been accorded both local and international awards.

In 2012, it received the EAC Media Award on agriculture and food security for its reporting on East African Community integration. It was also a finalist in First African Climate Change and Environment Reporting (ACCER) Award in 2013.

During the same year, the firm was recognised by the Food and Agricultural Organisation for its outstanding contributions to food security in Kenya, as well as accordance for the CEO as CNN African Journalist of 2014.

Also, the website Kenyakidz was a joint runner-up in the African Fact Checking Award 2014.

“I’d want to be one of the greatest general managers in the region before retirement,” she chuckles.

Smart Solutions Africa was born from a restless mind