Spurring an Enduring Love of Science

[miptheme_dropcap style=”normal” color=”#222222″ background=””]S[/miptheme_dropcap]cience, Technology, Engineering and Mathematics (STEM) education carry the reputation of being the subjects that are most important to innovation and technology advancement.

But on the flip side, STEM is laden with the reputation of being the most difficult and unexciting subjects. As a result, schools have been experiencing declining interests and enrollment of young people in the subjects.

As economies continue to experience growth, Africa will soon need a new generation of creators, accountants, designers, mathematics and science teachers and engineers to further steer the growth- all these are careers that require knowledge in STEM.

However, Munich headquartered electronics manufacturing company Siemens, through its charity arm Siemens Stiftung, aims to awaken scientific and technological understanding in developing nations such as Kenya.

She explains that most interest in STEM begins in primary school. Students who fail to properly engage with STEM rarely continue with the subjects in high school or university.

“If you do a bad job in teaching primary school kids science, it will take extraordinary efforts to bring them back on track.”

Advancing Africa’s development demands that the continent shifts attention to STEM. Siemens Stiftung, has since 2013, focused on training primary school teachers and providing them with experimental kits on the subjects of energy environment and health.

Siemens Stiftung, through its ‘Experimento programme’ has so far trained over 60 teachers form over 30 schools in Kenya. Experimento which was developed by Siemens Stiftung and Little Scientists’ House foundation is designed on the principle of learning through discovery. 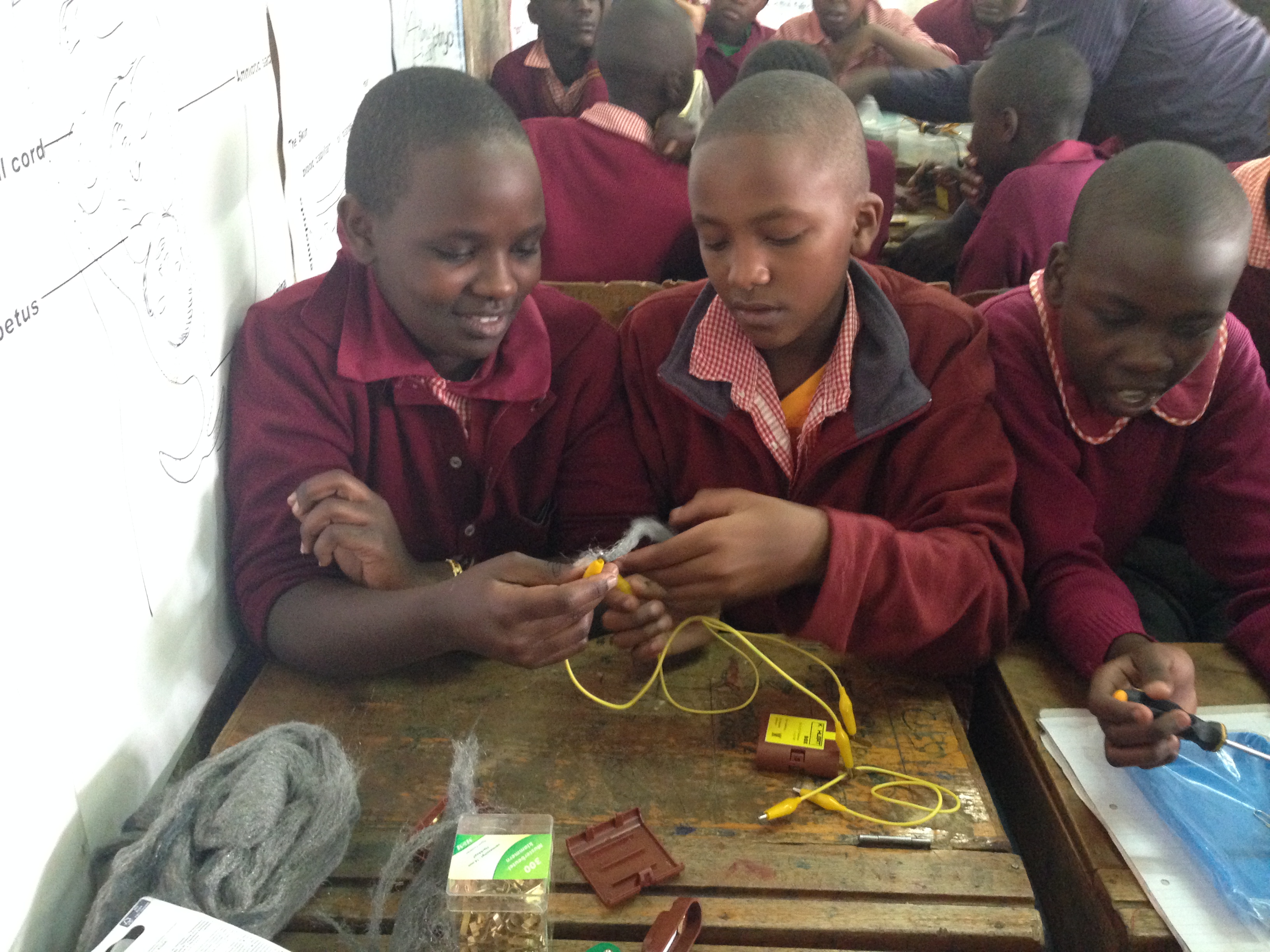 Siemens provides schools with an experiment kit containing over a hundred experiments. The experiments are developed for different age groups in primary schools.

According to Rebecca, the kits are designed to encourage children to deal on their own initiative with natural phenomena and technical subjects through experiments. “In this way we ensure that children begin to recognise that success can come form their own actions.  Such experiences motivate them to believe in their own capabilities.”

Part of program also involves seminars developed for teachers to provide them with the relevant expertise in using experimento. During the four-day seminar, trainers show the teachers how to prepare experiments with simple equipment. This gives teachers the confidence to implement the experiments in science and technology in an educational appealing way.  “Using simple and readily available material in an interactive manner, we are taking away the fear of experiment.”

Mr George Gichamba, a science teacher from Kangemi Primary School in Nairobi says, the crucial aspect of making science interesting is realizing that science need to be more appealing to all students and not just those interested in becoming engineers.

According to Gichamba, learning in most public schools in Kenya is still centered on rigid pedagogy.  Strained resources have also seen science laboratories in public schools ill-equipped hence making science boring for both students and teachers.

“The key to making science interesting is to take students out of the book and whiteboard and get them involved in learning. This can take the form of typical experiments,” says Gichamba who is also a part of experimentos alumni.

After the teachers workshops, knowledge transfer  continues using the multiplier principle. Teachers who have already entrenched the program in their teaching pass it to their colleagues.

“Significant changes have been noted,” says Gichamba. The teacher who has over twenty years of experience says students’ performance has improved since the start of the program.

One of the key challenges to the program has been the student to teacher ratio in Kenyan public schools. This sometimes make execution of some experiments a challenge to teachers.

Focusing initially on Nairobi, Rebecca says, the Munich Headquartered company is looking to expand to other major towns.  Siemens Stiftung is also looking to partner with like-minded organisation in implementing the project across the country.

“Educational requirements are different in every country and are strongly influenced by cultural factors. This is why local partners such as education ministries and universities are involved in all the countries,” says Rebecca.

She concludes that cooperation with local educational partners helps the foundation meet the teaching and learning requirements of each country.