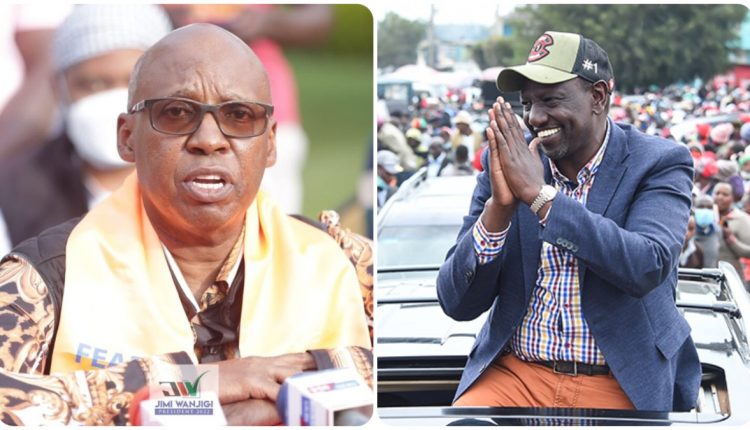 The estranged former ODM (Orange Democratic Movement) member in an interview on Wednesday, March 9th noted that it is quite early to rule out a chance of working with DP Ruto.

Wanjigi spoke of his readiness to work with anybody except for those who chased him away. Even the Deputy President as long as he would be willing to support his candidature.

Pointing out that the will to work with Ruto would be if he has policies and ideas that would benefit the people of Kenya. This he raised amid his conviction that he is the best candidate for the seat.

“See how we come together is on the basis of what we can do for this nation, the ideas and having a comprehension of where we are as a country,” Wanjigi remarked.

Wanjigi went on ahead to reveal how he gave the NASA coalition a shot in the arm in 2017. He insinuated of being the one who convinced Kalonzo to join NASA as the former had reasonable doubts about the move.

The businessman noted,” in 2017, Kalonzo did not think Raila would win but I persuaded him to join NASA. He felt that that would have been his best shot and told me that I spoilt it for him, he then declared that it would be the last time he was going to support Raila.”

Wanjigi who has opted for joining Paul Muite’s Safina Party restated he will be running for president, and hopes to be endorsed during the party’s National Delegates Conference (NDC) that will be held in April 2021.

He added that Safina from there on will be open for negotiations with other parties into the prospect of forming a coalition before the August polls.

Inviting Kalonzo he said, “I would love to work with Kalonzo having known him a long time, he is a man who stands by his word and means what he says as he has best interests at heart.”