The firm had in 2017 October halted operations on the platform, then dubbed Jumia market place, to concentrate on its fast growing online food delivery platform. 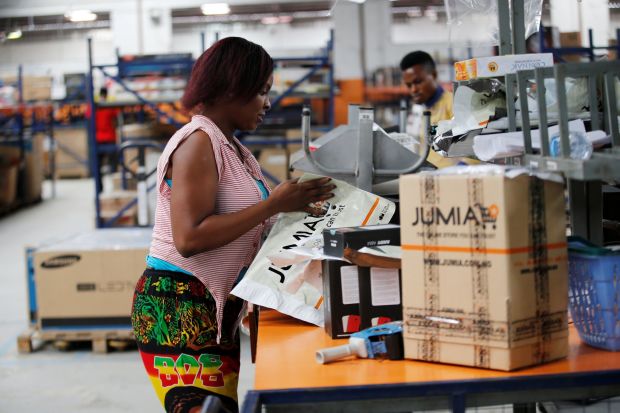 Jumia Food has revived its product retail platform which allows clients to buy a range of products online.

The firm had in 2017 October halted operations on the platform, then dubbed Jumia market place, to concentrate on its fast growing online food delivery platform.

The firm had, however, promised to revive the platform at a later date, saying that they were giving themselves time to study the market and strategize accordingly to be relevant in the new market. The platform is now under Jumia Food.

The Managing Director of Jumia Food, Albert Munyabugingo, said that over the course of the last year, they conducted market research and set up focus group discussions to establish areas where they could have done better.

Among the aspects that they studied was what products Rwandans were willing to buy online and what they were hesitant to. “We did our research and convened focus groups to understand what we could do better and what the market would like. We realized that there are products which Rwandans are willing to purchase online and those they are not. For instance, we realized that 95 per cent of the people contacted were not ready to buy a phone online,” he said.

He noted that they also identified products that the public was willing to buy online which turn out to be fast moving products such as supermarket consumables, pharmacy, among others.

The firm  has also taken their year out of product retail tested new models such as enabling people buy and pay for items for their friends and loved ones which they tested during this year’s Valentine’s day.

With increased players in the retail space in Rwanda, Munyabugingo said that the competition is a positive trend that could boost the market confidence and interest in e-commerce as well as improve professionalism.

Going forward, the firm says that they intend to further use customer feedback to access aspects they can improve on as well as work to reduce the delivery time of food and products, which is currently at around 43 minutes.

Among other aspects, Munyabugingo says they would like to see improved sector performance like the  settlement time by banks when  clients use cashless payment methods. He said  that with growth in sales using cashless economy, it’s important to review the settlement time to allow e-commerce platforms space to function efficiently.

E-commerce platforms, such as Jumia Food, are among  the key drivers of growth of the digital economy which is top on the agenda at this week’s Transform Africa Summit in Kigali.