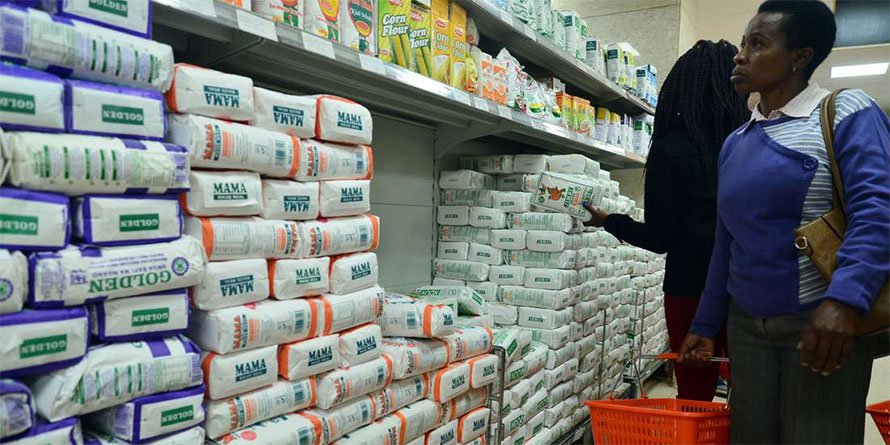 The Kenya National Bureau of Statistics (KNBS) has quoted the end month inflation rate at 5.7 percent to indicate a 0.2 percent upward adjustment to commodity prices during the month of June.

The marginal surge in the consumer price index (CPI) is attributable to a continued slip of both food and fuel prices during the month as the food-fuel inflation component took a turn for the worse in spite of a notable improvement to weather conditions.

While the easing conditions and improved agricultural output held back growth for some food commodities, the pricing of essentials such as maize grain, sifted flour and beans continued to rise unabated leading to the uptick in the CPI.

On petroleum, the prices for all commodities but kerosene were on the increase with the average petrol and diesel prices per liter rising to Ksh 115.80 and Ksh.105.57 respectively.

While the inflation rate has kept within the historical target range of 2.5 to 7.5 percent for the umpteenth time, inflation jitters are expected to persist based on a combination of both internal and external factors.

Internally, the agricultural industry is for instance yet to get to grips with the effects of delayed rainfall at the start of the year, a factor further exacerbated by a looming grain shortage with the Ministry of Agriculture having disclosed of thinning grain reserves at its Strategic Food Reserve (SFR) stocks.

Externally, a downturn in global growth optimism under rising tensions including the US-China trade spate and a worsening diplomatic tone in the gulf has almost certainly assured of commodity volatility which would likely hit Kenya in the form of higher crude pricing in the international market.

The valuation of the Kenyan shilling also makes for an emerging area of concern, with the shilling having breached the Ksh.102 mark during the month against the US dollar under the cloud of elevated dollar demand by importers and high liquidity.

The shilling traded at an average high Ksh.102.29 on Thursday while the inter-bank rate, the primarily indicator to the amount of money in circulation hitting a low of 2.23 percent on the same day.

The Central Bank of Kenya (CBK) has however played down any fears to the perversion of the macroeconomic fundamentals backing its monetary policy intervention role to prop up the basics.

“We need to be more relaxed. We have more than enough fire power to deal with any volatility,” CBK Governor Patrick Njoroge told a news conference last week.