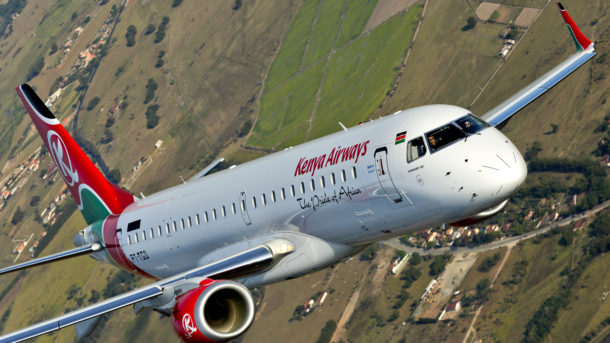 Kenya’s national carrier, Kenya Airways (KQ) is not out of the woods yet. The airline recorded a post-tax loss of KSh26.2 billion for the year that ended March 31 compared to KSh25.7 billion loss it made in the same period last year.

The airline’s Chief Executive Mbuvi Ngunze said the results were achieved in a tough aviation environment, in which airlines continue to be weighed down by wild currency fluctuations, volatility in fuel prices, and a changing commodity price environment.

The group’s cost of borrowing increased in the financial year incurring an additional Kshs 2.3 billion in interest expense.

However, the company registered an improvement in the mark to market valuation of fuel hedges of Kshs 2,614 million in the year. The airlines revenue grew by 5 per cent to Sh116 billion in the period under review from Sh110 billion in 2015.  Total assets went down to Sh158 billion from Sh182 billion in 2015. KQ according to reports had a Sh5 billion fuel burn-off benefit after selling off its Boeing 737-300. Passenger numbers also rose by five per cent in 2015 from 4.17 million the previous year to 4.23 million.

The movement in international oil prices during the year continued to impact negatively on the Group’s fuel hedges resulting into an additional Kshs 5,093 million in realized fuel hedges losses. Ngunze added that without fluctuation of the exchange rate the airline would have reduced the loss to Sh16 billion.

Further, as announced in the last financial year, the company secured bridge financing to the tune of USD 200 million.

The first tranche of USD 100 million was received in September 2015 and the second tranche was received in July 2016. This borrowing is supported through an on-lending agreement from the Government of Kenya as a key stakeholder.

An industry forecast by IATA indicates that African airlines will continue to be in negative profit territory in 2016, despite overall improvement in performance.

KQ is currently working on a turnaround strategy that has seen the airline downsize its staff as well as sell and lease off some of its surplus aircraft.

The Father Of Islamic Banking In East Africa

Business Times Oct 26, 2021
Pesapal has roll out a smart Point of Sale (PoS) machine that enables businesses to integrate…

The Kenya Private Sector Alliance (KEPSA) has put in place strategies on a ‘Policy Framework for…
Prev Next 1 of 392
Social Media Auto Publish Powered By : XYZScripts.com
Sign in
Sign in