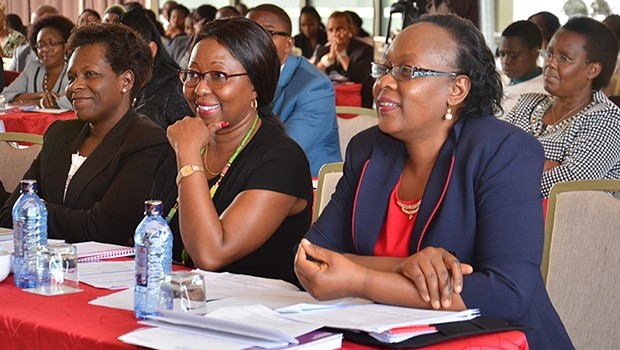 Accelerating gender equality for sustainable development will top the agenda when 53 ministers for gender and women’s affairs to meet in Kenya for two months from Monday.

The Commonwealth held a briefing session to update London-based high commissions on the preparations of the 12th Women’s Affairs Ministers Meeting (12WAMM) on 19-20 September in Nairobi.

Delegates discussed policy papers for the event, including a key paper on accelerating gender equality and the empowerment of women, as well as the Commonwealth’s annual report on gender equality.

The paper includes an ambitious declaration calling on member countries to ensure that women and girls have equal access to decision-making, quality education, affordable health services and legal protections from violence. This aligns with the commitment made in the 2030 Agenda for Sustainable Development that ‘no one is left behind’.

“The Commonwealth devotes so much energy to building the capacity of women elected to parliament; helping institutions to become more gender-sensitive; and encouraging members to include a gender perspective in their work on programmes, policy and legislation.”

Women make 64 per cent of the 2.8 billion people who live on less than $2 a day, said Dr Suddhoo, urging stronger action for women’s economic empowerment.

Ms. Tsungu said: “Kenya offered to host the Commonwealth Women’s Affairs Meeting because it will allow us to leverage lessons learned from other member countries. The meeting will help us address the systemic causes of gender inequalities like parity in education and reduce maternal mortality rates.

“The meeting will influence the Commonwealth Heads of Government Meeting 2020 and will lead to the Beijing +25 and the 2030 Agenda processes.”

“With stepped up action on gender equality, we can make progress towards sustainable development by 2030, leaving no one behind.”

The 12WAMM ministerial sessions will be preceded by a civil society roundtable and a gathering for senior officials.