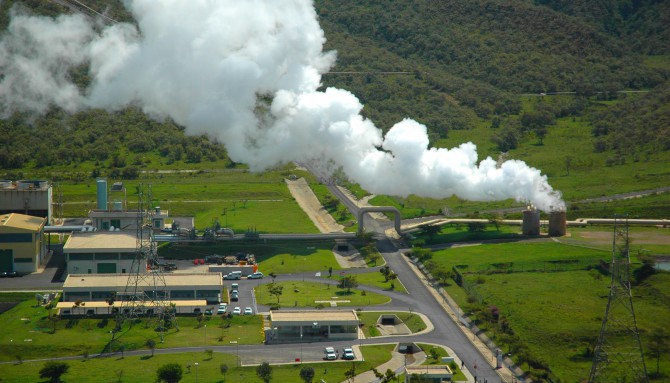 Boosting electricity has been a key priority for the Kenyan government, which plans to triple production by 2020 to meet demand that is anticipated to rise by 11 per cent annually.

Major focus has been put on development of geothermal energy. Bestowed with between 7000 MW and 10,000 MW of potential geothermal energy, the country is expected to become one of the top producers in Africa. Already it is ranked at position eight globally.

Geothermal power is one of the most economical electricity generation options. For instance, annualised cost of electricity for geothermal is lower than most thermal alternatives. Though the Government of Kenya, through the Ministry of Energy, has undertaken substantial investment in developing the geothermal sector, development has mired in recent years. This has been attributed to limited funding and the dearth in private sector participation. In addition to limited participation the risks associated with exploration and development of geothermal sites have also discouraged investments.

However, the government has embarked on a plan that will involve more private investors in capital intensive energy projects. “The country’s potential is vast. We are working on a partnership with the private sector. We want investors to start drilling oil and run geothermal power plants,” says Energy Cabinet Secretary Charles Keter. He was among a number of cabinet secretaries that gathered for the Jubilee’s scored card: 2016 Inter-ministerial symposium in Nairobi in March.

Keter says Kenya has more than a dozen possible sites in the Rift Valley that have an estimated potential of 10,000 megawatts (MW). This is four times the country’s current production capacity.

Supported by the World Bank Group, Olkaria is one of the largest single geothermal investment projects in the world and geothermal is now the largest source of power for Kenya. According to the CS, the development of such sites could make Kenya one of the world leaders in geothermal energy. “Because of geothermal power, which is cheaper, offering lower tariff, the net effect is lower cost of energy which has dropped from Ksh7 to about Ksh2.” He also said the country would find it hard to attain its energy goals without private sector partnership to fast track geothermal power production to full potential.

Already institutions such as the African Development Bank (AfDB) are rolling out finances to ease investor risk. In 2014, the AfDB approved a US$12.7 million partial risk guarantee (PRG) to “ease investor risk” for the initial phase of a major geothermal project in Kenya.

Currently, geothermal energy accounts for 20 per cent of total installed capacity of the Kenyan grid. The country has set out ambitious targets, with palns to expand geothermal power production capacity to 5,530 MW or 26 per cent of total capacity by 2030. This, according to Keter, will make Kenya’s largest source of electricity clean energy by 2030.