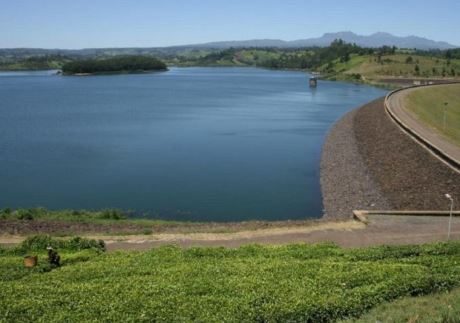 The package, which was requested by Kenyan authorities, comprises two loans – USD254 million from the Bank and USD 55million from Africa Growing Together Fund (AGFT)

The African Development Bank’s (www.AfDB.org) Board of Directors has approved two loans worth USD300 million for the completion of construction work on Thwake dam on Thwake River in southern Kenya. This is a strategic water supply project for the large semi-arid area of Makueni County and surrounding regions, including the new technology city of Konza. The loans were approved on 14 November.

The package, which was requested by Kenyan authorities, comprises two loans – USD245 million from the Bank and USD55 million from Africa Growing Together Fund (AGFT). This additional support follows a USD97 million loan granted by the Bank in 2013 to start building the dam as part of the Thwake Multi-Purpose Development Programme (TMWDP), which aims to provide drinking water, hydroelectric energy and irrigation.

Completion of the 80.5 m high multi-purpose dam will enable the storage of 681 million m3 of water, of which 625 million m3 will be used for electricity production and downstream irrigation of agricultural land; 22 million m3 for upstream irrigation and 34 million for human use. Construction in the initial phase of the TMWDP project should be completed in December 2022.

The Bank’s USD4 billion Kenya portfolio comprises 33 operations. Water and sanitation operations account for about 22per cent of the portfolio’s value for the public sector.

Harnessing potential of the blue economy

Government, private sector to converge at the Africa 2018 forum to foster regional integration through investments and cross border collaboration