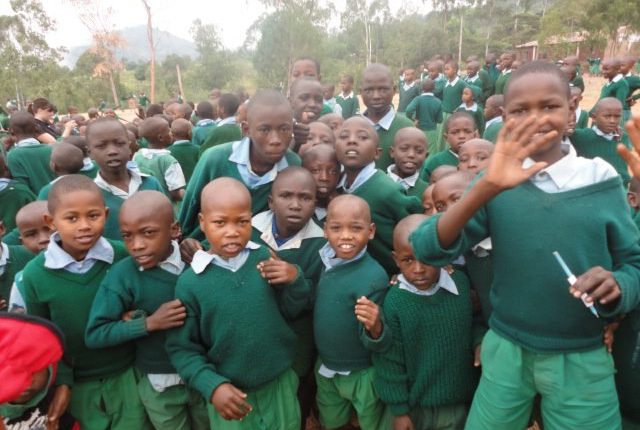 President Uhuru Kenyatta unveiled a new state department to oversee the ongoing implementation of the Competence Based Curriculum (CBC).

The new State Department for Implementation of Curriculum Reforms within the Ministry of Education has been tasked with the roll of the new education system including recommendations of a taskforce whose report the President launched today.

“The Taskforce has made several recommendations and consulted widely including through 11 sector-based pre-conferences. This is important because it underscores my Administration’s commitment to adhere to the tenets of public participation, as envisioned in our constitution.

“In this regard, to ensure effective implementation of these recommendations, and other curriculum reforms, I have on this 9th Day of February, 2021 set my hand and presidential seal and established a new State Department for Implementation of Curriculum Reforms vested in the Ministry of Education,” President Kenyatta declared.

The Head of State presided over the unveiling of a taskforce report dubbed ‘Enhancing Access, Relevance and Quality for Effective Curriculum Reforms Implementation’.

The Head of State, who recalled Kenya’s curriculum reforms over the decades, said CBC will make Kenya’s education system responsive to the demands of the modern world and rallied Kenyans to back the process.

“We are at a tipping-point in our education system. The old must give way to the new. The summons of our times requires us to re-imagine how we have educated our children.

“It requires us to be bold, and not rigid. It calls us to imagine a system that creates responsible citizens as opposed to subjects; a system that celebrates the creative potential of all our children as opposed to one that leaves them with labels of failure, if they do not pass exams;

“And a system that brings about freedom as opposed to conformity. This is the promise of the Competency Based Curriculum,” the President said.

Besides equipping Kenyan children with the competencies needed to excel in the 21st century, the Head of State said CBC will empower Kenyans to be better citizens.

“On citizenship, we have a crisis of competence and our education system must give us a response. Youth violence and pessimism are partly a result of low civic competence amongst citizens.

“And this is because we have not taught our children the values of citizen participation from an early age. This is why youth pessimism and blind activism are on the rise,” President Kenyatta said.

The President applauded the Taskforce led by Professor Fatuma Chege for its report saying its recommendations will help lessen the rigidity in the current education system by introducing the ‘leading to learn’ principle.

“The purpose of the new system of ‘Learning to Learn’ is to allow our children to explore, innovate and unshackle their minds from the old and rigid molds of learning.

“This way they will be able to exploit their imagination, creativity, solve problems, use critical thinking, apply digital literacy, and feel a sense of civic duty as citizens,” he said.

On the re-opening of schools, the Head of State said the Government continues to be vigilant as schools resume after a long period of closure due to the outbreak of the Coronavirus disease.

“But I must say I am grateful for the patience you all have shown, and for the speed and care with which we have resumed learning after re-opening of our learning institutions.

“Yes, through the tireless work of our doctors, our nurses, our medical staff, and the diligence of Kenyans themselves, we have gradually brought the pandemic under control; but we, nonetheless, remain vigilant as our children and teachers ease back into regular order, the President said.