Kenya’s real gross domestic product is projected to grow by 5.7 percent in 2019 while Tanzania has sustained economic growth averaging 6-7 percent a year in the past decade 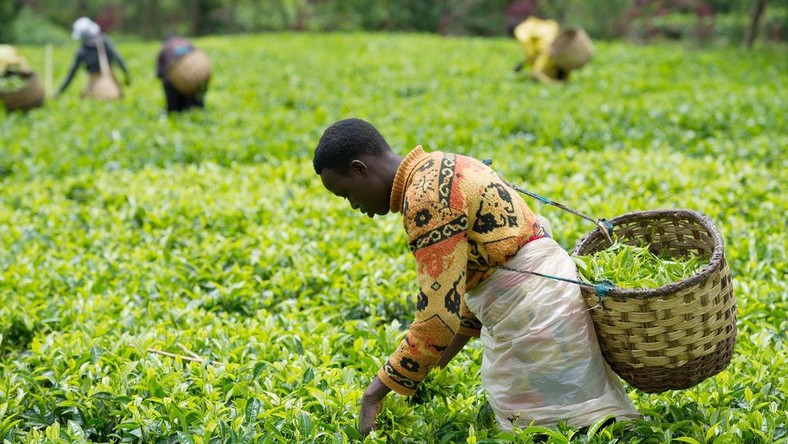 Kenya’s economy remains one of the strongest economies in Africa, recording a Gross Domestic Product (GDP) of (US$74.494 billion) and growing at 4.9 per cent (in 2017), according to the 2018 Kenya National Bureau of Statistics (KNBS) economic survey.

Agriculture is the most important contributor to Kenya’s GDP at 24.9 percent. Tea and horticulture are the leading export earners for Kenya.

Kenya’s position as the economic, commercial and logistics hub in Eastern and Central Africa places the country as one of the best investment destinations globally.

Kenya’s real gross domestic product is projected to grow by 5.7 percent in 2019, a slight decrease from the estimated 5.8 percent growth experienced in 2018, according to the new World Bank Kenya Economic Update.

While the medium-term growth outlook is stable, the report notes that recent threats of drought and continued subdued private sector investment could drag down growth in the near-term. The growth forecast for 2020 stands at 5.9 percent.

So far, in 2019, a strong pick-up in economic activity was underway for Q1 of 2019 as reflected by real growth in consumer spending and stronger investor sentiment. However, a delayed start to the long rain season (March – May 2019) could affect the planting season, resulting in poor harvests.

In addition, the below average short rains (October – December 2018) and the ensuing food shortages across several counties in the northern part of the country that has prompted emergency interventions, could impose unanticipated fiscal pressure constraining development spending. These developments have slowed the growth forecast for 2019.

“Delays in the long rain season and a growing need for emergency interventions to deal with food shortages is a reminder of the outstanding challenges in managing agricultural risks in Kenya,” says Felipe Jaramillo, World Bank Kenya Country Director.

“Policy measures would be required to transform the agriculture sector through increasing productivity and enhancing resilience to agricultural risks to boost smallholder farmers’ income by improving access to competitive markets.”

The 19th Kenya Economic Update (KEU), unbundling the slack in private investment, attributes the slack on the demand side of the economy to two factors: Insufficient credit growth to the private sector- which stands at 3.4 percent in February 2019, and inherent room for improvement in fiscal management.

On private sector credit, the report recommends fast-tracking solutions to factors that led to the imposition of the interest rate cap and building consensus for its eventual reform.

On the latter, ensuring prompt payments to firms that trade with the government could restore liquidity and stimulate private sector activities. Other crucial reforms outlined in the report are improved revenue mobilization and accelerated structural reforms that crowd in private sector participation in the Big 4 agenda.

“These include enhancing tax revenue mobilization to support government spending, reviving the potency of monetary policy and recovery in growth of credit to the private sector”.

Agriculture remains a key driver of growth in Kenya and a major contributor to poverty reduction. The Special Focus section of KEU highlights a few of the many factors underlying low agriculture sector productivity and high vulnerability to climate shocks; and proposes policies that could help transform the sector to boost farmers’ income, thereby contributing to overall poverty reduction in Kenya.

“There is a need to reform the current fertilizer subsidy program to ensure that it is efficient, transparent and well-targeted; invest in irrigation and water management infrastructure to build resilience in the sector; and leverage disruptive technologies to deliver agricultural services, including agro-weather and market information and advisory services” said Ladisy Chengula, World Bank Lead Agriculture Economist and author of the special section on Transforming Agriculture Sector Productivity and Linkages to Poverty Reduction.

Finally, to boost farmers’ incomes, policy could seek to address post-harvest losses and marketing challenges by fast-tracking implementation of the national warehousing receipt system and commodities exchange, while scaling up agro-processing and value addition to increase returns on agricultural produce.

According to the African Development Bank (AfDB) Group, real GDP growth was an estimated 6.7 percent in 2018, down from 7.1 percent in 2017.

Tanzania has sustained relatively high economic growth over the last decade averaging 6-7 percent a year. While the property rate in the country declined, the absolute number of poor citizens has not because of the high population growth rate.

Tanzania has largely completed its transition to a market economy, though the government retains a presence in sectors such as telecommunications, banking, energy and mining.

In the African Economic Outlook (AEO) 2019, the fiscal deficit increased to an estimated 3.9 percent of GDP in 2018, due to increased capital spending on infrastructure projects.

“Public debt increased to an estimated 39.3 percent of GDP in 2018 from 38.2 per cent in 2017. External debt accounted for about 74.9 percent of total public debt in 2018. The risk of debt distress remains low because public external debt, at 34.5 per cent of GDP, is mostly concessional,” says the report.

Monetary policy was more accommodative in 2018 than in 2017. This increased domestic liquidity and reduced lending rates, leading to greater private credit supply. Due to improved food supply, inflation eased to an estimated 3.5 percent in 2018.

With growth projected at 6.6 percent in both 2019 and 2020 supported by large infrastructure spending, headline inflation is projected to marginally increase to 5.2 per cent in 2019 and 5.1 per cent in 2020 due to increased government spending, notes the African Economic Outlook 2019.

KENTRADE PARTNERS WITH GLOBAL ALLIANCE TO BREAK DOWN TRADE BARRIERS