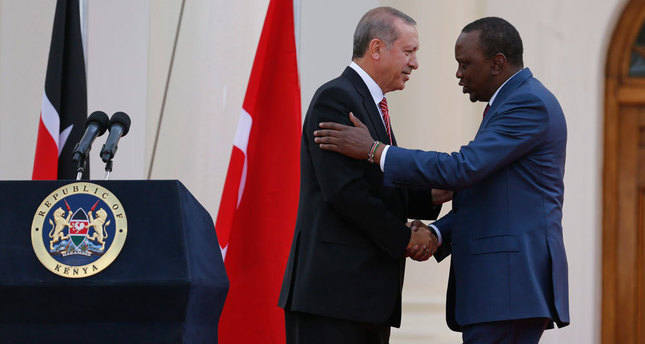 The Kenyan government is keen on strengthening its bilateral relations with Turkey at the on-going Turkey-Africa Economic and Business Forum (TABEF 2016), in Istanbul.

A delegation of over one hundred (100) strong Kenyan companies is already present in Turkey to reinforce the Government’s commitment to grow trade and investments between the two countries.

While at the forum, the delegation will make the two-day trip to meet Turkey’s local authorities at the highest level with the aim of fostering relationships and exploring opportunities for business and investment.

This comes hot on the heels of Turkey and Kenya’s commitment to raise the volume of trade from US$144 million to $1billion a year, a commitment made during Turkish President Recep Tayyip Erdogan visit to Kenya in June this year where the two countries formed a Joint Economic Commission to deepen economic cooperation.

Leading the Kenyan delegation at the forum, Ministry of Industry, Trade and Cooperatives Cabinet Secretary Mr. Adan Mohamed said Turkey provides potential opportunities for Kenya to amplify its global positioning on matters trade and investment. “Turkey is an important market for Kenya, with huge potential that has been under-utilized over the years and we expect to grow trade volumes ten-fold over the current kes.14 billion during this medium term,” said CS Mohamed.

Turkey’s exports to Kenya in 2015 totalled more than $130 million. The top five export categories for 2015 were hygienic products, some motor vehicle parts and tractors. Turkey imported goods from Kenya worth more than $10 million, ranging from coffee to crude animal and vegetables.

While commenting on the Forum’s agenda, the Cabinet Secretary noted that trade and investment continues to play a vital role in Africa’s economic growth performance and it has potential to promote trade-induced industrialisation on the continent.

And added: “Turkey’s bilateral trade volume with Africa has reached 17.5 billion in USD in 2015. This is a three-fold increase in volume compared to the records of 2003. Trade volume with sub-Saharan Africa was realised at 6 billion USD level in 2015. This was a significant drop and I hope that through this platform the trade volumes will increase to surpass what was achieved in 2015,” concluded Mr. Mohamed.

The Turkey –Africa Economic Business Forum is being held under the auspices of H.E. Recep Tayyip Erdogan, President of the Republic of Turkey. It brings together over 1500 delegates from the African continent, keen to do business with Turkey.

The two-day forum which begun today is jointly organised by the Ministry of Economy of the Republic of Turkey, African Union (AU), the Foreign Economic Relations Board (DEIK) and Turkish Exporters Assembly (TIM).

The focus of the Forum is “Financing African Investment Projects: Infrastructure, Transportation and Energy.” The Forum is a unique platform for the high level officials, decision makers, business organizations, economic communities and other participants from Africa and Turkey to discuss the challenges and immediate opportunities, establish relationships with the public and private operators, and demonstrate their expertise and business.

Cancer Is Killing Millions, So Why Is Everyone Quiet?