Kenyan airlines to start direct flights to US 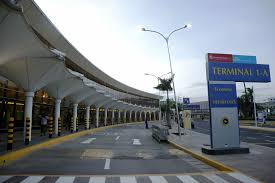 Kenya’s ambitions of becoming a regional hub got a boost on Thursday after the US Federal Aviation Administration (FAA) granted Jomo Kenyatta International Airport (JKIA) Category One Safety and Security Status.
The move according to the country’s ministry of Transport will allow faster air transport of goods and passengers boosting the country’s trade and tourism as airline operators from both countries, will now be able to operate direct flights to the US.
“With Category One status there will be faster movement of goods and people between the two countries, with an eradication of any delay especially to horticultural produce from Kenya,” said a statement from the ministry of Transport.
Owing to JKIA’s second class status, passengers flying from Kenya to the US previously had to transit through Middle East, Europe, Ethiopia, South Africa or Nigeria countries whose airports had achieved Category One status.
For a country to attain the status, it must prove its compliance with International Civil Aviation Organizations safety standards for air craft operations and maintenance.
The past couple of years has seen Kenya invest in infrastructural expansions at JKIA. New terminals have since been opened which have allowed JKIA to separate departures and arrivals seen as a key security requirement.