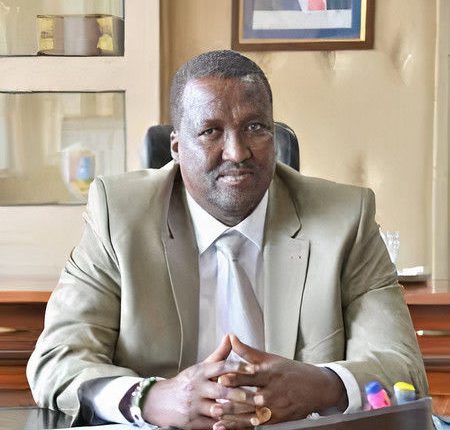 In a recent move to position East-Africa as an attractive investment destination, Kenya has joined a myriad of African ministers from across the continent, including regional neighbours Somalia and South Sudan, coming to Cape Town for the highly anticipated African Energy Week (AEW) 2021.

Under Hon. Keter’s leadership, the Ministry has made significant progress in creating an enabling environment, not only regarding efficient operations in the sector, but international investment.

As Cabinet Secretary for Energy, Hon. Keter has been committed to providing a clean, sustainable, affordable, reliable, secure and high-quality energy for enhanced national development.

Driving projects that contribute towards universal access to electricity, transmission and infrastructure development, and the accelerated generation of power, Hon. Keter aims to advance Kenya’s energy sector while ensuring tangible benefits for the local population.

In line with the Kenya Vision 2030 – a development plan to position the country as a globally competitive and prosperous nation – Hon. Keter views energy as one of the infrastructure enablers for the transformation into an industrialized economy.

With an ambitious target to increase electricity connectivity from 15% to 65% by 2022, Kenya is targeting the increased use of renewable energy sources. With an installed capacity of 2.3GW, of which 57% is hydropower and 32% thermal, and projected demand increases requiring accelerated power sector development, Kenya offers up lucrative opportunities for international investors.

Hon. Keter has driven progress regarding this area, and will come to AEW 2021 in Cape Town with the purpose of engaging, networking, and signing deals.

Hon. Keter will represet east-Africa at AEW 2021 in Cape Town, introducing global stakeholders to a range of investment opportunities present across multiple sectors in Kenya

“Hon. Keter will represet east-Africa at AEW 2021 in Cape Town, introducing global stakeholders to a range of investment opportunities present across multiple sectors in Kenya. Having led the country into a new era of power sector enhancement and strengthened regional collaboration, Hon. Keter will promote the role of integration, cooperation, and sectoral unity in driving Africa’s energy growth,” stated NJ Ayuk, Executive Chairman of the African Energy Chamber.

Meanwhile, representing the Ministry of Petroleum and Mining, Hon. Munyes is committed to enhancing Kenya’s hydrocarbon industry, promoting the sustainable development of the country’s extractives sector.

Appointed in 2018, Hon. Munyes has played a valuable role in expanding the country’s petroleum sector, foreseeing the accelerated expansion of exploration and production country wide.

Despite exploration starting in Kenya in the 1950s, the first commercial oil deposits were only discovered by British-based Tullow Oil in 2012. Since then, the country has been committed to accelerating exploration, with notable discoveries being made in the offshore Lamu basin.

Kenya’s attractiveness comes through its significant exploration opportunities and AEW 2021 aims to emphasize prospects to the world. The country holds over 4 billion barrels of crude oil reserves in the Lokichar sub-basin alone of which 750 million are commercial – currently operated by Tullow and partners.

The country has seen a range of drilling campaigns over the years, with stakeholders hoping to mirror the achievements seen in neighboring east-African countries such as Mozambique and Tanzania. AEW 2021 provides the best platform for engagement with international financiers, global explorers, and key stakeholders, and Kenyan opportunities will be showcased to the world in Cape Town.

Kenya currently has one refinery – the 90,000 barrel per day (bpd) Mombasa refinery – and plans to expand energy networks both in the country and across the region, which will attract investment targeted towards export pipelines, storage facilities, shipping terminals and refineries.

Accordingly, this presents a huge opportunity for international stakeholders, in which associated development can help position the country as a competitive east-African producer. Kenya is committed to regional collaboration with regards to energy sector growth.

Most notably, the country has prioritized intra-African transportation networks with projects such as the Lamu Port and Lamu-Southern Sudan-Ethiopia Transport Corridor Project (LAPSSET) – a transport and logistics infrastructure project that includes the construction of a 120,000-bpd refinery in Kenya. Committed to improving its regional distribution capacity and accelerating upstream production, Kenya will be a valuable east-African representative at AEW 2021 in Cape Town.

“Hon. Munyes is positioning Kenya not only as an east-African producer, but as a global hydrocarbon competitor. The country’s progress to enhance regional connectivity and expand intra-African networks is highly commendable, and Hon. Munyes has played an instrumental role in this area. In Cape Town, both Hon. Keter and Hon. Munyes will drive a strong Kenyan narrative, placing the country on the global stage, and reiterating the role that east-African nations will play in Africa’s energy transformation,” continued Ayuk.

Revival of LPG subsidy scheme by Treasury as prices rise

Upcoming Handbook Editions
Social Media Auto Publish Powered By : XYZScripts.com
can girls see you match with them in tinder how to unsubscribe from tinder gold ios
Sign in
Sign in