Kenyans head to the polls to decide on BBI 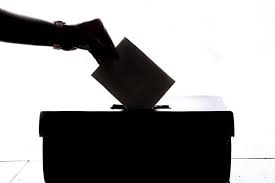 Kenya will head to a constitutional referendum in the coming months after the number of county assemblies approving the amendment Bill Tuesday crossed the threshold of 24 required to trigger a plebiscite.

While the Bill arising from the Building Building Initiative (BBI) process will still need to go to the National Assembly and the Senate, the referendum is as good as confirmed since the decision of the bicameral Parliament—whether endorsing or rejecting the document—will still result in a referendum, anyway.

County assemblies in Mount Kenya region such as Murang’a, Nyeri, Kirinyaga and Tharaka Nithi, which were widely expected to oppose the Constitution (Amendment) Bill 2020, joined the growing list of those voting for it, bringing to over 30 the number of counties that have passed the proposed legislation by Tuesday.

Kakamega, Narok, Mombasa, Makueni, Kitui, Bungoma, Taita Taveta, Machakos, and Lamu were among those which voted to approve the Bill Tuesday.