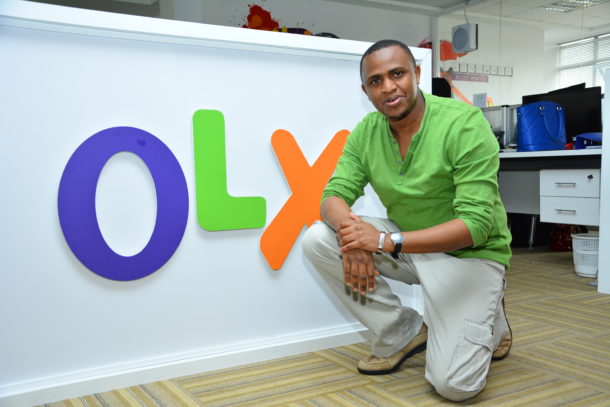 Some have joked that OLX is the only retail platform where you can even sell your wife and kids. But here is what really made it a household name

In 2012, the local retailers were in panic! A little known yet daring retail juggernaut stormed the industry and was snatching all the customers. The arrival of OLX Kenya — an online retail company, was real a game changer in the region’s retail space.

About five years later, OLX have completely revolutionised how we sell and buy goods and services in Kenya and it has impacted many livelihoods.

Thousands of local buyers and sellers have since trooped to the OLX site where all sorts of goods and services are on sale, mostly at throw away prices. Peter Ndiang’ui, the Country Manager of OLX Kenya, says it has been a thrilling journey for them.

The app was launched in multiple countries at the same time with focus on emerging markets such as Latin America, India and Africa. Grinda was based in New York while Oxenford chose to drive the OLX growth in Argentina, where he is still based.

However, Grinda left OLX in 2012 to pursue other businesses. In 2008, Naspers, one of the leading media firms in the world, and which has investments in internet, payTV (DSTV) and print media, acquired a 67.8 per cent holding in OLX.inc. The shares increased to 95 per cent in August 2010.

Today, Naspers Group is one of the world’s leading classified online platforms with presence in more than 100 countries in more than 50 languages.

“I knew I was going to be back partly because I was excited by the economic growth opportunities and the potential that it presented in making a huge difference in the continent as a whole, says Ndiang’u, 37 year-old father of two.

“I remember when I did a leadership unit during my MBA and we had to lay out our mission and vision. My goals crystallised around being part of a new movement of like-minded Africans raised during the post-cold war narrative who knew that the potential of the African continent lay within itself and not from outside.”

And so when he was approached by the Nasper Group about the opportunity to help establish and grow their online classified business in Kenya in 2012, it was not such a hard decision.

Ndiang’ui graduated with a Bachelor of Science degree in Biochemistry from Jomo Kenyatta University of Agriculture and Technology (JKUAT). He then went to Australia to study software engineering and six years working as a management consultant across different industries from banking, media to telecommunication.

He says when he came back home, transition was not a big deal. This is because while in Australia, he had invested a lot of time in preparing his mind to come and spend most of his productive adult life back home.

However, what took him by a surprise is that Kenya had changed.

“The physical changes were crystal clear. I left during a period of subdued economic growth but as I looked around every area in Nairobi seemed like a construction site while internet broadband access was much cheaper than Australia,” says Ndiang’u.

However, the most important changes, he adds, were a little hidden and subtle to notice quickly.

“It was about the people, especially the younger generation who were maybe young than me. These guys had grown up in a more progressive, more dramatic and with much more media freedom,” he says, adding that as he settled down to work with them, he could see their confidence, ability to express themselves, exposure, and most of all the lack of historical baggage.

“I couldn’t fail to realise that this was the generation that was going to account for most of the economic growth in the next decade and that they would be the early adopters of the online services.”

Secondly, Ndiang’u notes that even though access to internet was much cheaper in Kenya compared to Australia in 2012, smart phone penetration was still low as a number of people were still using analogue handset and dialed up internet.

Basically, the devices were not available and the infrastructure was still immature and therefore the habit of visiting the internet to transact business was not as frequent as it is today.

According to a 2016 sector report by Communications Authority of Kenya, the number of internet users in Kenya now stands at 35.5 million while internet penetration has surged to 82.6 per cent up from 74.2 per cent in the previous quarter.

Between October and December 2015, the number of internet and data subscription jumped by 10.6 per cent to 23.9 million subscriptions, up from 21.6 million in the previous period.

The same period also saw increased appetite for mobile data, with subscriptions increasing to 23.7 million, up from 21.5 million, representing a 10.2 per cent increase from the previous quarter.

“We have created a cut that never used to exist in this country by introducing commercial usage of the internet by the ordinary Kenyans. Our next journey is to start consolidating our success and monitoring it so that it becomes a return of the hard work that we have done in the four years,” says Ndiang’u.

The company has started leveraging the available growth opportunities in other sectors of the economy such as agriculture.

For instance, in March 2016, they established an agriculture category on their site to rid sector of middlemen from smallholder farmers in the county.

“We have been hosting classifieds for automobiles, furniture and electronics, but we realised many people were trying to list livestock for sale in the pets category in the last year, so we thought it is a need we should address,” says Ndiang’u.

The company has since introduced a pay option for users who would wish to increase visibility of their adverts. The options require OLX site users to pay amounts ranging from Ksh 999 (US$ 9.89) and Ksh 5,499 (US$ 54.45), depending on the category of the item on sale, to position their adverts at a specific section within a specific period of time.

“We realised that some OLX sellers, who come to OLX, wish to sell their items quickly to make money and do not mind paying a small fee to appear at the top. Our ads are relatively cheaper compared to placing advertisement in any other platform,” says Ndiang’u.

In addition, through OLX Kenya, potato farmers will now have a reason to smile as the company has launched a service to help potato farmers without smart phones or internet access sells their produce through an SMS.

Farmers will only be required to dial *887# and select their regions. After that, OLX gets a notification and they go ahead to connect the farmers with potential buyers. Right now, the service is available only in Nyandarua and Nakuru counties but they intend to expand to other regions in their near future. Around 9,000 farmers have already signed up to the service.

“Potato farming generates Ksh 25 billion (US$ 248 million) at farm gate prices yet farmers profit margins are still negligible. By working directly with OLX, farmers will now increase profit through a shortened value chain. Our aim is to ensure farmers get value for their produce and buyers receive quality straight from the farm through OLX,” says Ndiang’u.

East Africa Emerging As a Hotbed of Energy Investments – Report