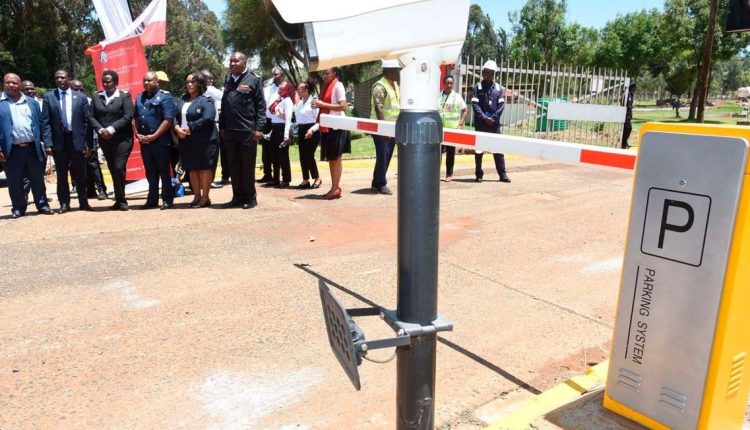 The Kenya Revenue Authority (KRA) barely days after launching the KRA Taxpayers Television which will focus on informing the taxpayer of the services offered by it, has now reached out to ease Oil deports congestion.

KRA has installed the first ‘smart gate’ system in Eldoret Pipeline depot in an attempt to eradicate the long queues of trucks loading and getting cleared to leave.

The smart gate tool is a chip that will transmit truck information, including cargo temperature and the level of content that is relayed to the control room in record time.

Through the Smart gate tool, the transporters can book 24 hours before loading, with pre-checks and verifications done through seals hence will ease the process.

“This will improve fleet management by oil stakeholders since they will be able to book online, enhance traffic control and faster turnaround of trucks at the oil installations, among other benefits,” Mr. Wario — who was accompanied by KRA’s deputy commissioner in charge of cargo and scanners monitoring Susan Wanjohi, Uganda Revenue Authority assistant commissioner in charge of enforcement Julius Nkwasire— explained.

He emphasizes the Smart gate will be an enabler of trade facilitation as it involves the end-to-end monitoring of transits along the Northern Corridor. Something he says is to be a game changer as the East African Community strides toward trade facilitation within.

“Smart gates will enhance traffic control, faster turnaround of trucks at the oil installations, and easy fleet management by oil stakeholders since they can book online. It will also facilitate proper planning by pipeline officers in terms of expected trucks scheduled for loading, thus ensuring minimum delay since most customs documentation will have been done in advance,” he said.