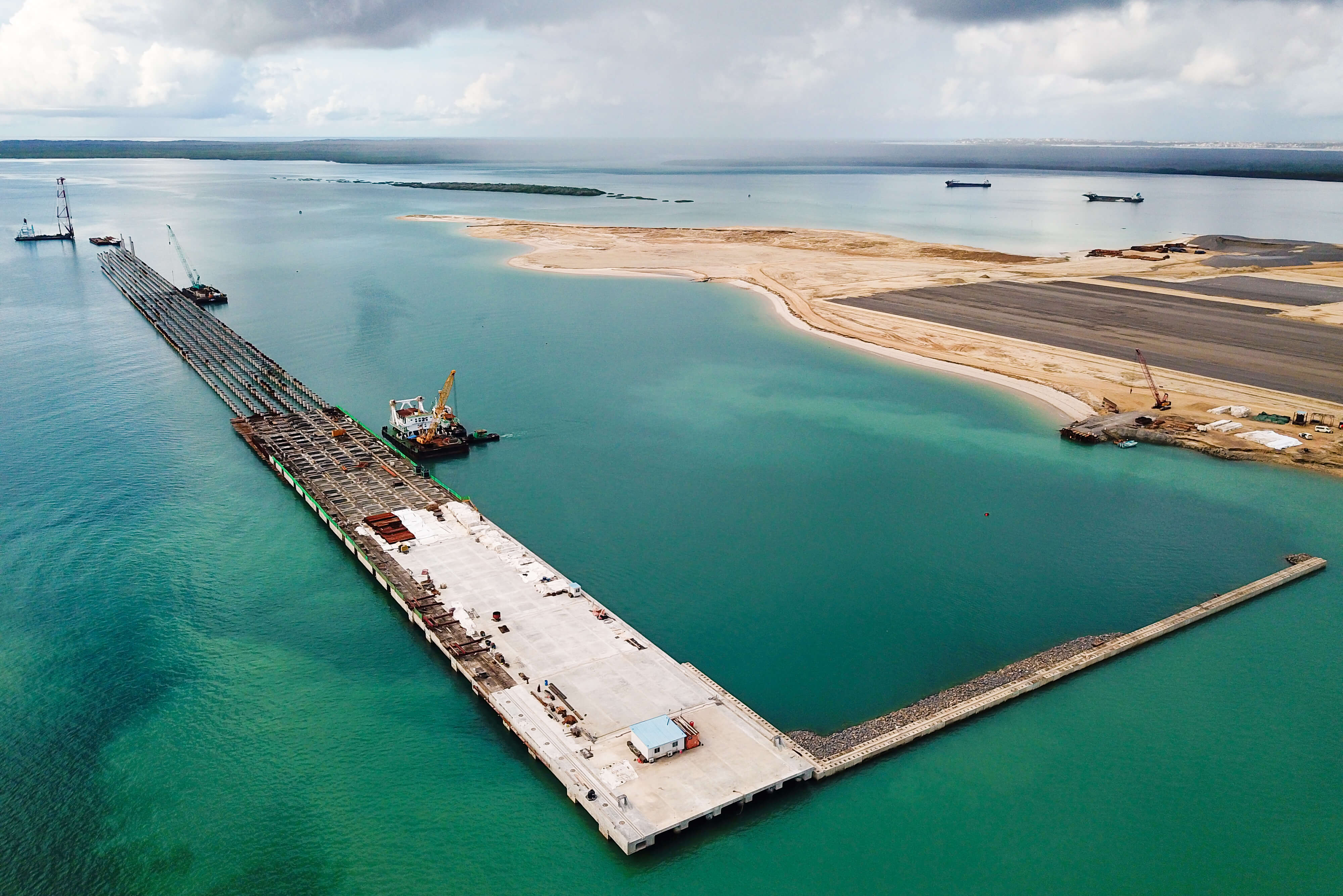 Take us through a brief journey of LAPSSET. What is the current progress of LAPSSET? When will the first three berths of Lamu port be ready?

The LAPSSET Corridor Project (LCP) is a transformative regional mega infrastructure program which is an enabler to the Eastern Africa’s regional economies. The LCP has since been admitted to the Africa Union (AU’s) Presidential Infrastructure Championship Initiative (PICI) whose aim is to accelerate regional infrastructure development through political championing of projects. The project seeks to unlock the potential of the untapped regional trade through seamless connectivity, driven by a multi-faceted transport and logistics corridor.

In addition, the project seeks to open up almost two-thirds of the country’s land mass through accessibility. The LAPSSET Corridor Program further seeks to promote regional integration through trans-border trade and investments.

In terms of regional perspective, the project connects Kenya with Ethiopia and South Sudan and forms part of the Equitorial Land Bridge that traverses from the Indian Ocean to the Atlantic Ocean connecting Lamu to Douala in Cameroon.

Currently, various components of the project are being implemented with some constituents of the program already completed like the Isiolo – Moyale Road. The 1st berth at Lamu Port, which is the anchor project for the program, is set to be completed in June 2019. The construction of the first three berths (1.2km long) currently stands at 70% complete. Sections of the highways connecting Kenya to Ethiopia are already complete with other sections connecting Kenya to South Sudan under construction.

The LCP is also is in the process of establishing an Industrial City in Lamu that will host heavy, medium and light industries as planned in the Lamu Investment Framework.

The Lamu port is primed to meet the high demand for port cargo logistics that is projected to overpass the port of Mombasa’s capacity, therefore also providing an alternative that bridges the demand gap.

With the recent discovery of high quality Crude Oil deposits in the country, how will these go a long way in supporting the development of LAPSSET?

The development of the Lokichar – Lamu Crude Oil Export Pipeline as a component of the LAPSSET Corridor Program is a major step forward in realising the infrastructure corridor. This development will come with several pump stations, pressure reduction stations, central processing facilities and the Lamu Marine Terminal, which all are a positive add to the landscape. The security of the project will be provided by a globally reknown firm from Israel through through a Government to Government agreement that we currently have with the Government of Israel making it one of the most secure spaces in the region.

The Lokichar – Lamu Crude Oil Export Pipeline is from the South Lokichar basin to the Lamu Port through Samburu, Isiolo, Meru and Garissa Counties. Currently the Joint Development Agreement (JDA) Partners are finalising on the preliminary studies and thereafter start the commercial discussions. Several options are being considered including a strategic partner to undertake an Engineering Procurement Contract and Funding (EPC+F) contract.

The project covers 821km from Lokichar to Lamu, where both onshore and offshore marine terminal are being considered.

There are further plans to extend the crude oil pipeline to Jonglei in South Sudan, who are also strategic partners in the implementation of the LAPSSET Corridor project.

With the consolidation of the commercial quantities of the Crude Oil, it will be a new dawn to Kenya. The country will now join the leagues of global petroleum hubs known for massive investments and economic transformation on its regions.

You recently signed a grant agreement with AFDB geared towards promoting the implementations and operationalizing of the Lamu Port project. Kindly shed more light on this.

What are the benefits set to be accrued by LAPSSET Project? How do you expect the LAPSSET corridor to affect investment and economic activity in Kenya?

At the country level, the LAPSSET Corridor Program is intended to spur economic development by creating new opportunities and unlocking the latent economic potential in the larger hinterland of Northern and North Eastern and North Western parts of Kenya.

The program is also intended to provide the country with a second strategic port thereby making the country a transport and logistics hub in the region.

Through proper planning and implementation of these mega infrastructures, the Government of Kenya through the LCP creates an enabling environment for the private sector to invest within the corridor. This would further translate the emergence of new growth frontiers that would diversify the country’s economic potential thus contributing to the overall GDP.

The program is also source of job opportunities especially to the youth. The numerous constituent projects require various professional skills and is projected to create over 750,000 jobs both directly and indirectly therefore helping the country in curbing unemployment rates.

You have invested heavily in environmental sustainability initiatives. What are some of CSR projects you have been conducting?

The LAPSSET Corridor Project mainly traverses through Arid and Semi-Arid Lands (ASAL) that also consist of a biodiversity and ecologically sensitive areas. The implementation of the various LCP has consistently considered the environmental impact of such projects and mitigation programs. All programs adhere to the NEMA Act 2012 and processes stipulated therein before, during and after infrastructure development.

The Authority has been in coordination with the various development partners and implementing agencies in carrying out CSR projects along with the implementation of the Corridor’s projects.

Some the programmes that have been implemented to benefit the local communities living along the LAPSSET Corridor include; construction of hospitals, construction of classrooms, provision of water, provision of scholarship programs to the youth, supporting local cultural events, greening of the corridor initiatives among many others.

Moving into the future, what is the outlook for the LAPSSET project? What further changes and development can we expect years ahead?

The LAPSSET Corridor project is robust in nature and touches on multi-sectoral investments from infrastructure to manufacturing, processing and service industries. The entire project is subjected to intensive planning that will result for the futuristic industrial cities, resort cities, techno-cities that also support green development.

In addition, the ongoing Transaction Advisory Services for Lamu Port and Lamu Special Economic Zone and the NEPAD/AU 5% Agenda of De-risking African Infrastructure Projects Program, in which LAPSSET Corridor Program has been selected as model, will create new impetus towards the implementation of the target projects as well as other trans boundary components such as the remaining sections of LAPSSET Corridor highways, railway line, product oil pipeline and other industrial towns along the corridor.

We also expect the number private sector investors taking up investment opportunities for development through Public Private Partnerships (PPP) to increase given the favourable investment environment and incentives the Government of Kenya have continued to create.