Lending for a sustainable future 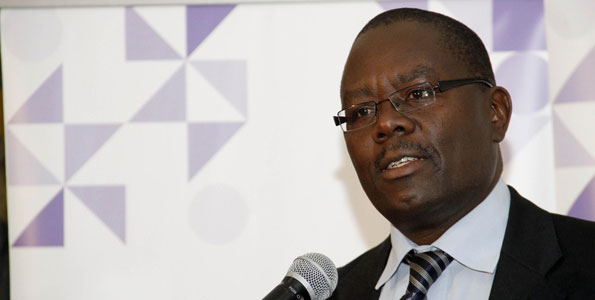 Have you thought of starting your own business or are you an already existing small to medium enterprise (SME) but you do not have credit to kick start your venture? If so, Real People East Africa has a solution.

“We started operations in Kenya in 2009 from scratch but we have grown over the years to become one of the best credit-only micro lenders, not only in Kenya but across East Africa,” says Daniel Ohonde, the Chief Executive Officer.

They also have 16 main branches and several satellite offices in Kenya, three branches in Uganda and two in Tanzania and are looking forward to establish one more branch every year from 2016.

In the last five years in Kenya, the company has lent out Sh13 billion to about 30,000 customers.

As if this is not enough, their loan book currently stands at Sh3 billion, a figure that has doubled in the last three years.

So what has been driving growth at Real People East Africa?

The CEO says part of his mandate when he joined the company in 2012 from African Development Bank was to come up with innovative products to meet the needs of customers and finding alternative ways through which the business could be funded as doing so through shareholder funds was not sustainable.

With his team, they came up with two innovative products: Real Flexi loan and Real Asset loan to offer a financial solution to SMEs and entrepreneurs across the region with viable business ideas but with no capital.

The Real Flexi loan is designed to give business people loans ranging from Sh200,000 to Sh5 million.

The facility allows one to take up an additional loan without having to apply for a new one and it offers flexible access to an approved loan facility at any time with a flexible repayment option.

On the other hand, the Real Asset loan offers customers finance to purchase a productive asset of his or her choice to expand or grow the business.

Under this plan, Ohonde says that one can purchase movable capital assets such as equipment, machinery and motor vehicles, among others.

“One of the advantages of this loan is that it offers up to 100 per cent financing on an asset, no cash deposit is required to access it and one can access between Sh200,000 and Sh5 million to be repaid in 36 months at 2 per cent interest,” he says.

At Real People East Africa, the CEO says before an entrepreneur or an SME qualifies for a loan, a thorough analysis is done to ascertain whether the applicant has the ability and willingness to repay the loan.

“We look at past behaviours, for example if you are someone who bounces cheques. We also talk to your landlord if you are renting space to establish whether you pay your rent on time. We also do an assessment of your business. We normally require that the business should have existed for two years and one has to provide that evidence,” he says.

Depending on the amount that one borrows, the company requires different forms of collateral.

For example, in the Real Asset loan, the asset that one buys is usually the collateral while in the Real Flexi loan, if it costs less than Sh750,000, they do a charter house mortgage where they come to your business or home and list all your personal items and you will pledge that if you do not repay the loan, then they can collect the items.

“Essentially this is for psychological than behavioural reasons because people tend to behave better if they know that they can lose something they value,” he says.

Irrespective of the superb growth of non-deposit taking microfinance institutions in East Africa in the recent past, Ohonde says there are still a few challenges.

For instance, he says the business requires an average basic lending base of between Sh200,000 to Sh5 million every month yet there are no local channels through which they can raise more capital.

He says it is this reason that the company decided to boost its lending capacity by issuing trade bonds worth Sh1.63 billion at the Nairobi bourse last year.

The first tranche under the Sh5 billion programme was offered in three and five- year Fixed Rate Notes as per the memorandum approved by the Capital Markets Authority.

“This was a significant milestone as we were the first credit-only financial institution to successfully go through the entire bond process and have the notes listed at the Nairobi Security Exchange.

Secondly, he says, it’s still hard for microfinance institutions to get people with a high probability of repaying the loan. “Loan repayment in the sector is viewed as quite risky because whatever collateral you hold may not cover fully what you are owed,” he says.

He is of the opinion that the sector needs to change the approach of doing business. “We are still in a place where essentially lending is based on collateral. This should change. It should be about the ability of a customer to pay even without collateral,” says Ohonde.

He joined Real People East Africa in 2012 from the African Development Bank where he was chief operations officer in charge of the South Africa region.

He is registered with the Engineers Registration Board of  Kenya.

During his free time, he likes reading and playing outdoor games.

How Cloud Computing is taking over businesses