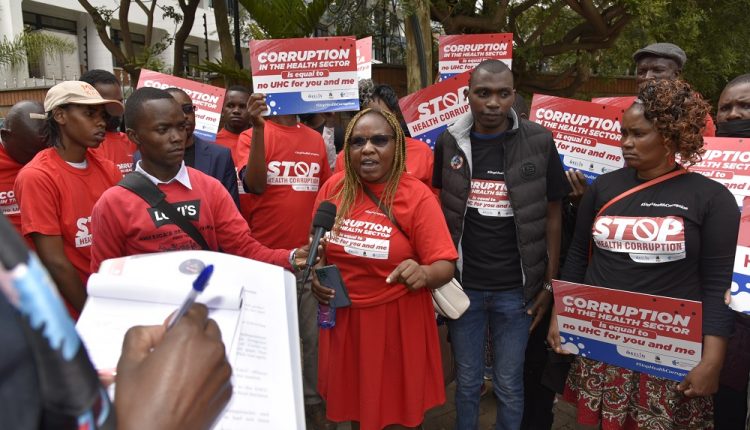 Transparency Inter Kenya, Inuka Kenya Trust, and the Kenya Legal and Ethical Issues Network on HIV and Aids (KELIN)have reached out to the Office of the Director of Public Prosecutions(ODPP) to provide information in regard to the KEMSA Covid-19 procurement scandal probe.

This comes after the expose of the scandal and a probe commenced that to date has not communicated any information nor has the case proceedings been visualized as of yet.

The lobby group indicated that in contravention to Article 35 of the constitution of Kenya 2010 on the right of access to information and sections9(1) and 11(1) of the Access to Information Act, 2016.

Citing a possibility that some of the people who were involved in the scandal that saw a lot of taxpayers lost would possibly be preparing to step in for office as they campaign in preparation for the August polls.

Sheila Masinde, Executive Director, Transparency International Kenya(TI-Kenya) said, “Kenyans are tired of the back and forth between the EACC and ODPP as they just want to see action hence require a statement from both institutions to address Kenyans on the progress in regards to this case. To enable comprehension of how far it is and what way to progress.” 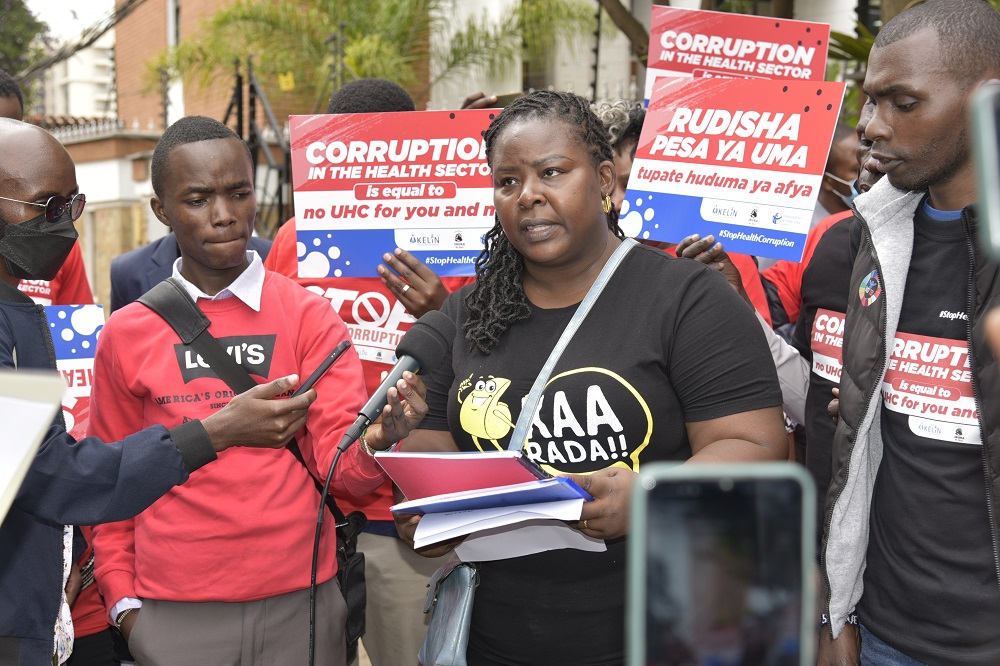 Lobby groups noted that no action has been taken on the Kenya Medical Supply Authority (KEMSA) Covid-19 probe despite a directive by the president, H.E Uhuru as issued on 26th August 2020 thereby directing investigative agencies to undertake and conclude investigations on the same within three weeks.

The group in a presser said, “while no information is forthcoming from the ODPP on the KEMSA Covid-19 probe, corruption cases in the health sector continue leading to losses of billions of taxpayers’ shillings. This has, in turn, derailed the service delivery which has put lives of thousands of citizens at risk.”

Senior Prosecutor Lilian attending the Demo said, “people who have the capability that is money are seeking office despite having cases of stolen funds, corruption. Such people once elected into office pass the laws that ensure their protection which makes it harder for them to be charged by the law for their crimes.” 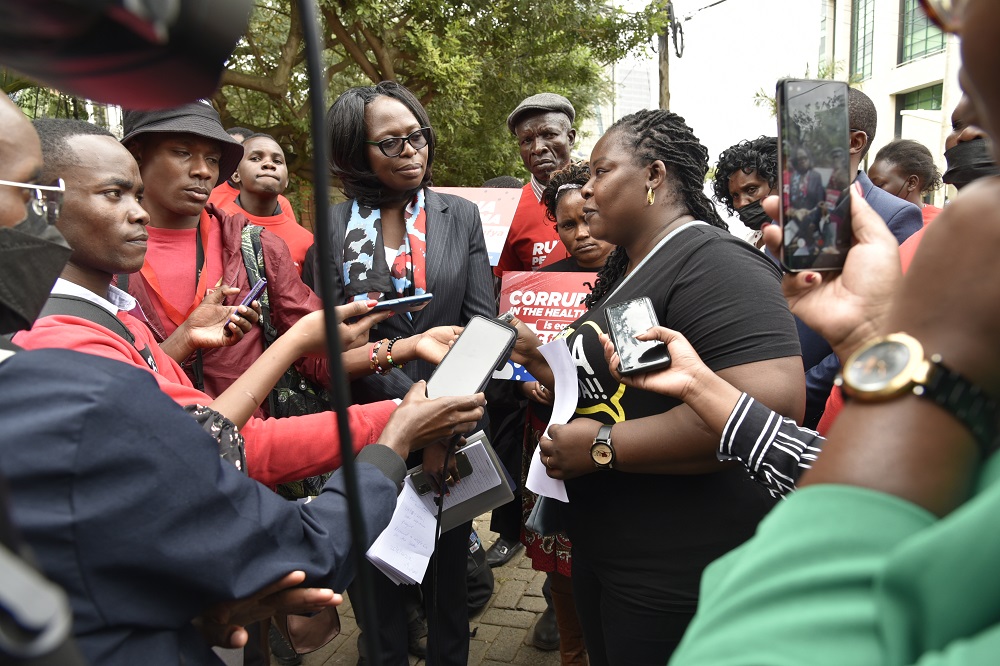 The prosecutor further urged Kenyans to desist from electing individuals who at one point or the other had a hand in a corruption scandal since these are the people who still fail the citizens incessantly.

A petition signed by more than 2,900 members of the public was addressed to the ODPP seeking an update to the public on the progress of the KEMSA Covid-19 procurement probe.

In which petitioners called on the ODPP to immediately issue a report on the outcome of investigations, and an update on the progress of the KEMSA Covid-19 procurement probe for the public within 7 days of receiving the petition.

Concluding, Masinde Sheila CEO of Transparency International Kenya(TI-Kenya) said, “there is a need for knowledge of those involved to have them culpable since some we red-carded as the civil societies of Kenya from running for elections. The money that was lost might already be circling out there supporting the big campaigns because some of those involved were big players. Kenyans are really concerned and we urge you to take this matter solemnly and address us.”

“I will be on the Ballot on 9th Aug” says Sakaja