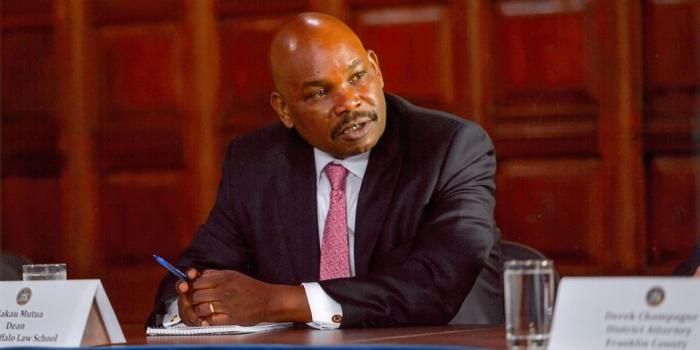 Kenya Human Rights Commission (KHRC) chair Professor Makau Mutua has been appointed as the Spokesperson of the Raila Odinga 2022 presidential campaign team, as well as head of its think tank.

The appointment was made by Raila Odinga yesterday through his official Twitter account “It is my pleasure to appoint Prof Makau Mutua as the spokesperson of the Raila Odinga 2022 Presidential Campaign and head of its Think Tank,” read part of the statement.

Makau has welcomed the appointment expressing his gratitude and thanking the former Prime minister for bestowing his trust in the new position.

“Thanks Baba @RailaOdinga for the trust you’ve placed in me and the privilege of serving you and the people of Kenya in these vital roles. Our march to State House is unstoppable. Because it’s DESTINY.” said Mutua on Twitter