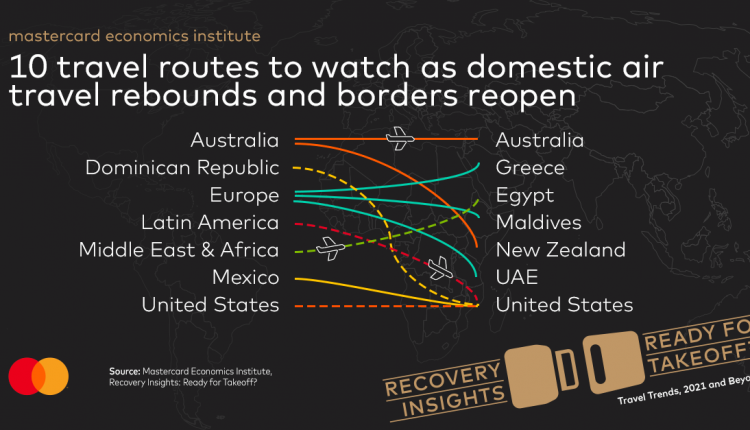 A new report, Travel 2022: Trends and Transitions, delivers critical insights across 37 markets about the global state of travel in a post-vaccine and less restricted chapter of the pandemic era.

With the flight booking trends continuing at their current pace, an estimated 115 million more passengers in Eastern Europe, the Middle East, and Africa will fly in 2022 compared to last year, according to an analysis by the Mastercard Economics Institute.

Drawing on a unique analysis of publicly available travel data, as well as aggregated and anonymized sales activity in the Mastercard network, the report dives into key elements of the traveler’s journey.

Bricklin Dwyer, Mastercard chief economist and head of the Mastercard Economics Institute, said, “The resilience of the consumer to return to ‘normal’ and make up for lost time gives us optimism that the recovery will continue directionally, even if there are bumps along the way.”

Further stating that the ‘Great Rebalancing’ takes place around the world, this mobility is critical to a return to pre-pandemic life.

According to the key findings through April 2022 include: 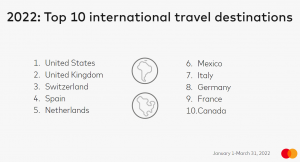 Global business flight bookings exceeded pre-pandemic levels for the first time in March, with long-haul specifically growing double-digits in April. The return to the office was an important driver.  In the Middle East specifically, recovery in international travel bookings only accelerated from mid-2021 after the launch of Covid vaccination campaigns and eased travel requirements in the Western hemisphere. It has also been supported by Middle Eastern national carriers increasing their scheduled flights to more destinations. Business travel in Eastern Europe, the Middle East, and Africa are returning at a much slower pace. Short-haul bookings led the recovery, but only exceeded 2019 levels in March 2022, while medium-haul and domestic bookings remain 16% and 40% below 2019 levels, respectively, as of April 2022.

Loosening of restrictions recalibrates the tourism map for 2022

Not surprisingly, the ability and convenience of travel have been a driving factor in booking destinations, though 2022 has provided a clean slate with restrictions loosened in much of the world, aside from parts of Asia-Pacific.

The result is that the U.S., U.K, Switzerland, Spain, and The Netherlands are now the top destinations for tourists globally.

For travelers from Eastern Europe, the Middle East, and Africa, the United Kingdom has been the choice destination in the ongoing recovery, with demand exceeding that of the United States.

The United Kingdom’s “Freedom Day” lifting of restrictions in July 2021 contributed to this trend. European destinations make up most of the top 10 destinations for travelers from“Like any flight, the travel recovery has faced both headwinds and tailwinds.