Michael Joseph Steps Down as Safaricom Board Chair Former Safaricom chief executive Michael Joseph has stepped down as board chairman to devote more time to the telco’s investments in Ethiopia and the national carrier Kenya Airways as former ICDC and Kenya Pipeline Company John Ngumi is the new chair.

Mr Joseph’s decision is to allow him flexibility to support the telco’s forays in the populous Horn of Africa nation.

“This will also allow me to devote more time to Kenya Airways during this critical time to ensure that we continue the work of restructuring and refinancing for KQ to remain on the journey towards profitability in the next 2 years,” Mr Joseph said on Friday.

He said his decision to step down was made after consulting widely including main shareholders, the Government of Kenya, Vodacom and Vodafone, the board and the CEO Peter Ndegwa. 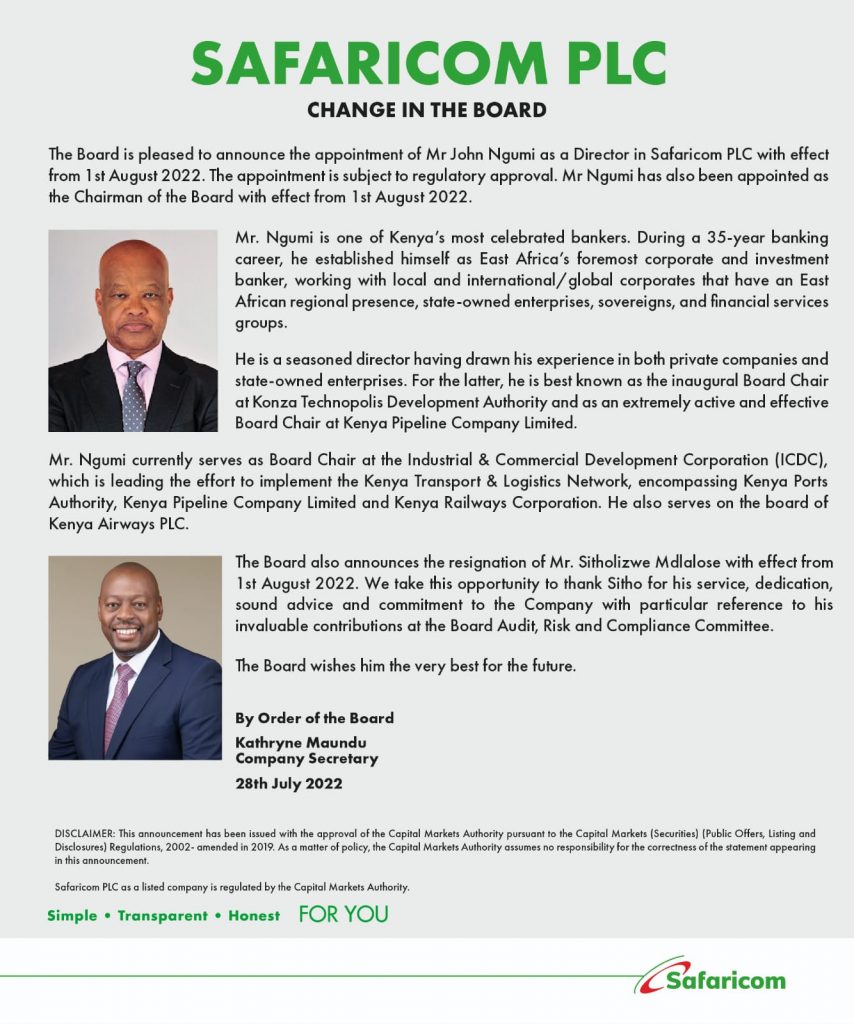 Mr Joseph said that the move should not be interpreted as taking a step back from the business to enjoy life after decades of commitment to building the telco into the behemoth it is today.

“While there is indeed a right time in any man or woman’s life to take a step back from business and devote more time to enjoying life, in my case, this will probably not happen yet as I will continue to participate in other interesting business opportunities available,” Mr Joseph explained.

Mr Joseph was the founding CEO of the company, steering the telco to grow from a subscriber base of about 18,000 in 2000 to over 17 million at the time of his retirement in 2010.

He relinquished the top post to Peter Ndegwa, whose appointment took effect on April 1, 2020, having held the role in an interim capacity following the death of his successor, former CEO Bob Collymore in 2019.

He is credited with the launch of the pioneering mobile money platform M-Pesa and taking the telco public in June 2008 via an initial public offering that raised Sh50 billion for the government.

Besides Safaricom, Mr Joseph holds multiple executive and non-executive roles within the larger Vodafone Group.He is also the director of mobile money at Vodafone Group Services and Vodafone’s strategic adviser appointed to the board of its subsidiaries, including Vodacom Tanzania.