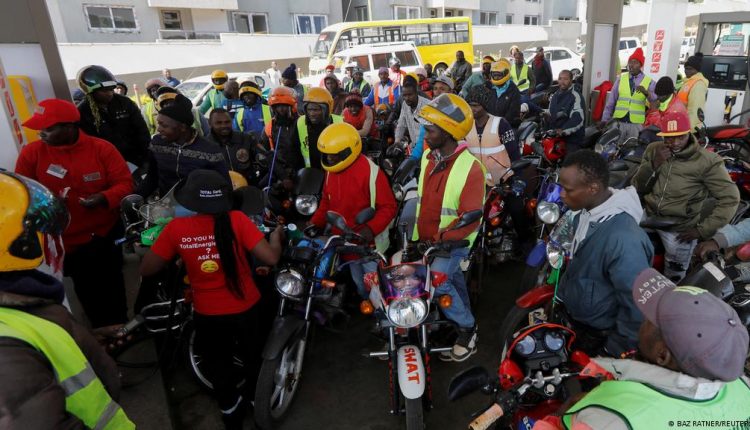 A section of motorists in parts of the country has sent a plea to President Uhuru Kenyatta over the persisting fuel shortage. The plights of the boda boda operators and commuters seem to be persistent which leaves a big question as to why and how will this situation be solved amicably.

The operators have asked President Uhuru Kenyatta to intervene and end the shortage that continues to paralyze operations and and risk plunging the country into an economic crisis.

The affected areas include Kisii, Nyamira, Kilgoris, Voi, Rift valley parts, western  where motorists are enduring long queues and even overpriced fuel due to its scarcity.

A motorist stated, how he had been compelled to buy petrol at Ksh200 and the situation is getting worse as students prepare to return to school. Most of us are even being pushed to hike fares further because of this shortage.

“We have only had a steady supply of fuel in this area for just a week and things have returned to normal, same old story of long queues and panic buying. we just request President Uhuru Kenyatta to personally intervene because the situation is getting out of hand,” a boda boda operator pleaded to the head of state.

According to motorists, the situation has gotten worse with the back to school rush which has seen heightened transport activities across the country.

Students started reporting back to school on Monday April 25 for the new academic year just days after the release of the Kenya Certificate for Secondary Examination (KCSE) results by Education Cabinet Secretary George Omore Magoha.

As a result of the fuel shortage, commuters are paying high fares, with operators tripling their charges with an aim to cover up for the piling charges on the fuel prices and long queue that are slowly getting back.

The situation has however not hit Nairobi which was also affected by the fuel shortage late last month with no official statement from the Energy and Petroleum Regulatory Authority (EPRA) on the persisting crisis.

The shortage comes just days after Energy Cabinet secretary Monica Juma announced that fuel supply has been restored in all parts of the country.

Juma stated that by 18th April 2022, the Ministry can confirm that majority of petroleum retail stations across the country were carrying out business as normal. The long queues witnessed in the past 2 weeks were gone, and normalcy in petroleum supplies was restored.

She stated that as of April 18, the total petroleum stock held by Kenya Pipeline Company Limited (KPC)included 52,900,000 litres of Super Petrol and 82,177,000 Litres of Diesel.

however, the motorists are still facing dire challenges when it comes to obtaining  fuel which keeps making locomotion and business difficult as well as expensive.

Presidential aspirants have until April 28 to nominate their running mates

KRA Announces Mass Motor vehicle Auctioning, How one can Bid