Nakumatt Projects Sales of Up To 34 pc This Holiday 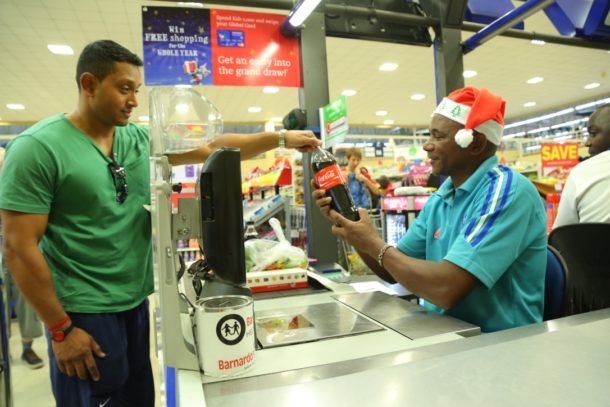 Based on the firm’s internal economic projections and prevailing conditions, regional retailer, Nakumatt Holdings is projecting a positive sales growth of up to 34 per cent through to January next year.

According to its Managing Director, Atul Shah, the festive season, which traditionally kicks off with Diwali festivities, is on to a good start with increased customer footfall at a majority of its 62 branches across East Africa.

For the third year running, Nakumatt has also disclosed a marked growth in the rate of Gift Voucher purchases by local corporates, Individuals, Public and Non Governmental organizations.

“The festive season has kicked off on a refreshingly good start and all indicators are that the current level of footfall will be maintained through to January,” Shah explained and added, “even as we undertake business reforms through the season, we are anticipating a more than 34 per cent growth drawn from the higher sales rate.”

As part of the firm’s bid to further grow sales through the season, Nakumatt has also launched a customer reward scheme. The Nakumatt Christmas Campaign will see 500 lucky Nakumatt shoppers winning a year long worth of shopping vouchers.

Globally, retail analysts are projecting marginal growth in the holiday season. In the United States, holiday spending is expected to reach its highest point since the Great Recession, increasing 10 percent compared with the 2015 holiday season, according to PwC’s 2016 Holiday Outlook.

The National Retail Federation (NRF), which is the largest retail trade association, recently announced that it expects sales in the holiday season, excluding autos, gas and restaurant sales, to increase a solid 3.6 percent to $655.8 billion.

The US based retail trade association, says the sale projections will be significantly higher than the 10-year average of 2.5 percent and above the seven-year average of 3.4 percent since recovery began in 2009.