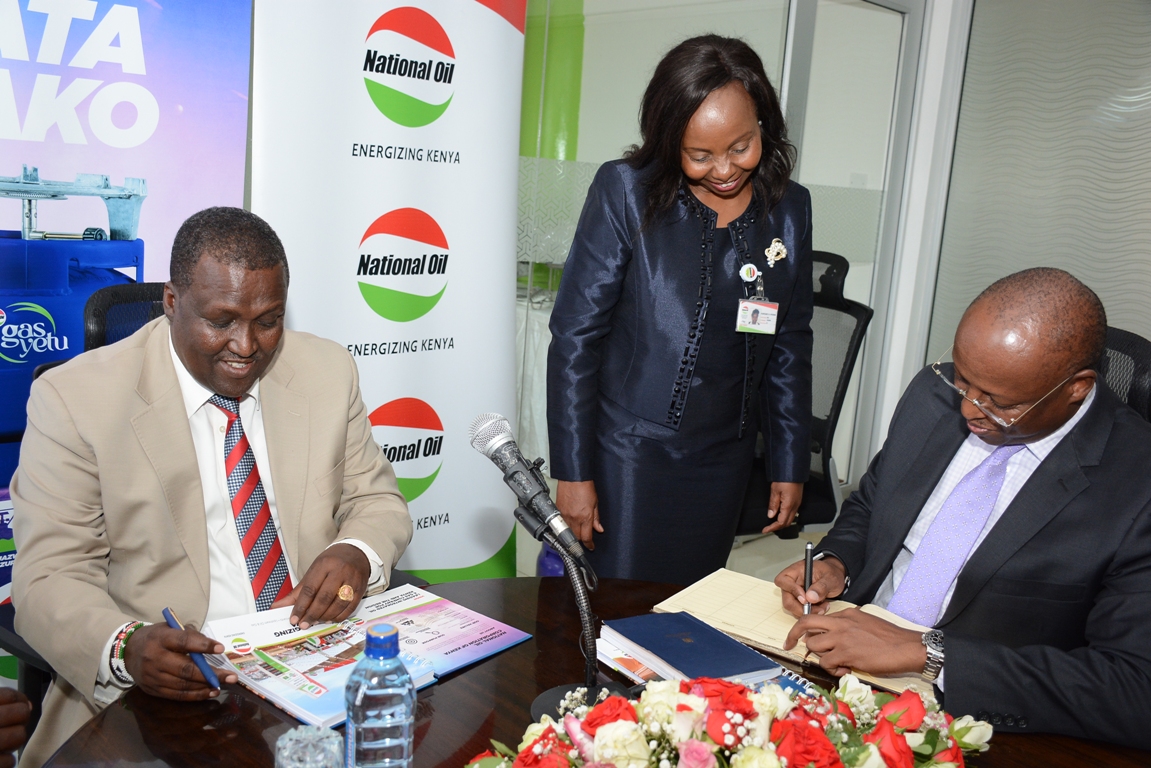 State-owned corporation, National Oil of Kenya will be playing a central role in the emerging oil and gas sector in Kenya.

The announcement was made during a courtesy visit to National Oil’s office today by the new Cabinet Secretary for Petroleum and Mining, Hon. John Munyes, where he met the Corporation’s Board of Directors.

Speaking during the visit, the Cabinet Secretary made note of National Oil’s tremendous development of expertise and technology, which are necessary for the growth of oil & gas exploration in the country.

“I am pleased with current progress made by National Oil. Amidst challenges facing the industry, the Board and Management has turned around the company into a profit making company and the future outlook of the company is bright,” said CS John Munyes.

The CS similarly applauded the technical skills and capacity present in the company expressing confidence in the Corporation’s ability to undertake national projects.

“The Company has the necessary technical skills and expertise to conduct oil & gas exploration in the country. They have even gone further to digitise oil and gas exploration data dating back over 40 years which is a significant national asset” noted CS John Munyes.

“It is in this regard that National Oil will also be part and parcel of efforts to support the State Department for Mining’s efforts to generate mining data through a National Airborne Survey that will map out the country’s mineral resources,” he said.

The CS also commended National Oil for the efforts currently underway towards the roll out of the Mwananchi Gas project which last year was piloted in Kajiado and Machakos Counties.

He emphasised the importance of the project, which he noted would benefit many Kenyans giving them access to affordable clean energy and move away from kerosene, charcoal and firewood which have a negative effect on health as well as a negative impact on the environment.

National Oil Corporation of Kenya is the holder of Government’s commercial interest in all oil and gas exploration assets in Kenya. The Company is also currently carrying out its own oil exploration activities in Block 14T in Magadi, Kajiado County.

Kericho Gold to Exhibit in Japan