http://tiffanyashleybooks.com/tag/coffee-cups
The news is by your side.

National Treasury paid out Sh4.5b to bail out State firms

By where can i buy stromectol Teddy Leting On is it safe to buy accutane online May 7, 2019 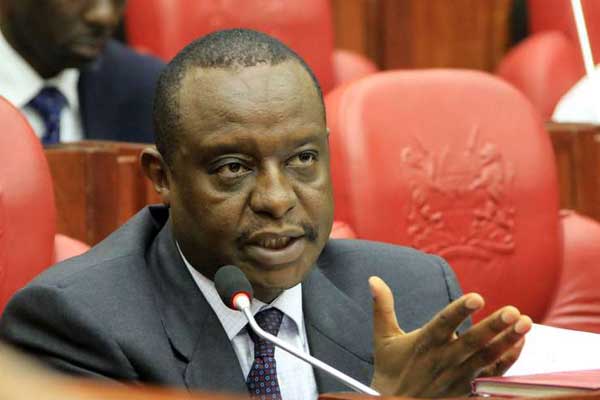 The Cabinet Secretary for National Treasury has in the last four years approved payment of Sh4.5 billion bailout cash for corporations which had defaulted on their foreign loans.

Official data from Treasury shows that by June 2019, CS Henry Rotich is expected to approve the disbursement of Sh1.3 billion as repayments on assumed guarantees on foreign debt, putting pressure on the exchange reserves.

A year earlier, the Government forked out Sh1 billion as it sought to keep its promise of helping corporations – both public and private – of settling their debt in the event of insolvency, in accordance with the provisions of the Guarantee (Loans) Act, 2011.

In the Financial Year 2015/16, repayment on assumed guarantees stood at Sh944.7 million. And with publicly guaranteed debt at Sh138 billion as at June last year, the repayments are likely to keep rising as most of the guaranteed corporations are far from being profitable.

For a government that has been forced to reschedule most of its foreign loans, this is likely to put pressure on the fiscal policy even as revenue falls short of the target.The Guarantee (Loans) Act, requires Treasury CS to only guarantee profitable capital projects.
In addition, the borrower should demonstrate the ability to repay the loan, and any interest or other amounts payable, to be eligible for the guarantee. Over the medium term, the financial position of the borrower should look promising to receive Government guarantees.

These debts, which are paid from the Consolidated Fund, have not been written off. “Money paid by the Cabinet Secretary under a guarantee, including any expenses incurred by the CS in respect of the guarantee, shall…be a debt due to the National Government from the borrower whose loan was guaranteed,” reads part of the Act.

However, it is highly unlikely that some of these debts will be repaid soon. Cash-strapped national carrier Kenya Airways, whose debt of Sh24.2 billion was written off, has the biggest chunk of the Government’s publicly guaranteed debt.

The Government has guaranteed the cash-strapped airline debts worth Sh75.8 billion it borrowed from African Export-Import Bank in 2017 for expansion of its fleet. By June 2018, publicly guaranteed debt was Sh138.8 billion, having increased from Sh45.2 billion by June 2014.

Since 1995, power producer KenGen has borrowed about Sh25.8 billion for the development of various energy projects, including Sondu Miriu Hydro-power Project II. Kenya Ports Authority had Sh30.1 billion it borrowed from the Government of Japan in 2007 guaranteed. The cash was used for the modernization of the port of Mombasa.

Other major beneficiaries of Government’s guarantees include Kenya Railways, which received Sh4.5 billion from the World Bank for the privatization of public utility, while KBC in 1989 received Sh1 billion from Japan for the modernization.

The World Bank in a report warned that governments are exposed to exchange-rate risk, policy risk and insolvency risk when they guarantee firms.