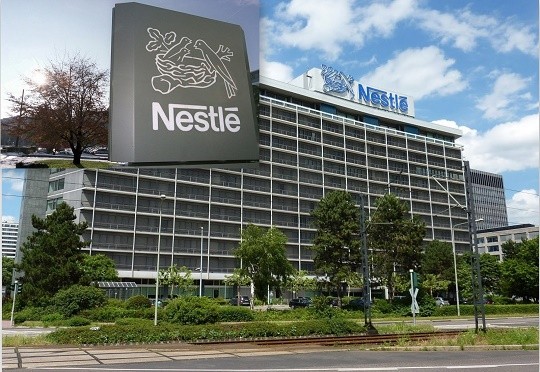 Nestle has renewed its Nescafe Plan in Kenya, this time with a focus on women. The multinational food and drink giant is going to spend Sh23million(over $227,000) to empower coffee growing households in the Western and Central regions of Kenya. This is the third phase of the Nescafé Plan in Kenya which aims to train and give technical support to over 18000 coffee farmers and connect them to markets to improve their standard of living.

The Nescafé Plan is a global initiative by Nestlé to create value across the coffee supply chain, ranging from on-the-ground support for farmers to consumers. Nestlé launched the Nescafé Plan in Kenya in 2011 with implementing partner, Coffee Management Services (CMS) Ltd, after discovering that farmers were abandoning the crop and the quality of the coffee was plummeting. Since its launch eight years ago, Nestle has invested over Sh70million($691,232) in the Nescafe Plan and has recorded significant results.

According to Njeru Ng’entu, Managing Director, Nestle East Africa, the Farmers’ Co-operative Societies recorded a 12 percent increase in coffee production. “The quantity of coffee produced by farmers who partially adopted the good agricultural practices increased from 2.5Kgs to 7Kgs per tree between 2011 and 2018,” Ng’entu said. “Those who fully adopted the good agricultural practices recorded a 300 percent productivity growth from 2.5kg per tree at inception to 13kg per tree,” he added.

To promote the inclusion of women and youth in coffee farming and cooperative administration, the third phase of the plan will see over 5000 female coffee farmers trained on how to grow coffee in an efficient and sustainable way, leaving them empowered to take up significant roles in coffee production while receiving extended agronomist support. This is an addition to about 6,039 women who were trained on cooperative leadership, coffee production, self-development and coffee verification in phase two of the plan.

“The first two phases of the project were remarkably successful, impacting over 42,000 farmers who were trained on good agricultural practices. The project will scale-up the Nescafe plan interventions to 12 more co-operatives to enable adoption of good agricultural practices, to increase their productivity and improve their quality,” said Kamau Kuria, Managing Director, CMS.

He also stated that although the program has managed to provide solutions to key challenges faced by coffee farmers, some of these challenges persist, hence the need for a continuation of the program. Also, owing to the increase in the demand for coffee, more Kenyan farmers are starting to embrace coffee farming. With the Nescafe Plan promising increased production and access to more markets,  these new coffee farmers are guaranteed a better livelihood.

Kenya has served as one of Nestle’s coffee resource market for over five decades. The country’s coffee is highly sought after in the global market and has been a major pillar of its economy. Thousands of farmers from the first two phases of the Nescafe Plan have adopted the high yielding, disease resistant Batian coffee variety hence coffee production is likely to more than double in the next three years

Kenyans get another opportunity to in invest in M-Akiba Bond