Netflix vs DStv: A Titanic Battle For Our Eyeballs 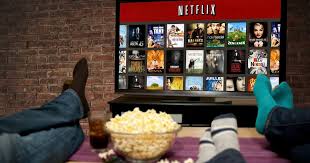 The year 2016 began on a somewhat exciting note. Netflix, an American multinational provider of on-demand Internet streaming media announced its entry into the nascent African market.

Netflix will now be available in Kenya, South Africa and Nigeria. So what happens when the world’s largest streaming video service switches on for over 42 million people?

Netflix, whose high uptake in the US has hit audience ratings and slashed advertising revenues for cable and satellite channels, has about 74 million subscribers mainly in the US and Europe.

Kenyans received the news with great enthusiasm and took to social media. Others hailed the announcement as the biggest disruption on the local television space while prematurely announced the death of pay and cable TV. But is that case?

Before its entry, DStv had held an uncontested monopoly in the pay TV market in Kenya. Though there are alternatives, none of them could really rival DStv. This lack of competition allowed the South African company to retain its high prices for its packages.  But the entry of Netflix is definitely a game changer.

Netflix gives you the ability to watch TV channels right from your phone, tablet, PC with a dial-up internet connection. When it comes to unlimited streaming, Netflix is very cheap.

Its packages and prices are as follows: The basic plan costs about US$7.99 while the standard and premium will set you back about US$9.99 and US$11.99, respectively. Payment is via PayPal, debit card or credit card. Ccustomers are also offered a 30-day trial period.

In September 2015, DStv increased its bouquet costs by up to 15 per cent to between US$10 and US$94 a month. This could see Netflix challenge its customer base.

DStv uses encoding and decoding of signal through a dish (free to air) and a decoder. The signal is sent to the dish which it transfers to the decoder inside the house through a LCD cable. The signal is then decoded into sounds and images.

Netflix on the other hand, makes use of your Internet connection from any device. All one needs to do is access their website after subcribing and look for a TV show to watch. The graphics efficiency depends on the strength of your internet connection. Netflix can be used anywhere and on any internet enabled device; it can be connected to your TV.

DStv’s major attractiveness remains its numerous sports channels, which broadcast live matches to its many subscribers. The South African company also has full rights to the Supersport channels and its content cannot be broadcast elsewhere.

DSTV subscriptions are easily down-gradable, however, and it will be interesting to see if consumers remain loyal to the company or downgrade to the lowest package for sports channels before taking out a Netflix subscription.

In recent years, Kenya’s internet penetration has grown exponentially. As a result, it has spurred the creation of newer services, VIDI and NODE. With the current Fibre-to-the-Home campaign well underway, Kenya is no doubt on its own way to becoming the ideal market for Netflix.

For a long time, there was limited internet availability in Africa, making it easy for DStv to monopolise the market but in light of the perks that come with Netflix, the company could struggle to remain relevant and competitive despite its sports channels.

For US$8 a month with no additional fees, Netflix plans to remove its geo-blocking system, allowing all the countries it operates in access to the same content.

DStv may have its sports but Netflix is set to pull off popular series from DSTV. Series such as Orange is the New Black and House of Cards have signed away their rights to Netflix and they will be removed from DStv once the firm enters the South African market.

However, given Africa’s wanting ICT grid and sheer enormity, it’s going to be a long haul before Netflix exerts its anticipated influence.

DStv will have to consider slashing subscription rates and restructuring its broadcast content if it is to remain a major player in Kenya.

Young and making a difference; Youths prove that dirt is good and profitable