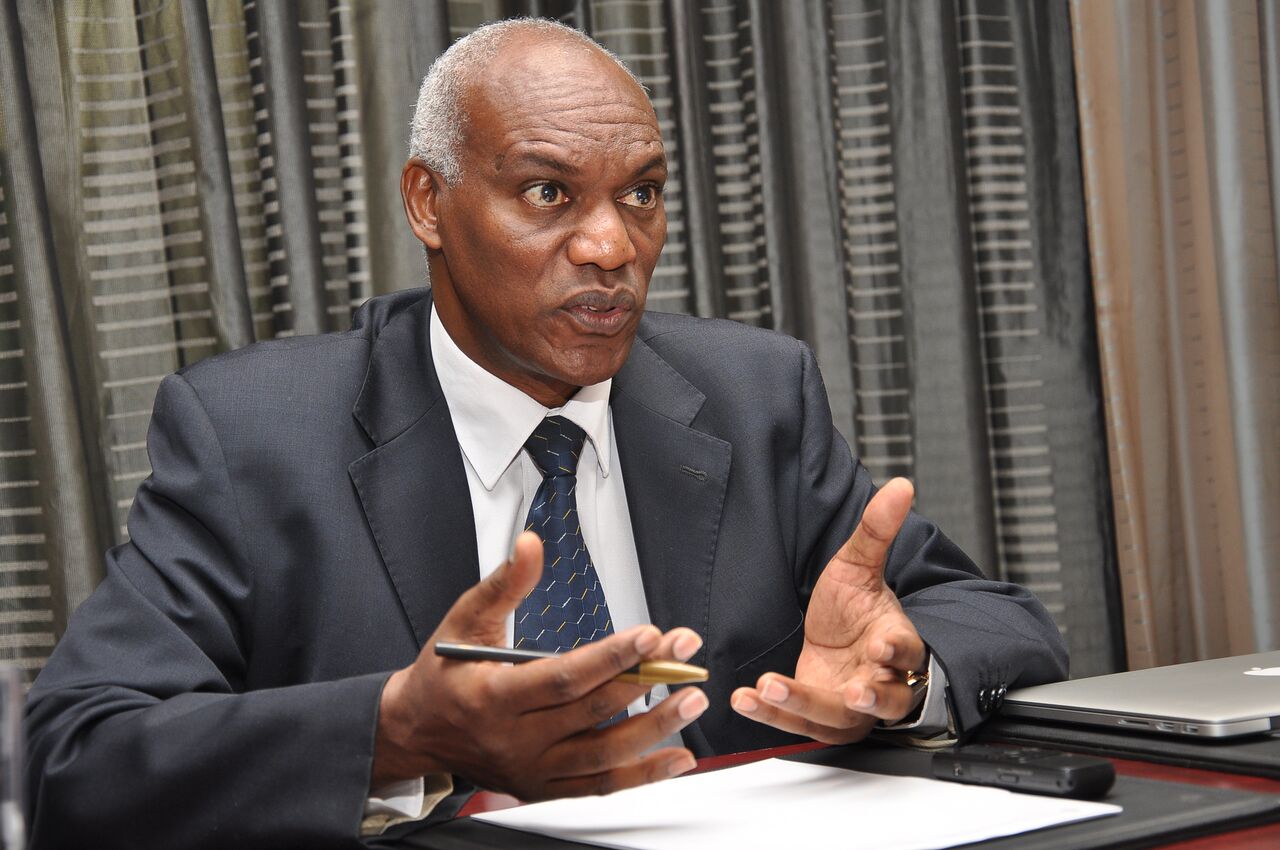 Academic talks about his vision for higher education

On November 6, 2015, Prof Alexander Lyambabaje took office as the new Executive Secretary for the Inter-University Council for East Africa (IUCEA) for the next five years.

This followed the expiry of the term of Prof Mayunga H.H.Nkunya, who had been at the helm since 2010.

For a man who has been in academia for the last three decades — first as an assistant lecturer, lecturer and senior lecturer and then as associate professor, Lyambabaje’s appointment came as an opportunity to take the institution to another level.

“In the next five years, IUCEA wants to focus on the establishment and operationalisation of the East African Community (EAC) Common Higher Education area,” he says.

The Rwandan-born father of four says in this Common Higher Education area, students and faculty members will be able to move freely in the entire community.

Students will receive equal treatment in each partner state, access scholarship opportunities and they can accumulate and transfer credits so that they can study in three or four universities of their choice and graduate in one university.

For faculties, the academic don indicates that there is a need for mutual recognition of competencies. Thus, they have started looking for strong collaborative research in areas of interest for EAC countries.

“Given that we do not have that much human resources with high qualifications, we would like to facilitate exchange of staff so that they can work across the region under partnerships facilitated by IUCEA and respective partner institutions.”

Secondly, he says that under his tenure, he would like to see the involvement of industry and the public sector in training and research for students across the region.

“It’s a proactive approach on the side of universities to go to industries and the public sector to make sure that they come on board for development of curriculum and also to participate in training through lectures and seminars.”

He says he would like to see universities going into industry to conduct applied research and to support small and medium enterprises.

He believes that during his tenure, he will be able to develop the institution so that it can deliver its mandate.

Towards that end, he says IUCEA is planning to invest about US$7 million for infrastructure development and fill vacant positions in the understaffed institution.

“All this should contribute to improvement of quality of training, teaching and research,” he says.

One initiative that is ongoing is the establishment of 30 centres of excellence in the EAC region. (24 supported by the World Bank, 4 by African Development Bank and 2 by IUCEA)

The objective of the Academic Centres of Excellence (ACE) project is to strengthen selected Eastern and Southern African higher education institutions to deliver quality postgraduate education and build collaborative research capacity in the regional priority areas.

The selected ACEs are expected to address specific development challenges facing the region through graduate training in Masters, PhD, and short-term courses and applied research in the form of partnerships and collaborations with other institutions and the private sector.

Eight participating countries — Ethiopia, Kenya, Malawi, Mozambique, Rwanda, Tanzania, Zambia and Uganda — are contributing US$140 million through a loan from the International Development Association (IDA) of the World Bank Group, to finance the selected ACEs. On the other hand, World Bank will be issuing US$ 8 Million to IUCEA out of which US$ 5 Million will be spent for the facilitation of the implementation of the project and US$ 3 Million for scholarship.

The ACEs were selected through an open, objective, transparent and merit-based competitive process based on the following criteria-proposal that addressed (a) specific challenge in one of the five priority areas in the region –industry, agriculture, health, education and applied statistics; (b) proposal of the highest quality; (c) hosting institution had evident capacity; (d) selection that provided for geographical balance; and (e) the hosting country and International Development Association (IDA) funding eligibility and availability.

All these ACEs are expected to build institutional capacity to provide quality post-graduate education with relevance to the labour market, build institutional capacity to conduct high quality applied research, relevant to addressing a key development challenge/priority, develop and enhance partnerships with other academic institutions (national, regional and international) to pursue academic excellence, develop and enhance partnerships with industry and the private sector to generate greater impact, improve governance and management of the institution and set up a role model for other higher education institutions and deliver outreach, and create an impact to society by delivering excellent teaching and producing high quality applied research.

Over the project duration of five years, the ACEs are expected to enrol more than 3,500 graduate students in the regional development priority areas, out of which more than 700 will be PhD students and more than 1,000 female students, publish almost 1,500 journal articles, launch more than 300 research collaborations with private sector and other institutions, and generate almost US$30 million in external revenue.

IUCEA was selected by the Regional Steering Committee (RSC) of the ACE II project as the Regional Facilitation Unit (RFU) and will provide overall coordination, facilitation and administration to the project implementation under the oversight of the RSC.

He has served in different areas in the Rwanda government. For instance, in 1999, he was appointed Permanent Secretary in the Ministry of Education.

In 2000 he was appointed Minister of Commerce, Tourism Industry, Investments promotion and Cooperatives, a position he held until 2003.

He supervised the formulation of policies for the ministry and, in particular, the Rwanda Tourism Policy.

He also contributed to the regional integration process through active participation in regional ministerial meetings, including East African Community and COMESA meetings.

Since April 2014, he has served as a senior researcher at the University of Rwanda in the College of Medicine and Health Sciences.

He also served as an Associate Professor of Statistics in the Institute of Applied Sciences, Ruhengeri.

Power Reliability is Non-negotiable for our economic development