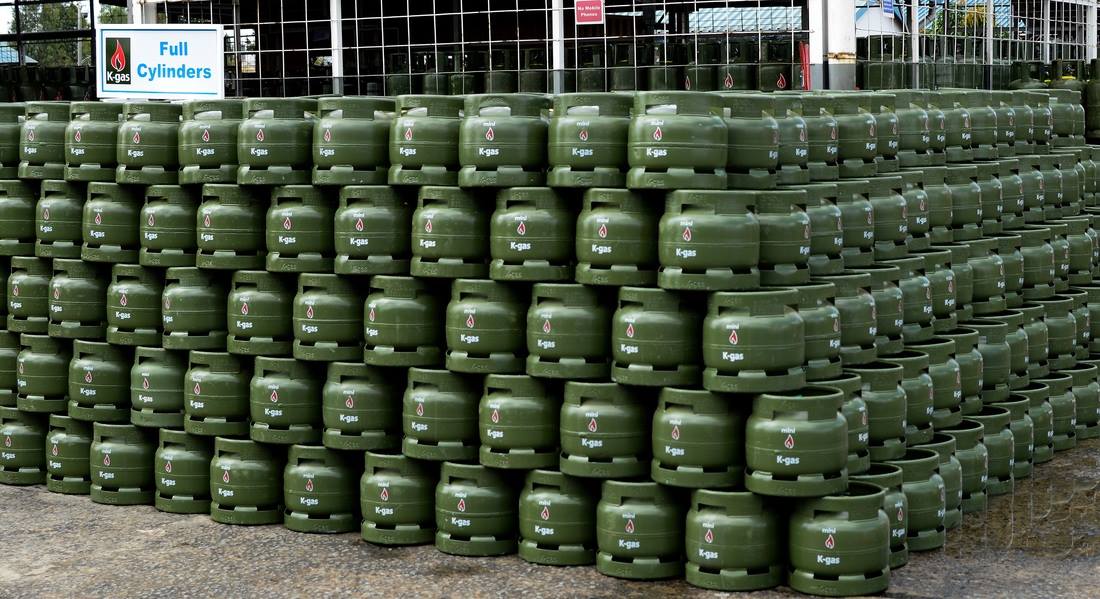 On 21st August 2018, a 27-year-old man and his two-year-old son died while sleeping in their house in Mukuru slums, Nairobi, following an explosion from a gas cylinder. Months later, in 2019, two separate incidents of gas explosions occurred – one in Mlolongo, Machakos County, where one person died and two others were injured and another at Kenya Bus Station, Nairobi, where three people got burnt beyond recognition when fire razed a lodging they were staying in.

But how could these have happened? According to energy regulator, Energy Petroleum Regulatory Authority (EPRA), irregular marketing and supply of Liquefied Petroleum Gas could be connected to some of these explosions, among other reasons.

This is why the Authority came up with a set of standards to regulate production and supply of the product to ensure Kenyans get access to affordable and clean Liquefied Petroleum Gas (LPG).

Speaking during the launch of the new regulations early June, Pavel Oimeke, the Director General for EPRA said the new rules would only allow accredited and authorized firms conduct business on gas production and Supply. And they’ll ban oil marketers from accepting gas cylinders from rival brands during refilling.

The regulations, unveiled by the Energy ministry, are meant to restore safety by minimizing opportunities for illegal refilling, rebranding and counterfeiting of gas cylinders. This would mean that Kenyans will no longer exchange their cylinders for different brands at their local dealerships.

With the new laws, it will no longer be mandatory for LPG retailers to swap any brand of cylinders.

“The mandatory interchange of LPG cylinders has seen brands lose track of 90 per cent of the cylinders they had invested in, stalling investment in further cylinders, and seeing legal checks set aside as nameless re-fillers resold cylinders, but could not be made accountable for safety breaches.” Oimeke Said.

LPG brands are also on check as the law places additional responsibility on them in terms of guaranteeing the safety of every cylinder.

“The brands, which will only swap their cylinders for new ones through their own branded retail points, must also add safety instructions onto each cylinder, including guides on what to do if consumers smell a gas leak,” Oimeke said.

These changes are part of a government drive to position LPG as Kenya’s primary cooking fuel to end the health and environmental problems that result from cooking using firewood and charcoal.

“Elsewhere in the world, LPG dominates in rural areas as a clean and safe fuel. Moving to regulations that will see the end of illegal cylinder refilling in Kenya will open the way for a projected seven-fold increase in LPG usage.” Olagoke Aluko, Chairman of the Petroleum Institute of East Africa (PIEA) said during the event.

PIEA, which represents the country’s oil and gas industry, is now working with the government and regulators to achieve a widespread switchover to LPG, at a time when more than 70 per cent of Kenyans are still using firewood and charcoal for cooking.

PIEA has vowed to push for the use of LPG in a bid to promote a Green economy, saying it will no longer accommodate gas cylinders that are not properly checked between refills and are not fully labelled for safety and traceability.

“The pollution that dirty cooking fuels are creating in the homes is killing tens of thousands of Kenyans a year,” said Aluko, adding: “Estimates suggest some 21,650 Kenyans die every year from air pollution, and 40 percent of childhood deaths are being caused by respiratory diseases triggered by indoor cooking pollution.”

The country’s dependency on firewood and charcoal, which has remained larger than in other African countries as a result of challenges in the Kenyan LPG market, has caused severe destruction of forests.

Illegal logging has damaged main water catchment areas and seen the country suffer a shortfall in its wood supply each year.

According to Aluko, the regulations would help investors have a free but monitored circulation and benefit from the safety of not just the consumer but the environment as well.

“Our troubles in this regard date back to the introduction of domestic LPG cylinder inter-change. It is the law in Kenya that all LPG cylinders can be interchanged at the point of purchase regardless of the brand, this is enabled by the requirement for all domestic cylinders to have a universal valve of the same LPG regulator fitting across different brands, so that consumers only need a single fitting to connect any brand of LPG cylinder.”

“The rationale for introducing mandatory interchangeability and common valve on every cylinder was an excellent one. It allows any citizen to conveniently buy LPG of any brand at the closest point of sale.”

PIEA has established the circulation flow of illegal gas in various markets and the dangers it pauses to its consumers. And says there’s a gap which prompts illegal marketers to supply fake gas to the innocent buyers.

“This is one of those matters that looks simple on the front end, but more problematic behind the scenes, causing two very distinct problems. The first is that though there is an LPG Cylinder Exchange Pool that manages the interchangeability process, the vast majority of branded cylinders are never returned to their original branded owners.” Aluko says.

“Instead, the empty cylinder moves into a parallel market, is illegally refilled and returned back to retailers for resale. Of all the cylinders bought by majority of the licenced LPG marketers, 90 per cent were never returned, staying out there through endless rounds of illegal refills and resales.”

Cause for most explosions

This set up a severe safety problem, as the branded cylinder owners are obliged to check cylinders with every refill and to periodically test their valves and overall safety. With cylinders moving around without ever returning to their brand owners, many go for years on end without being checked for safety.

Thus, cylinders begin to get damaged without spotting or even checked as they are often illegally refilled. They then begin to leak, explode and ultimately cause untold harm to people’s homes and lives.

“The second problem that arises on interchanging cylinders is the debt that arose from this mandatory exchange of cylinders amongst brand owners. This is because a brand owner would on many occasions end up with excess competitor empty cylinders compared to the number exchanged between the two brands, forcing the brand owner with less number of cylinders to pay a refundable cylinder deposit to cover the physical cylinder deficit,” he says.

“With time this refundable cylinder deposit owed amongst the fifty (50) LPG exchange pool members increases astronomically leading to collapse of two brands that didn’t honour the refunds and an unpaid debt of approximately Ksh1billion in cash and assets.”

As a solution to all these problems, the new regulations now end mandatory interchangeability. Consumers may only return their cylinders to retailers acting for the brand market on the cylinder.

The brand can voluntarily form mutual partnerships with other brands to interchange its cylinders at the point of sale, following approval by the Competition Authority and submission of this agreement to the Energy and Petroleum Regulatory Authority (EPRA)

Henceforth, every brand will have a relationship with distributors and retailers that are selling or collecting its cylinders.

“As LPG cylinders come home to their brand they will be checked as safe with every refill, and the new regulations affirm that the brand remains the owner of all cylinders, must keep track of every one of them, and is absolutely responsible for the cylinder’s safety at all times.” Aluko says.

Thus, consumers have to get a safety guarantee from the brand, restored as a straight line without questions or doubts over responsibility and the brand marked on the cylinder is responsible for its safety.