Increase by garages offering customization of cars has pushed new ideas with the latest technologies to bring out the art of driving cars. 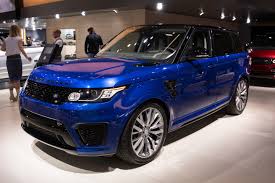 Owning cars in Nairobi has experienced a complete turnaround with customers wanting cars that fit their taste and meet their standards. This has further pushed car dealers to bring more creativity into car designs to cater for the clients wishes.

Garage dealers speculate that part of the increase can be the attributed to a growing number of people earning more money that allow them to exercise how they would like the cars remodeled to suit their luxurious lifestyle.

With more Kenyans climbing up the social ladder, more personal vehicles are filling up the roads promising a billion business profits for the car dealers in the country.

The “fantasy affair”, as one of a garage owner in Karen calls it, involves remodeling a car according to the desire of a consumer and the advice from a car expert.

“Clients are getting more sophisticated; they demand for unique features that will stand out from any other car passing by. It’s like matching your own identity with a machine,” he says.

The money needed to personalize a car might sometimes scare away many average Kenyans, one mechanic points out that it is not always an expensive affair. He adds that simple affordable procedures can be done to a car making it standout.While customized vehicles may mean, to many average Kenyans, digging deeper into their bank accounts,  Rajput is also quick to rule out that it does not have to cost a lifetime savings as some parts of a car can be made to order without having to interfere with the rest.

“A customer may have a design of how the wheel rims should look like or the paint of the vehicle which will mean replacing the existing ones with the customers wishes, says Rajput.

Rajput, adds that people are embracing an artistic touch on the wheels and willing to try out new ideas that make driving and having a car a lifestyle but also meets its functionality.

“Clients are getting more sophisticated; they demand for unique features in a car that will stand out from any other car. It’s like matching your own identity with a machine,” explains Mr Rajput.

“For this reason, he adds,” I have had to travel to countries like London, Italy and other parts of Europe to source for the quality of products that meet our clientele requirements”.

A further increase by garages offering customization of cars has pushed new ideas with the latest technologies to bring out the art of driving cars.In turn, dealers in cars modeling source out for the expert with skills which who will keep stiff competition at bay.

Venturing into the car remodeling business requires heavy financial capital. Equipment and the space needed requires a lot of financial injection into the business for it to run smoothly.Land to start up to business has to be catered for and also highly experienced mechanics have to be hired to meet the professionalism that the business requires. Rajput however is quick to state that one can begin with what they have as the business grows through clients referrals.

While such remodeling is reserved for the highest profiles in the society, Kenyans are lining up their vehicles in the city garages for remodeling.Simple services like re-spraying a vehicle to a desired colour and altering of headlights is one of the simple ways to achieve a tailored look.A common practice of changing the car seats and steering wheels fabrics to according to your wish is also part of modification.

For people who prefer vintage cars, they are mostly modified to incorporate the functionality of the modern cars by adding extra details for the everyday use.

Classic cars appeal to the older generations above 30 years according to the criteria for customers who import cars abroad and are slightly expensive to maintain than the others.

He argues that when reaching a certain age, a person is bond to settle on a specific car that he can rely on but most importantly cater for all his activities.

Cheruto, an advocate with one of the most successful law firms in the country, adds that at that age, people do not seek to fit in a group of a category, but are brave enough to stand out from the crowd.

“When time passes by, you realize that the best car is that one which you can rely on any day, anywhere, this is when you get that car which defines you and sometimes it may stand out from the  thousands that throng the city of Nairobi every morning and evening,” says the lawyer.

Through the help of a car expert, he has discussed his ideas that have made it possible in expanding and reducing some of the features in his Land rovers.

Other individuals also have had their desired dream cars since they were little, and as years go by, cars continue to evolve this force them to buy similar cars which with are tailored to match their dream cars.

Rajput admits to having received such requests from clients who identified the make and the model of earlier years.

Customization of vehicles has involved remodeling of cars that were parked at the estates with others left in the garage recycled into functional cars.

They are then fitted with engines, gear box, sprayed and other refurbishments that will make it back on the roads.  An entire remodeling of a vehicle will take three to four months at Umar Auto Garage with prices varying with the taste of the customer.

Remodeling of vintage cars can go up to KSh3 million depending on the efforts and the purchases of equipment to be made.

Buying a car, as  Cheruto says, may not necessarily convene every detail like the exact seats or with the wheel rims that you visualized, personalization of such simple particulars, will make a happy motorist on the road, he adds.

Venturing into the car remodeling business requires heavy financial capital. Equipment and the space needed will requires a lot of financial injection into the business for it to run smoothly.

Land to start up to business has to be catered for and also highly experienced mechanics have to be hired to meet the professionalism that the business requires.

Rajput however is quick to state that one can begin with what they have as the business grows through clients referrals. Umar Garage has survived decades. It was founded by his father, Umar, and then was a worker at the CMC Motors. His passion in cars saw him start a garage in his Pangani home backyard.It was a squeezed area cluttered with car oils and equipment but with a mission to serve its clients to satisfaction.

Later, it has grown to stand at the Karen Suburbs with frequent customers queuing for their skilled expertise.

Another challenge has been to get the right equipment for specific car models; he has had to travel across continents to meet the specific demands of the clients.The Umar owner says that clients are becoming more informed with the latest developments in the car technology.

Most of these clients have already identified what interest them and are just looking for mechanics that would realise their vision. He says that has always to keep up to date with what’s current in the market, to introduce new ideas.

To stay ahead of competition,Rajput insists that service is most important.

A satisfied customer, he says, would recommend others to his garage. He also does his research ensuring he is up to date with the newest car technology.

He is sure that Umar Garage is here to stay as he prides of having a teenage son, who like him loves cars and is currently remodeling a car he will be driving to a race event.