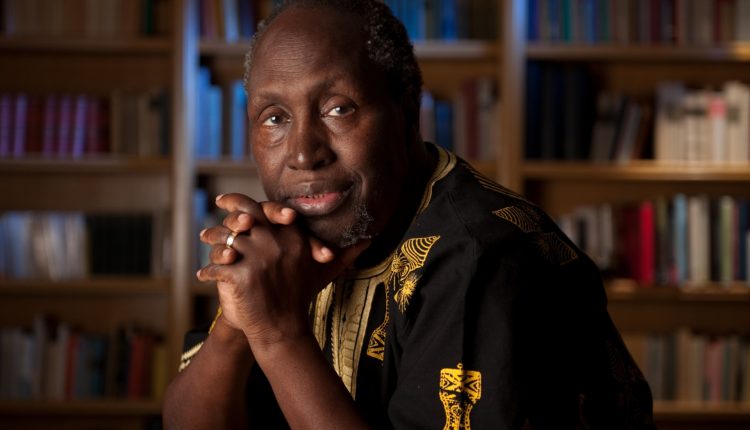 Ngugi, 84, was named the recipient of the 2022 PEN/Nabokov Award ahead of the award ceremony in New York on February 28th. The Petals of Blood author becomes the first African to b awarded the honor.

The award was founded in 2016 and is named in honor of Russian author Vladimir Nabokov; it is conferred annually to a living author whose body of work—either written in or translated into English—represents the highest level of achievement in fiction, nonfiction, poetry, and/or drama, and is of enduring originality and consummate craftsmanship.

In honoring him the award, the judging panel hailed Thiong’o as a transformative figure in African Literature.

“For nearly sixty years, he has been committed to telling the stories of a country and a people whose political destiny was brutally interrupted by outsiders. In novels like Weep Not Child, A Grain of Wheat, The River Between, and Wizard of the Crow he has portrayed with great honesty and sensitivity the lasting divisions that colonial rule sowed within families and cultures, the damage wrought by the dictatorships that followed independence, and the joys of finding freedom in all its forms—personal, political, and linguistic.” said the judging panel.

As an author he has produced dozens of novels, short stories, plays and memoirs that weave myth and folklore, wisdom and humor.