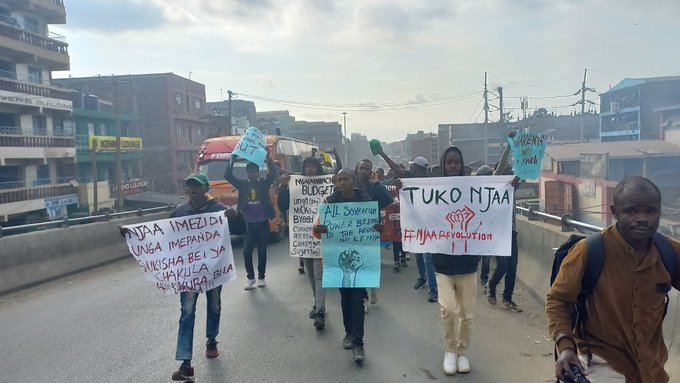 Chants of ‘Tuko Njaa’ to mean we are hungry and ‘No food no election’ rented the air as the people in solidarity marched raising their voices to the politicians over the alarming rate at which survival has become cumbersome.

The citizens decry hunger amidst high living costs despite the closeness to the elections of the August polls that have seen aspirants parade fuel guzzlers and choppers nationwide seeking to woo voters into voting for them.

The people’s demands according to the Communist Party of Kenya are;

President Kenyatta Honored By Burundi For Promoting Peace and Stability