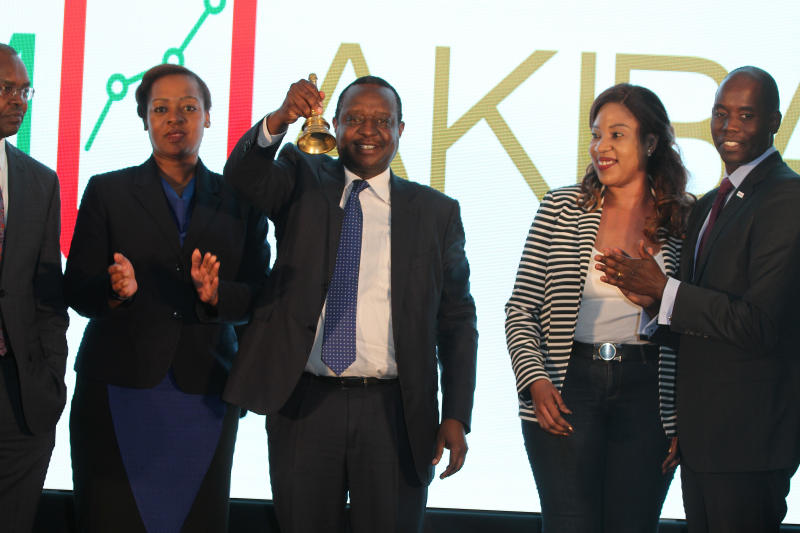 The Nairobi Securities Exchange (NSE) will next Monday issue a fourth installment of the famed Mwananchi bond, in what is its continued faith in the mobile traded government bond.

The new issue abides by the National Treasury’s goal of subsequent openings to M-Akiba having re-opened the sale of the bond at the end of February this year,  following a near-two year hiatus.

Like its predecessor, the bond will seek to raise a total of Ksh.250 million during its two-week primary trading window to mid-August before opening up to the secondary NSE market.

While previous offers have failed to live up to the billing, the NSE has eased concerns on the uptake of the mobile traded bond backing the instrument as the gateway to the safeguarding of the future for engaged Kenyans while shrugging off the suggested target disquiet.

“This remains the only available government security on a fixed-10 percent tax free return. When something is still new, we still have to greatly rely on the diffusion theory for uptake where Kenyans will from within themselves create the momentum,” NSE Head of Enterprise Innovation David Waggema told Citizen Digital.

The first M-Akiba issue in 2017 faltered as inadequate investor education heavily weighed down the performance of the world’s first mobile traded government bond to register a mere Ksh.247 million against a Ksh.1 billion target.

The NSE’s second and third bite at the cherry was similarly dismal seeing off an uptake of Ksh.197 million and Ksh. 187.5 million in mid-March and June respectively to paint a grim outlook for the mass-targeted capital markets initiative.

However, the number of new CDSC accounts has continued to register growth under the shadow of under-performance as new accounts in the last issue hit 30,232 to bring the total number of M-Akiba trading accounts to a record 505,000.

Further, M-Akiba has since launch paid out a total of Ksh.67 million in investor returns even as past issues come up for more investor pay-outs beginning in September 2019.

While uptake queries are expected to persist, the government remains unshaken by the shrug to instead focus on the democratization of the country’s capital markets to provide for the greater participation of citizens in the trade of fixed government securities.

“The government has recognized the vast, untapped potential of capital raising through the issuance of bonds, accessible to ordinary Kenyans for whom traditional investments and brokerage platforms are inconvenient or remote,” President Uhuru Kenyatta told stakeholders at the Afro-Asia Fintech Festival on Monday July 15, 2019.

“M-Akiba provides a saving mechanism for Kenyans who can save up to a dollar a day and invest in government securities at the end of the month.”

The new M-Akiba offering will be launched in Mombasa County to keep with the move towards the deepening and diversification of Kenya’s capital markets.