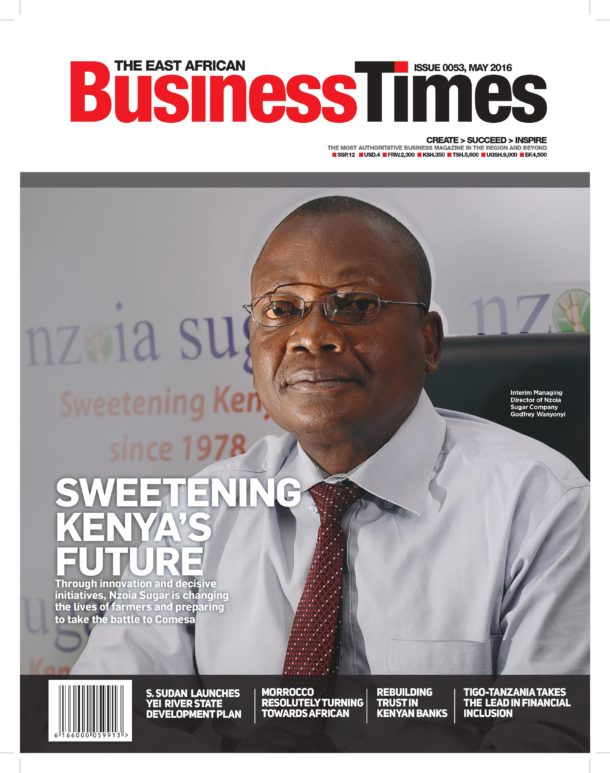 Through innovation and decisive initiatives, Nzoia Sugar is changing the lives of farmers and preparing to take the battle to Comesa

In 2002, tension gripped Kenya’s sugar industry after the Common Market for Eastern and Southern Africa (COMESA) Council of Ministers mooted an idea that would give market access at zero-rate tariff to goods, including sugar, from member states.

This meant that the five State-owned sugar millers in Kenya -Nzoia, South Nyanza (Sony), Chemelil, Muhoroni and the moribund Miwani – had to speed up reforms that would make the sector internationally competitive to pave the way for the importation of duty-free sugar from the 19 COMESA member states.

Unfortunately, most of the companies were at a sorry state, reeling from huge loans from farmers, banks and Kenya Sugar Board (KSB), milling at low capacity due to faulty machines and ailing from relatively high production costs.

Due to the stark reality that was staring the sector, Kenya applied for protection under Article 61 of the COMESA Treaty to safeguard the sector from 2003 till 2008, through levying duties on sugar imports from COMESA.

The final deadline for the takeover is now slated to expire in February 2017.

The COMESA Competition Authority has already warned that it would not grant Kenya another extension as this would frustrate competition within the bloc.

Strangely, interim Managing Director of Nzoia Sugar Company Godfrey Wanyonyi is unperturbed. He laughs off pessimist stakeholders in the industry.

“I have always wondered why most people view the COMESA takeover as some kind of monster to the local industry. When the time is ripe, it will come with its share of positive gains,” he says.

COMESA sugar, he says, will be regulated and subjected to fair market competition.

“The trading bloc will sell its sugar through a regulatory process. This will not hamper local producers as there will be free trade policies to guide stakeholders.”

Furthermore, he says the Kenyan sugar industry will benefit by trading its product to millions of people within the trading bloc.

“There’s opportunity to increase sugar production through expansion of factories and diversification to related products like ethanol,” he says.

Wanyonyi is among the few leaders who do not rush to tell tales of success despite their remarkable achievements.

Instead, he opts to introduce himself with a few words during the mid-morning interview, taking slight pauses to reflect on the leaps and bounds the miller- whose mandate is to develop cane, harvest, process and market sugar- has made over the years.

At inception in 1978, NSC’s milling capacity was at a low of 2,000 tonnes of cane per day (TCD). Management’s worry then was how it would turnaround the milling streams to competitive market levels.

To rival its competitors and improve production, management invested heavily in new machines and adopted programmes that were geared at reviving the company in phases.

“The milling capacity has since expanded enormously, from 2,000 at inception to 3,000 tonnes per day. This has also translated into an annual production capacity of 78,000 metric tonnes of brown sugar,” Wanyonyi says.

According to industry reports, Kenya is a net importer of sugar, with an annual deficit of between 250,000tones to 300,000 tonnes. And,the country produces about 600,000 tonnes annually, lower than market demand of 800,000 tonnes.

The gradual improvement in milling capacity, Wanyonyi explains, has been motivated by improving infrastructure, maintaining supplier-company relations and dedicated staff.

To speed up transport of fresh cane for milling sugar, the company, whose annual revenue is Sh5billion ($49.2million), has been rehabilitating an average 200kilometre of the road network in the sugar planting zones every year.

The miller also procured a cane haulage fleet to stabilise operations and built bridges to shorten cane haulage distances to the factory.

“Here, business is transacted with the farmer, cane is weighed, bought and the data is routed to the company’s integrated information system,” says the MD, adding that the firm has also piloted an irrigation project in the nucleus estates to improve yields during dry seasons.

Additionally, aiming at clearing farmers’ debts and erasing major loans in its books, the company has paid about Sh6billion ($59.04million) to farmers between 2012 and early 2016.

“Quality of sugar and performance of juice heaters has notably improved. The alternator has also reduced power consumption from Kenya Power by 30 percent, saving the miller Sh8million ($78,720) to Sh2million ($19,680).

Also, the packaging machine’s efficiency is set to increase branded sugar capacity from 20 and 25 per cent to 25 and 40 per cent.

Since the interim MD was promoted from his finance management position in June last year, he has rewarded innovation, advocated for team work and re-energised his desire to achieve prominent goals.

Probably, it is for this reason that the company has been honoured with, among several local awards, a global award for innovation from the Institute of Chemical Engineers (IChemE).

NSC was the only company in Africa, and in Kenya, to be bestowed the prestigious award in 2015.

In the innovation, dubbed, “gravitational milk of lime dosing system”, a group of engineers from the company re-engineered the system used in the early stages of sugar processing to reduce lime usage, energy and maintenance costs.

The innovation, which boosts liming,introduced a switch that changed the method from the former pumped system to gravitational.

“The innovation subsequently led to at least 20 percent drop in lime usage and an equal drop in energy and maintenance costs, saving the company Sh2.5million ($24,600),” says the company in a statement.

Furthermore, in 2015, the company became the second sugar miller in Kenya to be accorded Super Brand 2015 status for its quality product, entitling it to use the Superbrands Award seal on its packaging.

“We uphold motivation as we understand the role it plays in driving performance among staff. Apart from cash rewards, we will sponsor the IChemE award winners for a week’s tour of the Maasai Mara with their families,” chuckles the Certified Public Accountant.

High cost of production and illegal importation of unregulated sugar remain key challenges to NSC and the sugar industry.

Kenya Sugar Board data estimates local production costs at $870 per tonne, one of the most expensive in the region

Wanyonyi says counterfeit, smuggled and rebranded cheaper sugar are the major problems but that with proper law enforcement and surveillance, the government will save the industry from cartels.

He also says the company sources cheap fertiliser from government agencies, acquires efficient machinery, and, optimises and mechanises labour to reduce the cost of production.

Meanwhile, Nzoia Sugar has started testing grading equipment procured by the government to effect the change in payment for farmers from the current tonnage system to sucrose content.

“With inspired teamwork, we aim at expanding our milling capacity from 3,000 to 7,000 tonnes per day,” projects Wanyonyi.