As the Year Folds let’s have an outlook of the Foreign Direct Investments, Merger& acquisition, Farm in – Farm-out deals in East Africa’s Oil & Gas over the last decade and look ahead to planned infrastructure.

In 2016 Royal Dutch shell acquired BG group for US $ 52 billion. The Merger and Acquisition deal that was touted as one of the largest energy deals in more than a decade.  The following year Total of France acquired the Equity of Danish E& P Company Maersk Oil for US $ 7.4 billion in a Share and Debt transaction.

In April this year Chevron Corporation a US Oil & Gas Major five times the Size of Occidental Petroleum Corporation in assets announced a US $ 33 billion deal to buy Anadarko Petroleum Corporation, until Occidental made a stunning counter offer of US $ 57 billion, in what turned out to be the biggest bidding war in Energy in years.  In late May it was announced that Anadarko and Occidental have reached a takeover deal of Anadarko for US $ 38 billion.  Following the deal, Occidental paid US $ 1 billion breakup fee to Chevron.

Occidental remarkably pulled off the deal after putting together a US $ 10 billion Finance package from Warren Buffet’s Berkshire Hathaway and successfully Negotiating the sale of Anadarko African Assets to Total of France for US $ 8.8 billion.  In Africa, Anadarko has Oil & Gas Assets in Algeria, Ghana, and Mozambique and South Africa.

What do all these Merger and Acquisition deals have in common? The takeover targets all have prime assets in East Africa’s frontier Oil & Gas industry.

The acquisition of Anadarko by Occidental and the subsequent Sale of Anadarko’s African Assets to Total of France that is part of the occidental – Anadarko takeover deal gives Total ownership Anadarko’s Prime Natural gas assets in Windjammer – Area 1 Rovuma basin Mozambique.  Area – 4 offshore Rovuma is being operated Italian Company Eni and American Oil & Gas Company Exxon Mobil. Exxon Farmed-in 50 % of ENI’s share of the Block 4 Rovuma for US $ 2.8 billion in 2017. The other Joint venture Partner of Area – 4 Rovuma deep offshore is China’s CNOOC.

Anadarko Petroleum is a Houston based Oil & Gas Company. Before the occidental acquisition of its assets, Anadarko had Oil & Gas assets various parts of the world including North America, South America, Gulf of Mexico and Africa.  In 2006 Anadarko Signed Production sharing agreement with the government of Mozambique for 11 oil & gas concessions. In February of 2010 the company announced the first commercial gas discovery in Area 1, whilst Italian company ENI announced the commercial discovery in Mamba south Offshore – Area 4. The two companies Anadarko and ENI have since had unprecedented Natural gas discoveries in Mozambique.

The country currently has an estimated 150 trillion cubic feet in Natural gas reserves. Under the Production sharing agreement (PSC) Anadarko is contracted to export two five million –tones – per annum LNG liquefaction trains that will be expected to be followed by a stepped approach with two following trains every two years once the Production begins to a possible ten trains.

Anadarko’s Final Investment Decision for Mozambique’s Rovuma Area -1 offshore was reached in June 2019.   While the Field development plan for Area 4 that will be spearheaded by ENI – Exxon Mobil was approved by the government of Mozambique in May of 2019.  Anadarko’s Area 1 Deep offshore Rovuma Mozambique assets will now be taken over by Total following the Buyout of its Africa Assets by the company as part of the Occidental Anadarko take over.

To put into perspective the scope of Oil& Gas deals on the African Continent, between 2011 and 2012, for example, a deal of average $ 100 million dollars was struck every four days in Oil & gas in Africa. In terms of discoveries, in 2015 and 2016, 8 and 9 respectively, out of top 20 global Oil & gas discoveries were made in Africa.  Mostly in Natural gas from Countries including Tanzania, Egypt, Congo, Mozambique, Angola and Mauritania.

In addition to the global merger and acquisitions that have touched directly on East Africa’s Oil & Gas Assets. In the last few years, the region’s Oil & gas industry has had billions of dollars’ worth of Farm in – Farm – out transactions for Oil& Gas Blocks, outright sale(s) for oil & gas assets and Foreign Direct Investments. FARM IN FARM OUT OIL & GAS DEALS.

This trend has made Energy stay among the leading sectors for in Merger and acquisition Foreign Direct Investments in the region.

In 2010 BG acquired 60 % of Ophir’s Gas Assets in Blocks 1, 3 and 4 for US $ 1.3 billion. On the same year in Uganda British Firm Tullow Oil sold stakes of Oil Blocks Albertine Gabrean offshore in by to total and China’s CNOOC for US $ 3 billion dollars. Two years later in Mozambique PTTP outbid Royal Dutch shell for Anadarko’s farm–out of Area 1 in the Rovuma basin for – a 10 % onshore and 8.5 % offshore Block(s). The Farm out deal amount was US $ 1.7 billion dollars.

In Kenya, Farm-in-out deals include; the sale of a 25 % of 3 Africa Oil Corp’s blocks to E&P Company Maersk Oil for $ 427 million in 2016.  Maersk Oil was then acquired by Total of France the following year. The other Farm in-deal is the sale of 60 % equity of Canada’s Simba Energy’s Block 2A in Mandera to Dubai based Essel Group for US $ 100 million. Tullow Oil farmed – down its 65 % state of Block 12A – Baringo Delonex energy in 2017 and lastly the sale of Afren’s Kenyan Oil Blocks assets to Canadian Octant Energy in 2018.

In Uganda, a Farm- down of Tullow’s 21.57 % of its 33 % stake in Albertine Block for $ 900 million to Joint Venture Partners Total and CNOOC for Oil Blocks had been expected to finalize since the beginning of the year. The Farm down agreement was however terminated in August because Uganda Revenue Authority and the Joint Venture Partners could not agree on the availability of tax relief for the consideration to be paid by Total and CNOOC as buyers. Tullow has since announced it will initiate a new sale process to reduce its stake at the Albertine Block.

Overall in the last decade, Africa’s Oil & Gas Industry has continued to see a rise in Investments which has subsequently driven Farm-in and Farm- out activities on the Continent. Farm -in –out are transactions that allow two companies to have joint ownership of an Oil & Gas Concession or acreage for the purpose of drilling and exploration. These transactions are useful tools in facilitating Risk sharing and raising finance to fund exploration.

To put into perspective the scope of Oil& Gas deals on the African Continent, between 2011 and 2012, for example, a deal of average US $ 100 million dollars was struck every four days in Oil & gas in Africa. In terms of discoveries, in 2015 and 2016, 8 and 9 respectively, out of the top 20 global oil & gas discoveries were made in Africa.  Mostly in Natural gas from Countries including Tanzania, Egypt, Congo, Mozambique, Angola and Mauritania.

In 2014 Oil & Gas raised FDI inflows in Kenya to almost double. From between US $ 259 million the previous year to US $ 514 million. By 2016 British Company Tullow Oil had invested the estimated US $ 4.0 billion dollars in Oil exploration in Kenya and Uganda.

In terms of investments in the East African as the region as a whole, data from Oslo Firm Rystand Energy shows that between 2012 and 2015 Capital spends in East Africa’s Oil & Gas totalled US $14.4 billion.

Looking forward into the future, Uganda expects an Investment of US $15 billion dollars from Joint Venture partners Tullow Oil, Total and CNOOC for commercial development of the crude oil discovered in Albertine Gabrean over the next three years as the country eyes its First Oil by 2022.

Although East Africa’s Oil & Gas industry is the youngest on the Continent, in terms of wells drilled for example only 500 wells drilled by 2015 compared to 20,000 in North Africa and 5,000 in West Africa.  The region has emerged as one of the most popular for Oil& Gas Investments in recent years.

This is attributed to a combination of varying factors. East Africa enjoys a relatively stable political environment. East Africa is also one of the fastest economically growing regions in Sub Saharan Africa and ranks top for Private equity return on the Continent.

Geologically East Africa has very good Quality Hydrocarbon basins.  This is attributed to the magnificent geological makeup that the region is endowed.

These include the rift sedimentary basin in Kenya’s Tertiary rift basin in Lokichar.  The other rift sedimentary basins in the regions are Albertine Gabrean in Uganda, Jonglei basin in South Sudan and Sudan’s Muglad Basin.  From an economic perspective, the good nature of the hydrocarbon deposits makes it costs less drill and extract, compared to other regions let’s say for example the Arctic.  Notably, Uganda particularly had recorded an outstanding drilling success rate of a remarkable 85 % and it also cost less than $1 dollar to extract a barrel of oil.

Kenya, for example, produces Low Sulphur oil also “known as Sweet crude” this kind is known to be of high quality and fetches more in the international market as it cost less to Process.

Apart from those aspect Geological aspects, there is the Geographical element.  The Location of East African on the map puts it’s on a Strategic location to export to the lucrative Asia Pacific market. Asia Pacific countries are projected to invest as much as $ 11.7 trillion over the next twenty-five years by Asian Development Bank in order to meet the region enormous energy demand. East Africa Oil & gas is poised to take a sizable share of that market.

For East Africa to realize the full economic potential of the discovered Oil & Gas resource, infrastructure to facilitate full-scale commercialization has to be developed.

These projects are already planned and implementation some is already underway Companies. Budget for the projects is in excess of US $ 70 billion. This will undoubtedly have a significant impact on Economic impact on the region’s economy.

In a matter of just a decade, the East African oil & gas block has remarkably progressed from exploration and resource development and now moving forward into commercial production. 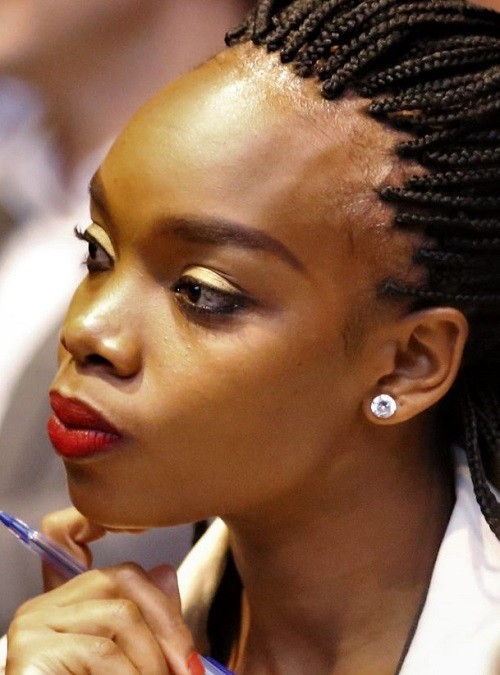 Tina Nduta is the Founder of; EXTRACTIVES & ENERGY NETWORK AFRICA.

Inspecting impact: the anatomy of investing for sustainable developmentin Africa