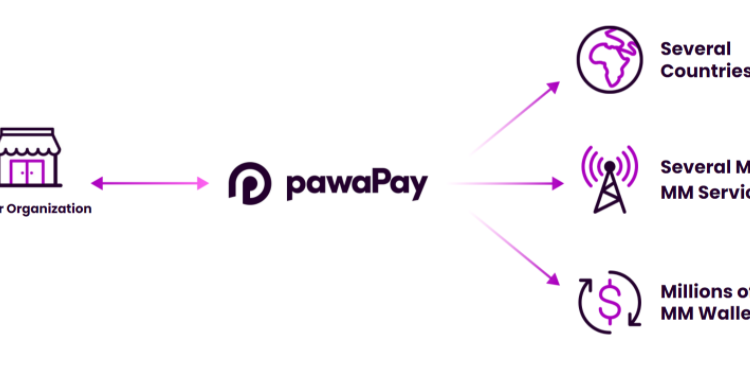 African payments company pawaPay, has secured a $9m Seed raise. The round was led by UK-based investment fund 88mph, with participation from Vunani Capital,  Kepple Ventures, MSA and Zagadat Capital. The capital will be deployed to scale pawaPay’s operational presence, find more talent to join the team, and expand into new markets on the continent.

For merchants, this fragmentation means that it is unnecessarily expensive to use and frustratingly unstable. Through pawaPay’s simple API, merchants can access more than 300 million customers in more than ten markets and enjoy seamless, transparent and highly reliable payments.

pawaPay has positioned itself as an industry leader in high volume mobile money payments and focuses on delivering reliability and transparency for merchants wishing to connect to the customers on the continent. With a single API, pawaPay’s customers can access all telco mobile money systems and thus receive and send payments to hundreds of millions of people.

pawaPay handles local operations, compliance, regulatory cover and bank accounts, making it as simple as clicking a button to start receiving payments in a new market. pawaPay is already successfully handling millions of transactions on its rails per week and has operations in 10 countries.

According to Nikolai Barnwell, CEO of pawaPay, Africa’s alternative financial infrastructure is in an exciting phase with double digits CAGR everywhere. And mobile money has come out as the de facto money infrastructure for hundreds of millions of people on the continent.

“A quarter of the adult population is an active mobile money user. A third of all wallet holders have their salaries paid into them. We’re making a bet that this infrastructure will continue to grow and offer a superior experience than traditional financial infrastructures such as card and banking. With more than 500 million registered users on the continent – 200 million of which are active frequent users, this isn’t a fringe fad or a stepping stone to cards and swift payments. This is an example for the rest of the world of how payments could –  and should look. Most of our competitors are largely focused on bank and card payments, but over the past many years we have been laser-focused on addressing the unique set of challenges that accompanies specializing in mobile money. I think this gives us a good position to explore the opportunities that are coming up as this alternative financial infrastructure continues to grow,”.

“We are excited to have world-class investors supporting our vision to connect every mobile money wallet in Africa to each other, and the rest of the world, as we continue to make it simpler to do payments”.

Kresten Buch, Founder of 88mph, added “When we first invested in Africa in 2010, one of the key drivers was that mobile money was a superior payment method to credit and debit cards when used for online payment. So, we are excited to be an investor in pawaPay’s journey and continue to witness the development of digital infrastructure in Africa”.

Mr. Eazi, singer, songwriter, entrepreneur and Founder of Zagadat Capital, added “Being investors hugely focused on Africa and very familiar with the landscape, we believe that mobile money-focused fintech is not just one of the most exciting places to invest but also one of the most important bridges to ensuring financial inclusion of the billions of people across the continent, the kicker for us was that we believe in the clear mission, vision and strategy & we are confident that the pawaPay team is the best team to achieve it”.

74% of SMEs in construction, manufacturing are optimistic about the next 12 months