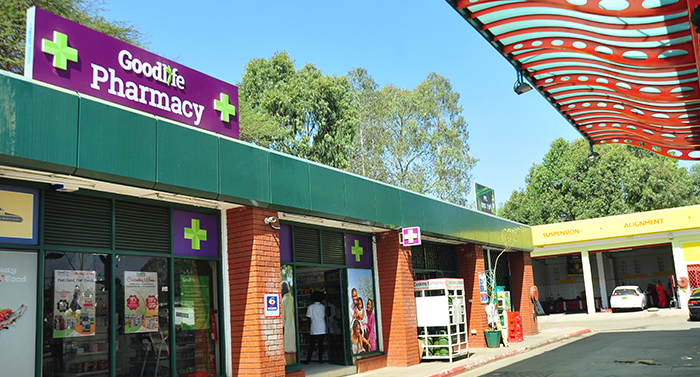 The US$1.9 billion East African pharmaceutical market is being upended by multinational companies attuned to the needs and desires of the region’s empowered consumers.  For long, the region’s pharmaceutical retail sector has been fragmented, often resulting in poor quality products and high prices for consumers.  But this is changing.

The new trend, according to market analysts, has seen an increase in attractiveness in the region’s pharmaceutical market to drug makers. In addition, the presence of multinational chains will be positive for consumers, with prices tailored to meet the needs of the low income population. And drug makers are set to benefit from easier market access, compared with the current fragmented system.

A recent example is the entrance of Africa Chemist and Beauty Care (ACBC) with its Goodlife Pharmacy Brand into the Kenyan market. The International Finance Corporation loaned Goodlife Pharmacy Limited US$4.5 million to open 80 pharmacies in Kenya and East Africa.

Jointly with private equity firm Catalyst Principal Partners, ACBC also bought a stake in Mimosa Pharmacy and also acquired the Dove and Eldochem Pharmacy brands retail drugs store chain in its first local investment and proceeded to brand them Goodlife Pharmacy. The acquisition of the three stores saw ACBC create what is currently the largest streamlined pharmaceutical chain in East Africa with 17 stores in just 15 months.

According to Mr Peter Barker, the Chief Operating Officer, Goodlife Pharmacy aims to bring pharmaceutical best practices to East Africa, providing a range of products that address the needs of different consumers and revolutionise the way of doing business in East Africa.

Kenya’s private healthcare sector has evolved over the last 14 years owing to increased public awareness of the need for investment in personal health. This has led to increased consumer spending in medical care, beauty and cosmetic products.

Barker says when he first arrived in East Africa, he was taken aback by the low quality of service in the pharmaceutical market. “The quality of drugs as well as the services most pharmaceutical stores offered was below par.”

Research by the company indicated the country’s phar­maceutical industry was the most advanced in terms of private sector participation and retail network. ACBC estimates the pharmacy industry in Kenya is worth about US$440 million (Sh39.4 billion) with an average annual growth rate of 22 per cent. The private sector accounts for half of the growth.

A lot of Kenyans, Barker says, have traveled and lived overseas, exposing them to high standards of pharmacy health­care. “There was tremendous pent-up demand for better value at pharmacies as consumers seek high levels of customer service, trained and trustworthy pharmacy staff and international products.”

Just like in the developed world, Barker says Goodlife stores are now offering well-equipped private consultation rooms, improving access and penetration of medical services.  He adds that clients will be able to seek and get advice from qualified professionals before and after buying drugs.

In addition to blood pressure monitoring, blood glucose testing, malaria testing and treatment, Goodlife is partnering with prominent international drug companies to improve the health of the nation. “Currently, customers can access close to 11,000 products on our shelves.”  Previously, Barker says, consumers were limited in terms of product choices when they visited pharmacies. They could not get some brands they wanted. When they did, most of the time they ended up paying much more than the recommended prices.

However, Goodlife Pharmacy has been able to sign exclusive deals with international drug manufacturing companies to supply drugs. “We have partnered with over 16 international and local beauty and health companies to provide world class products and consultancy services to our clients.”

In addition the store also employs the three-tier pricing –the good, better and best. “Buyers appreciate choice. It shows that we respect them by responding to a variety of their requirements and price ranges.”

Choice, Barker says, gives buyers a basis for comparison because it shows how the price changes when different features are added or subtracted. As a result, buyers can be comfortable they made a good buying decision because they bought only as much as they needed.

Barker says the company plans to invest US$18.2 million in the next five years, targeting 80 pharmacies through a mixture of acquisitions and ‘greenfield’ ventures in East Africa. By the end of 2016, the chain aims to have over 40 stores in the region.

These stores, he explains, will serve an estimated 2 million people annually and will be tailored to meet the needs of customers of varying income levels. He added that the stores will be opened at convenient places such as retail centres, petrol stations and near clinics.

The company, according to Barker, is first targeting the urban population since this is where most of the opportunities lie. However, he says, there is also significant demand among the rural population.

For pharmaceutical companies seeking to capture Africa’s growth potential, Barker advises that they their first task, put simply, is to work out where to play: which markets offer the greatest opportunities, as well as good prospects for access.

For ACBC and Goodlife, a mapping process was undertaken which clearly indicated areas the chain should be in as well as the time frame.

Barker, a pharmacist, says companies should also ensure that they have a high capacity to hire and develop strong managers to lead local sales teams. Talent is still scarce in Africa, with just seven per cent of the population educated to degree level — a share that is growing slowly to a predicted eight per cent by 2020.