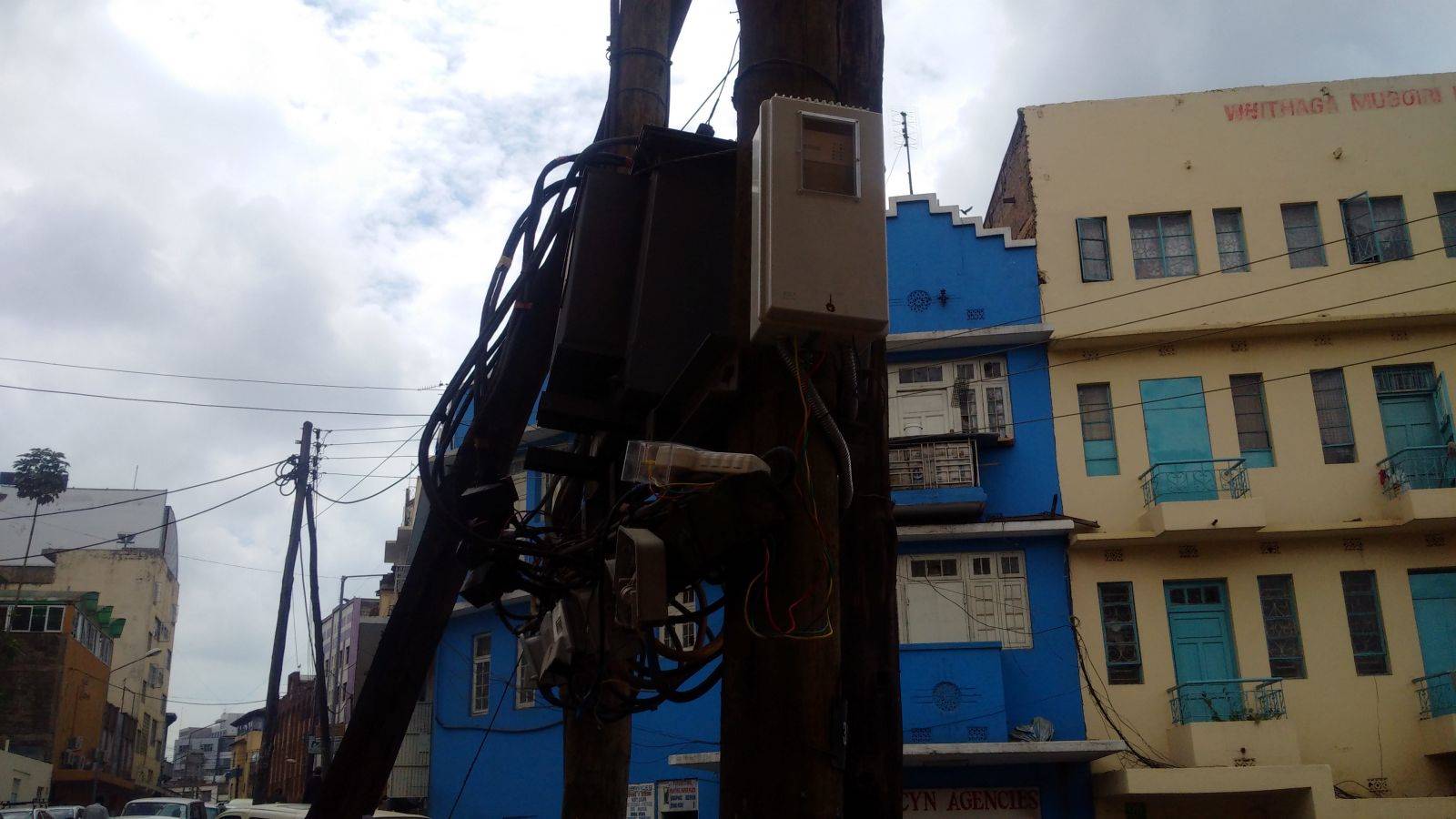 Have you been dodging paying your monthly power bills on the premise that you will never get caught? Too bad for you!

Kenya Power’s smart meter technology, launched early last year, is the solution to energy theft, fraud and leakages which cost the company an estimated Ksh17 billion (US$170.4 million) annually, more than twice its net profit of Sh7.43 billion as per the 2015 financial year report.

The smart meter, a digital system that supports two-way-communication between the power supplier and consumer, is not only expected to help the national power firm recover unpaid debts, reduce energy loss and boost revenue collection, but also improve service to customers.

Wanyonyi says the smart meters, also referred to as credit or pre-paid meters, remotely read, connect or disconnect power in the event of non-payment.

“The system will ensure that meters are read automatically and remotely without the need for sending readers to the site,” says Wanyonyi.

The technology is one of the mega projects introduced under the KSh26.2 billion(US$262 million) Kenya Electricity Modernisation Programme (Kemp) mooted by the government in July 2015 and mostly funded by the World Bank.

The programme will support installation of automatic metering infrastructure for KP’s large and medium businesses and the introduction of the company’s ‘Live Line Maintenance’ programme to minimise power interruptions during maintenance.

“Through Kemp, we should be able to finalise implementation of smart metering for approximately 6,000 large scale customers and over 40,000 medium scale businesses across the country,” says Kenya Power Chief Executive and Managing Director Ben Chumo.

The KP boss says there have been problems of untimely readings and inaccessibility – as some meters are located in locked residential premises — and most critically, lack of manpower to cater for the growing number of customers.

“We will use the smart meter to send alerts and notifications to customers in the event of a planned shutdown in a given area or in case the meter has been tampered with,” says Dr Chumo.

The smart meter comes with an interactive display that can access previous consumption data records for use as evidence in case of over-billing.

Additionally, customers will be able to monitor and track their power usage and energy consumption in real time.

Enhancement of the automation programme is expected to cost about KSh2 billion (US$20 million) while upgrading electricity management system, known as the Supervisory Control and Data Acquisition (SCADA), will cost an estimated KSh1 billion (US$10 million).

Modern and reliable electricity, Gay says, will reduce the duration of outages and cut dependence of the business sector on generators, thus enabling them to operate more consistently. This will reduce the cost of doing business and enhance Kenya’s regional and global competitiveness.

Other KP initiatives supported by the World Bank include the completed Energy Sector Recovery Project and the Kenya Electricity Expansion Project, which is expected to be completed this year.

According to the latest report, KP collects about Ksh392 million (US$3.86 million) annually from approximately 3,272 customers countrywide. Nairobi alone contributes Ksh372 million (US$3.66 million) of this amount.

Revenue is projected to go up with the completion of the ongoing KSh10 billion Nairobi street-lighting project.

“We expect to collect monthly revenue of about KSh200 million (US$2 million) from the Nairobi street-lighting project by the end of the current financial year,” says Dr Chumo.

Additionally, in its efforts to make Nairobi a 24-hour economy, KP is installing lights along 491 city streets.

Currently, there are 7,300 public lighting masts, covering 30 per cent of the city, and 24,000 street lights, according to the NSE-listed national power distributor.

About 40 per cent of the infrastructure has been marked for refurbishment in the city street-lighting project, of which 382.2 million (US$ 3.8 million) has already been released by the Treasury.