President Ruto Calls on Leaders to Work for Kenyans 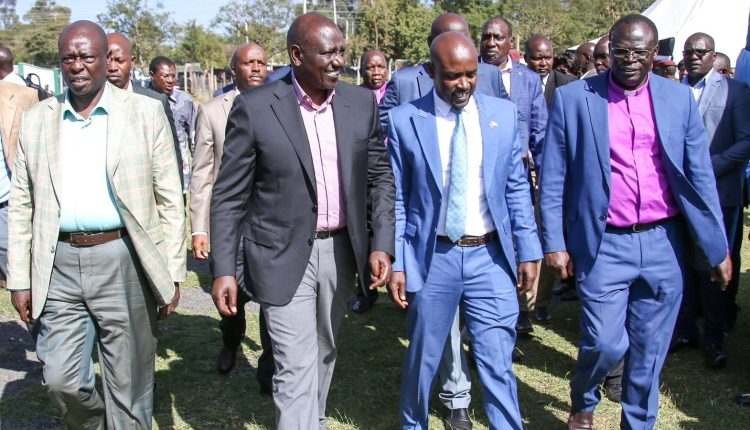 President William Ruto has asked leaders to be vigilant and serve the people of Kenya since they had already played their part in the voting process hence it’s upon them to deliver what is needed for citizens.

He said Kenyans had delivered on their part of the bargain and it is now the leaders’ opportunity to discharge their part of the election contract that involves improving the life situations of the citizens who elected them.

“We must transform the lives of the people; it is our primary responsibility,” said President William Ruto.

The President explained that it is possible to move Kenya forward if leaders are united and committed to their work.

“We want to eliminate the shame of hunger in our country”

He was speaking on Sunday at the Bomet Green Stadium in Bomet County during an interdenominational prayer service.

“We will ensure this country steps into the strides that move us forward.”

He said the ongoing collection of data from farmers will inform the Government on the right moves to make to produce more food.

“We want to eliminate the shame of hunger in our country,” said the President.

Mr. Gachagua said the Government will eliminate cartels that were fleecing farmers, which he believes contributed largely to the less food availability and thus hunger amongst the numerous citizens in Kenya.