Pwani Oil Shuts down over Dollar Shortages to Run Plant 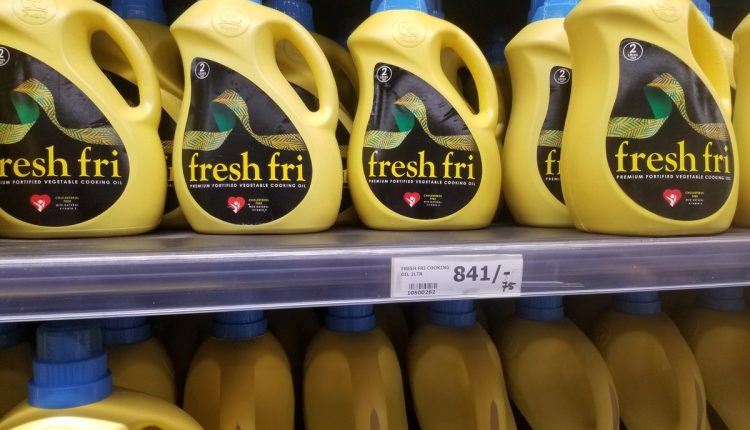 The popularly known fresh fri cookig fat oil a product of the company now leaves a question whther there will be an inflation experienced.

Pwani Oil Products Limited has shut down its plant for the time being blaming it on a lack of raw materials due to insufficient dollars to settle bills of suppliers in time.

In addition, some countries like Indonesia have suspended exports of crucial commodities like palm oil, this has had a critical effect on the oil business as the suppliers are working on a tight priorities list in dealing with shortages.

Issues faced by Pwani Oil are intensified by the presence of tough competition for crude palm oil as Indonesia cut down on exports seeking to meet domestic demand.

Manufacturers here in Kenya have not been spared the aftershocks of this unprecedented disruption, coming in the wake of the prolonged Covid-19 crisis.

The household cooking oils-Freshfri, Salit, and Fry Mate manufacturer say the commercial banks are only processing half of the dollar orders it needs to pay suppliers of crude palm oil imports from Malaysia.

Locally, the situation has been compounded by challenges faced by manufacturers in accessing US dollars used in paying for imports of crucial raw materials.

Given the prevailing challenges, Pwani has temporarily halted operations at its refinery in Kilifi as they work toward resolving the problem.

Reasons for the Dollar Shortage Issue

According to Palm Oil Commercial Director Rajul Malde, the company can only glean between half a million up to $1m per day whereas its needs can be catered for with at least $2-$2.5 million.

Its needs range from keeping the plant operational to clearing the shipments at the Mombasa Port.

Indonesia is the leading producer of crude palm oil and makes for 60% of global edible vegetable oil shipments. The country is also a producer of sunflower, rapeseed oil, and soya beans though chose to cut down on its crucial products hence Pwani Oil sources its crude palm oil from Malaysia.

Rajul urges the Central Bank to intervene in the dollar’s current situation and stabilize the greenback demand that will otherwise keep getting challenging.

Pwani Oil expects one consignment of palm oil in the middle of June which after then will leave no supply until the end of July.

The Mombasa-based manufacturer of cooking oils, fats, laundry, and toilet soaps depends on the dollar availability to determine whether the firm will be able to obtain a release of the cargo after payment at the port.