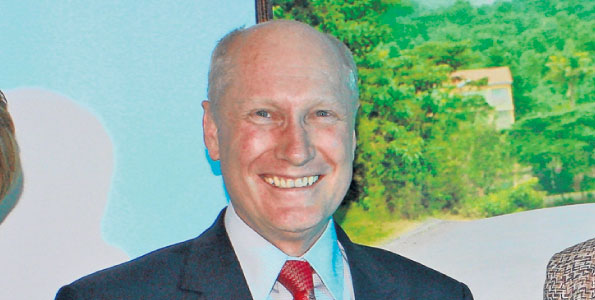 Cereal Millers Association (CMA) has said that their members are operating at less capacity utilisation due to supply constraints of maize in the country.

“Many of our members operate at 50-60% capacity utilisation throughout the year. The tightness in maize supply has resulted in utilisation of less of our capacity,” said CMA Chairman, Nick Hutchinson.

The millers said they anticipate that the continuing maize shortage is likely to remain for the short term, with price increases remaining stable unless there is a disruption in supply from Tanzania.

“Members of the Association are currently rejecting up to 50% of deliveries of the maize on some days. Much of the maize is wet, diseased, rotten, and has high levels of aflatoxins, this includes maize that is sourced from Uganda and Tanzania. Our members have observed that the problem is getting worse every year. The average rejection due to aflatoxin levels over the past 6 months has been 30%,” said Hutchinson.

He, further said, whereas millers were buying maize grain delivered to factories at an average price of Ksh2,300 per 90 kilogram bag in the last two years. ‘Today on average millers are buying a 90kg bag of maize delivered at the factory, at between Ksh 2,650 and Ksh 2,700 while ex-factory prices for a 2kg bag of maize meal are between Ksh 89 and Ksh 99,” he said.

CMA said the poor quality maize in the market is further exacerbated by reducing yields from farms, which is making flour processing expensive and this is affecting prices for consumers.

Unpredictable supply of fertilizer and high soil acidity in maize growing areas are other factors that are resulting in poor yields. For years, Kenya has depended on maize imports from Uganda and Tanzania, brought in by traders.

Local production is reducing in the face of continued consumer demand. “As a country, we have been importing maize due to the annual deficit of between 10 to 14 million bags,” said Mr. Nick Hutchinson.

The CMA however expects that consumers will benefit from good yields in wheat farming.

“We anticipate that due to good harvests and the drop in fuel prices, local wheat farmers will be able to match import parity prices of between Ksh, 2,650 and Ksh.2, 750 per 90 kilogram bag,” he said.

The CMA also urged county agriculture officials to work with farmers, especially small scale ones, to adopt better farming practices which would result in increased productivity and lower costs, all of which will improve prices for consumers.