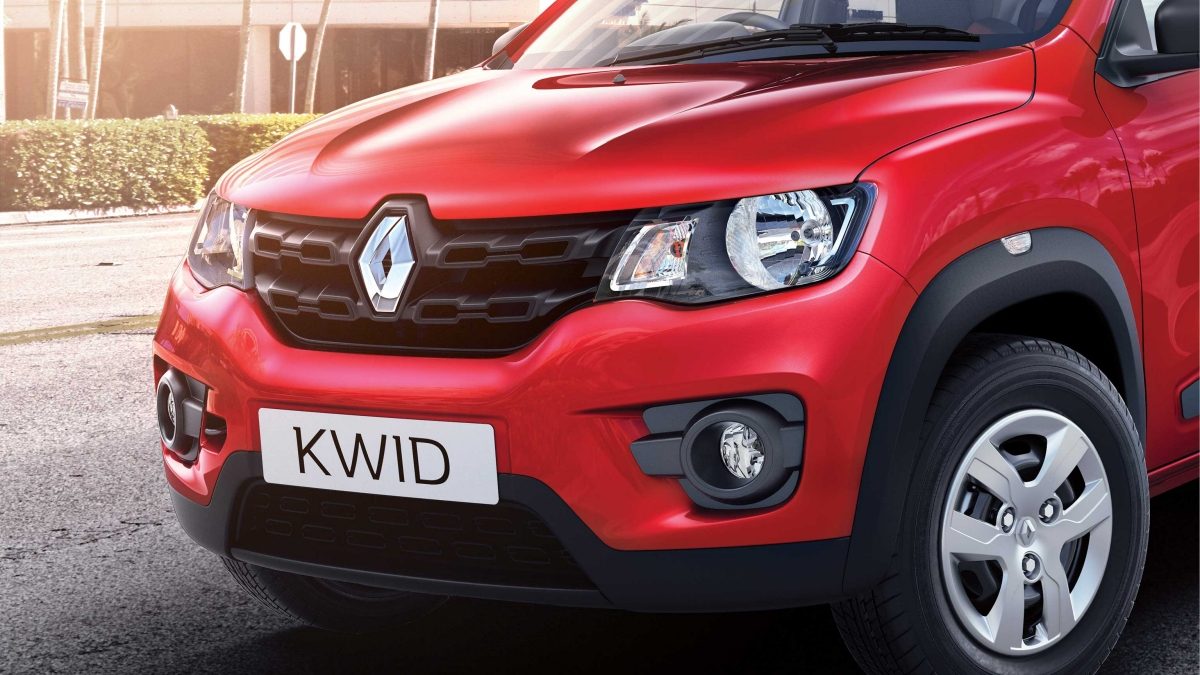 Simba corp. has joined other car manufacturers in the country to launch a Light commercial Vehicle (LVC), the Renault KWID, a highly competitive small car that comes at an affordable price.

The firm which holds Renaults distributorship franchises seeks to take on the local motor vehicle market that has been dominated by the second hand segment as the model targets business users and private motorists.

Since its entry into the Kenyan market, Renault has so far invested over 1.7 M USD in the motor business offering unrivaled models at affordable prices in the market with over 116 units have been sold since 2014.

The French company currently holds 6 per cent of the van market in Kenya and is looking to grow to 20 per cent in the coming year.

Launched in India last year, the new model, Renault KWID became the fifth best-selling car in that country and Simba corp. is betting their cash on this new model in a bid to grow sales and obtain a big market share of the saloon car segment.

The Renault KWID will cost a user a mere USD 10,000 as it seeks to stem out vehicles currently dominated by second-hand imports whose prices can be as low as USD. 7,000.

The KWID boasts of several novel features and is very popular for its unique crossover inspired design and modern interior styling.

This vehicle tries to blend the Sports Utility feature (SUV) into a cross over utility vehicle (CUV) to make it look more of a passenger vehicle.

It is powered by 800cc petrol engine offering 57 bhp peak Power laced to a 5-speed manual gearbox, mileage is claimed to stand at 25.17 kmpl.

KWID has a refined engine which leads to quick engine response and slick transmission makes it a compact package resulting to great performance.

A five speed manual transmission gear box is coupled to this motor, which releases the output to its front wheels.

It is also incorporated with a multi-point fuel injection system which guarantees enhanced fuel economy.

The KWID lightweight construction and increase in output translate to great performance and outstanding efficiency as well.

The hatchback’s headlights are trimmed along Renault’s Logo with round edges giving the front face a mean look.

The general vehicle is edged in rectangular shapes, with the front, middle, and rear sections of the car chunked into boxy segments.

Its SUV-inspired stance off­ers a high driving position and greater visibility, making it ideal for dashing around in urban traffic or roaring down the open highway.

The Renault KWID is powered by a compact engine with advanced technology for accurate air to fuel ratio monitoring coupled with a knock sensor that automatically adjusts spark advance to fuel quality, to help deliver optimized performance.

The suspension system of the Renault KWID is calibrated for optimum ride handling and braking, providing for a comfortable, safe drive.

The MediaNAV system comes with a range of functions such as navigation with turn by turn voice guidance, Bluetooth audio streaming and hands-free telephony, USB & AUX–input ports and speed sensing volume control.

The Renault KWID is installed with an easy-to-read digital instrument cluster, with on-board trip computer which provides valuable information such as average fuel consumption, distance to empty, average speed and more, while the gear shift indicator helps you achieve optimum fuel efficiency, the hatchback also comes with the convenience of remote keyless entry.

The class-leading space and remarkable features are what makes it different from others.

The cockpit includes two individual seats, which have integrated headrests.

Besides these, it has some storage units located on its dashboard, door panels, floor console and behind the rear seats, which can take-in a lot of things.

The cabin has been designed impressive space considering its price range the interior Comfort: One thing to note is that, this brand new vehicle is also offered with an optional package for RxE and RxT trims.

The car is further improvised with an electric power assisted steering with auto on/off cabin light, passenger side sun visor and assist grips for rear passengers.

The top of the line variant additionally gets a four speed blower and five position air distribution facilities.

The new model is also coupled with an ultra-light steering that helps it move through tight city spaces and when parking.

The cladding along the sides and around the back reinforces its appearance.

The KWID has a 180-mm ground clearance which is a definite confidence booster, especially when you are negotiating large speed breakers or wandering off the tarmac on a rough terrain.

Renault Kenya is yet to reveal complete details about the equipment grades of the Renault KWID, but has confirmed that a 799 cc petrol engine will be standard. Five exterior colors are available to choose from, including: Outback Bronze, Planet Grey, Moonlight Silver, White and Red. Interior colors include Grey and Red.

Brazil will also be listed among the new markets for the Renault KWID this year, where the car will reportedly debut at the 2016 Sao Paulo Auto Show in November.

The French company says that they will continue unveiling more consumer-driven models that seek to meet the demands of the growing middle class, as part of its initiative to further stamp its footprint in the Kenyan market.

Africa and I documentary: 20-year-old walks, cycles & skates across Africa over…