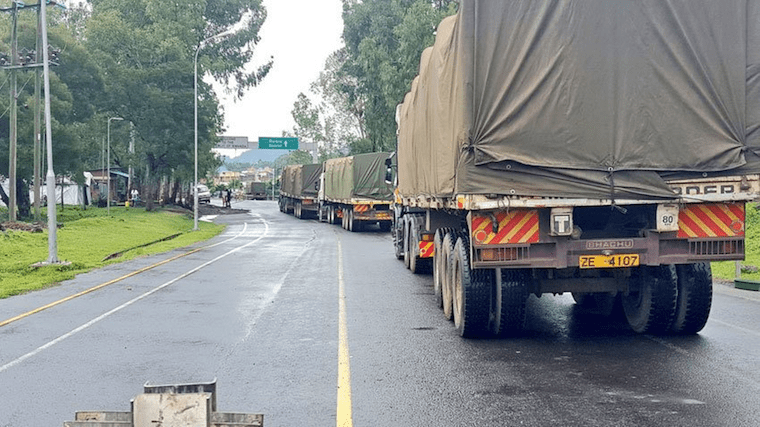 The Uganda-Rwanda border at Gatuna has been re-opened to allow movement of heavy trucks, in what Rwanda says will be a trial its one-stop-border infrastructure. In a statement issued last night, Rwanda Revenue Authority said the area will only be open from today June 10 to June 22, 2019.“Reference is made to Rwanda Transport Development Agency letter dated June 7, 2019, which expresses the need to carry out trials for heavy trucks movement on Gatuna [Katuna] OSBP for a period of two weeks from 10th to 22nd June 2019 and assess the operationalization of the constructed works and equipment before the reception of works,” the letter read in part.     The Gatuna border was closed in February 2019 in what was interpreted as a result of the row between Uganda and Rwanda. During that time, Ugandan traders were advised to use the Kyanika and Kagitumba border posts to enter Rwanda.

Rwandan officials accused Uganda of supporting rebels trying to overthrow the Kigali regime, an accusation Kampala has consistently denied. Kigali also issued a travel advisory to its citizens not to go to Uganda.

Trade between the two countries has since fallen by more than 85 per cent since the February closure. Meanwhile, at an OSBP, passengers, cargo and vehicles stop just once to process border crossing formalities in order to exit one partner state and enter the other.

All procedures and processing of documentation for goods and passengers are carried out in a single clearance hall for exit and entry. Rwanda also says its facility even when it has been completed, it will not be effective since Uganda has not finished construction in its side of the border.Rwanda’s The New Times, a government newspaper, reported last month that Jean de Dieu Uwihanganye, the Rwanda minister of state for Transport, said: “Completion of works is one thing but functioning is another. For One-Stop-Border Post to function, it has to be both sides. So what about the other [Ugandan] side.”
It is still not clear when the border will open fully.