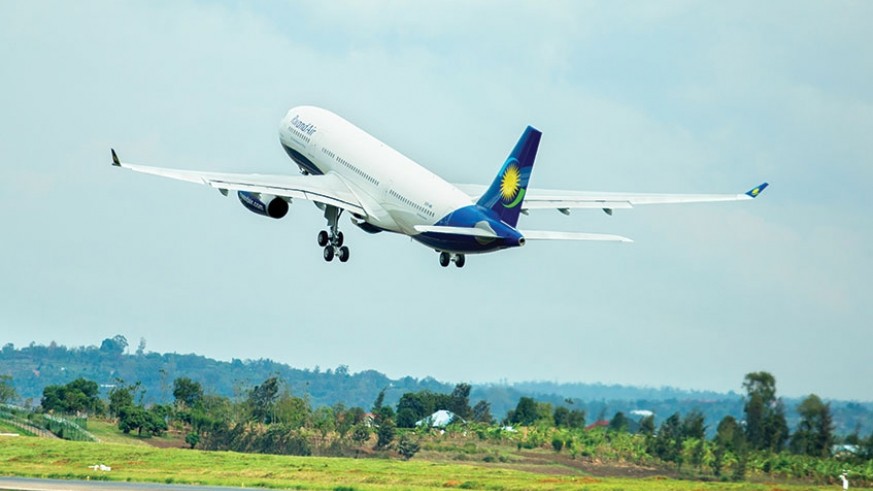 RwandAir, the country’s national carrier, has officially begun operating weekly commercial flights to the Chinese city of Guangzhou, the third largest city in the Asian country.

And there is optimism that the new flight destination will significantly spur trade and tourism, as well as encourage both Chinese and Rwandan investors to make business trips.

Benjamin Gasamagera, a Rwandan businessman who trades in goods from China, said that the flights will make it easier for people like him to travel and do business between the two countries.

“This is exciting for us because some of the biggest problems we have been facing recently are delays and cancellation of flights. There was no predictability of our travels and this was hurting business,” he said.

“With RwandAir, it will be easier to be certain about when to travel and when to reach to the final destination. Even if there are delays and cancellation, it is easier to find out than using a foreign airline,” he added.

According to the former Chairman of the Private Sector Federation (PSF), it would sometimes take over 20 hours to travel from Kigali to Guangzhou.

Last night, RwandAir was set to launch its maiden flight – Airbus A330 – to Guangzhou. The flights will be having a stopover in Mumbai in India before making their way to Guangzhou Baiyun International Airport in Guangdong province.

The Kigali-Guangzhou route will be served three times, according to officials, and this becomes the airline’s third Asian route after Dubai (United Arab Emirates) and Mumbai (India).

This is also the carrier’s longest flight, a whopping 16 hours.

For more than two decades, China has been the producer of the world. It has built production systems that have allowed the country to be competitive globally.

But as the cost of labour increases in the country, Chinese investors are shifting their businesses to other regions, including in Africa. Ethiopia is one of the countries that are already taking advantage of that.

“Why can’t Rwanda, too, take advantage of that to attract more Chinese investors to set up base in Rwanda. And that starts with having good connectivity like reliable flights,” Gasamagera said.

He, however, added that he was looking forward to see RwandAir introducing cargo services as most “business people don’t travel alone but with their goods.”

Rwanda imports goods from China, raw materials for agriculture and other industries, and building and construction equipment, among others.

Zhang Wenping, the Director of the Political section at the Chinese Embassy in Rwanda, said the RwandAir flights will make it easier for Chinese and Rwandan businesses and tourists to travel either direction, thus boosting economic activity between the two countries.

“I think this will be a catalyst for stronger tourism relations between China and Rwanda,” she noted. “We have noted that more and more Chinese are coming to Rwanda and can only expect more to come in the future especially now the new route makes travel easier.”

There are also plans in the pipeline to fly to the United States.

However, looking at the regional aviation outlook, RwandAir will have to be strategic to cash in on these routes. The International Air Transport Association estimates that African carriers will report a $300 million net loss in 2019.

Last year, the African aviation sector reported a $400 million net loss, making it the weakest region globally. The rest of the world made significant profits.